Comment: Shell and US Arctic drilling regulators are too close for comfort 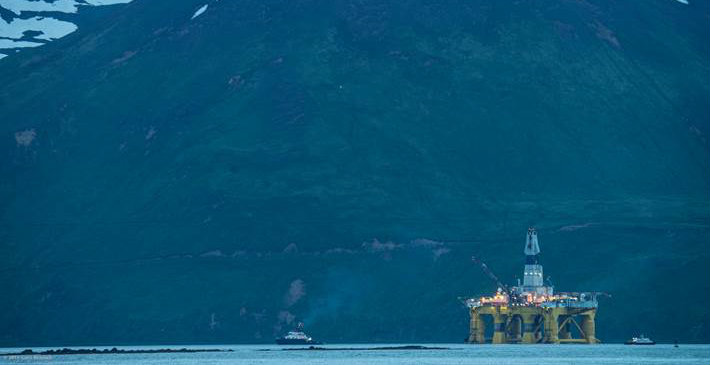 Shell’s drilling capacity in the Arctic this summer has been halved in a recent decision by the US Fisheries and Wildlife Services to enforce minimum spacing requirements between Arctic drilling rigs.

The decision forces Shell to abandon plans to drill two wells simultaneously in the Chukchi Sea, and is a significant setback for the company.

Once again, despite all the money spent (approximately $7 billion so far), assurances of lessons learned, and claims of careful planning, Shell has demonstrated that it simply is unable to adequately assess and deal with the risks of various elements of its Arctic programme – in this case the regulatory process.

But look closer, and it appears that the Department of the Interior has spent several months working out a solution to be able to technically designate Shell’s 2015 effort as a two-rig programme – thereby attempting to counter NGO claims that approval of the exploration plan would need to be unwound – while only allowing one rig to drill at a time.

These legal gymnastics represent just the latest decision – in a series – to raise questions about whether the US regulators are overly focused on facilitating Shell’s return to the Arctic rather than on assessing whether it should be allowed to return at all.

In mid-June a letter obtained by a Freedom of Information request revealed that the US Bureau of Safety and Environmental Enforcement (BSEE) hid its concerns about Shell’s test of its containment dome system, which would be deployed if there was an oil well blowout. BSEE publically chose to describe the tests to the media as ‘successful’.

Shell’s third party audit of its contractor management systems (the root of so many of its 2012 problems)  – recommended by the Department of the Interior in 2013 as a condition to Shell’s return to the Arctic – remains under wraps with Shell refusing permission for its disclosure.

The regulator – in this case the Bureau of Ocean Energy Management (BOEM) – has also signed off on part of that audit being conducted during Shell’s operations in the Arctic rather than its completion being a precondition to the company’s return.

Shell’s Exploration Plan was opened for a brief public comment period and then approved despite the audit – which would contain crucial information to interpret and understand its limitations – not being completed and its terms of reference not being disclosed publicly.

In September last year, an independent spill response gap analysis for the US Arctic Ocean by Nuka Research & Planning Group, LLC, funded by BSEE was published. This study found that even under ideal operational conditions all of the traditional oil spill response tactics would be precluded by Arctic conditions for a significant portion of the time, even during the summer drilling window. However, regulators waved through Shell’s 2015 oil spill response plan which fails to address Nuka’s findings at all.

As to why the regulators seem to have become Shell’s biggest cheerleaders the answer may lie in a January 2014 court decision which effectively barred Shell’s intended return to the Arctic that summer.

The US Court of Appeals for the Ninth Circuit found in favour of Alaska Native and conservation organisations in their challenge to the environmental analysis underlying the US government’s decision to sell leases, including those owned by Shell, in the Chukchi Sea. This led to a delay while a new environmental analysis was conducted and likely cost Shell hundreds of millions of dollars in wasted equipment hiring fees. It’s possible since then the regulators do not want to be seen as responsible for any further delays to Shell’s plans.

Shell has made much of its Arctic programme being heavily scrutinised by regulators as evidence that all risks are being addressed. But an examination of the actions of various US regulators since January 2014 paints a rather less convincing picture.

There is building evidence that the regulators see their role as getting Shell through the regulatory process and on their way to drill rather than ensuring – as President Obama had hoped – that the highest standards are being applied.