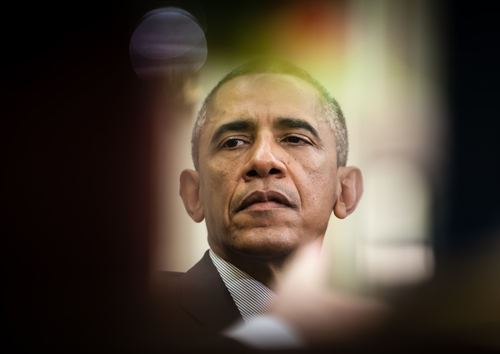 As Shell prepares to drill for oil in the Arctic this summer, a third party safety audit ordered by the US government to ensure there was no repeat of the company’s disastrous drilling operation in 2012 remains hidden from the public.

Shell contractor Noble pleaded guilty to eight environmental and maritime crimes after their last their last attempt to drill in the Arctic nearly caused a major environmental disaster. A heavy storm caused the 28,000 ton Kulluk rig to run aground.

As a result, the Obama administration stated the company would face unprecedented hurdles before it could drill again. The Interior Department made a third party safety audit a key recommendation of its report looking at the 2012 operation.

It has since emerged that Shell hand-picked the auditor to conductor the third party report ordered by the US government.

Unearthed has also seen documents which suggest that the Bureau of Safety and Environment Enforcement (BSEE) had the audit in their possession from November 2014, but failed to publish it.

Notes from a meeting between the Bureau of Ocean Energy Management (BOEM) and Shell on November 20th state: “BSEE advised that Shell has provided the SEMS II Audit Report”. The notes, obtained under the Freedom of Information, also reveal that the report was not provided to BSEE or BOEM for several months despite apparently being “done”.

The audit itself – which comes in two phases, with the first already complete and the second taking place in the field after Shell’s equipment arrives in the region – is yet to be made public, despite the US government recently granting permission for Shell to drill this year.

To date, the Dutch oil giant has spent more than $6billion on its oil exploration programme in the Arctic.

A lengthy Freedom of Information (FOI) battle led by the Greenpeace US office calling for the first phase of the audit to be published has failed to yield results.

Shell’s spokesman Curtis Smith said the company had met the Obama administration’s criteria to drill in the Arctic: “We are pleased to pass along that the independent audit found no issues of significance and we look forward to the next phase during actual operations.”

But with the first phase of the audit still under wraps, Smith’s claims have not been independently verified – through the US government has said Shell has met its regulatory requirements in response to fierce opposition.

The Interior Department has warned of expect further delays on the release of the audit. The administration will make the final call on how much of the audit to reveal, but Shell will be able to propose redacting information it views as confidential, according to correspondence between the Interior FOIA officer and Greenpeace US seen by Unearthed.

Shell would also have the opportunity to “file a court action” to stop the information’s release, even after it has been approved by the White House.

Last year, a US government-commissioned report raised doubts about Shell’s ability to clean up a major oil spill in the Arctic. The research by independent institution Nuka found that even in ideal circumstances, traditional oil spill response tactics would not be possible in Arctic conditions.

Shell seems to disagree, stating: “a very unlikely spill in the Arctic would not be financially material to the company given the precautions we have taken to prevent and respond to a worst case scenario.”

There is at least a 75% chance of at least one large spill releasing over 1,000 barrels of oil over 77-years, according to the latest environmental impact report.

President Obama’s decision to allow Shell to drill in the Arctic comes at a time when his administration has been making otherwise bold moves on climate change. In March, he pledged to reduce US carbon emissions by 28% from 2005 levels over the next 10 years, to signing historic climate deals with China.

In an unusual intervention, the Obama administration put out a statement about Arctic drilling following mass protests in Seattle harbour:

“Obama says he is committed to reducing carbon emissions. But he says consumers will still need fossil fuels during a transition to other energy sources. He says he would rather rely on oil and gas extracted in the U.S. under federal regulations than from foreign sources.”

It is estimated there could be as many as 22 billion barrels of oil and 93 trillion cubic feet of natural gas in the area Shell intends to explore.

Burning Arctic oil would undermine international efforts to prevent global temperatures increasing beyond the mark of 2 degrees – the internationally-agreed threshold beyond which catastrophic consequences of climate change are expected, according to recent research by University College London (UCL).