Comment: Shell’s retreat from the Arctic – what tipped the scales? 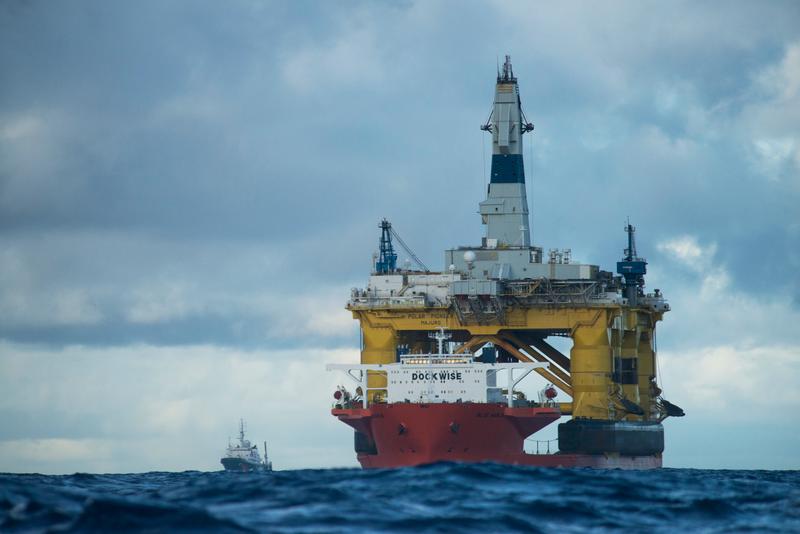 Shell’s announcement that it was abandoning its often chaotic and always controversial Alaskan Arctic project caught everyone by surprise.

Rumours had been swirling of a supposed ‘big find’ in early September; news reports on 17 September quoted Shell CEO Ben van Beurden talking about the timing of any final investment decision; and the company had been adamant about returning to Alaska in 2016 if an oil find was made to assess its value.

So, Shell’s announcement that it was cutting its losses and soaking up the $1.1 billion already committed for 2016 drilling despite finding “indications of  oil and gas” has led people to question the official company topline that there just wasn’t enough oil to justify further exploration.

Shell cited three factors for its decision to walk away from Alaska: poor results from the well, high costs of drilling in the Arctic and the regulatory environment in the US.

Those of us focused on investor campaigning on Shell’s Arctic plans have long been of the view that no single factor – other than the complete lack of oil – would lead Shell to walk away from its exploration phase. That they did in fact make a find but chose to retreat suggests that the scale marked ‘RISK’ had simply become too heavy for Shell to balance – even for its already paid for 2016 plans.

So what tipped the scales?

In 2012 when Shell first embarked on its Arctic foray, the ultimately doomed plan was to drill five wells in that year alone. By 2015 the company’s ambitions had been slashed, in part through its and its contractors’ incompetence and the enforcement of walrus protecting regulations, to one well – at a cost of $1.1bn.

With the current low oil price impacting company cash flow and with Shell already committed to maintaining the dividend through 2016, the idea of maintaining such disproportionate levels of capital expenditure for uncertain return cannot have been an appealing prospect for the Shell board.

But Shell’s Arctic ambitions weren’t just costing it cash – the company was losing its credibility and reputation both among its corporate peers and the general public. Lego was the first to break ranks ending a decades-long partnership with Shell.

The Guardian reported that Shell’s attempts to establish credibility on climate change were being hampered by its Arctic plans and they were also said to be the root cause of Shell’s departure from the Corporate Leaders Group on Climate Change.

Meanwhile, over seven million people around the world had sprung into action in opposition to Shell’s Arctic plans. The project became a symbol of the fight to tackle climate change and ultimately the most controversial and scrutinised oil project in the world.

The Guardian and the FT  reported that sources inside Shell were ‘taken aback’ by public protest. The prospect of a building current of pressure from at least another year of inspiring physical opposition of the type seen in Seattle and Portland and other countless centres of energy and daring during 2015 further loaded the ‘risk’ scale.

Investor attitudes to this project moved rapidly from resignation to its inevitability in 2012 to incredulity in 2015 at Shell’s dogged determination in the face of all evidence questioning the economic, environmental and reputational wisdom of this project.

The Arctic soon became the priority topic of dialogue with Shell for many mainstream investors. The company’s plans were scrutinised and challenged by investors both privately and in public – the consequences of Shell’s repeated missteps on investor confidence in this project being made clear to the board.

It’s long been rumoured that Shell was a divided company when it came to Arctic drilling. While the pro-drilling camp had a find of some description to place on the reward scale, those more concerned about the project came laden with wasted capital; uncertain return; growing reputational damage; investor and leading US presidential candidate opposition; peer group isolation; the risk of a spill; and climate change. The scales had irreversibly tipped and Shell’s Arctic adventures were at an end.

Ben van Beurden’s personal journey on Arctic drilling ultimately concluded in a dead-end. He and Shell took the only course available – reverse.

So, after four years, seven billion wasted dollars and a shredding of its reputation among peers and the public, Shell once again finds itself at a strategic crossroads.

Much has changed in those four years, not least the positive signs of progress among international politicians towards a climate deal and general public attitudes to fossil fuel companies.

The direction Shell chooses  now will determine its fate – there is no more time for wasteful detours. The arc of inevitability has been bent away from Arctic drilling and an ever-expanding oil industry and it bends now towards climate action. Shell and its peers must follow that arc if they are to have any role in a clean energy future.