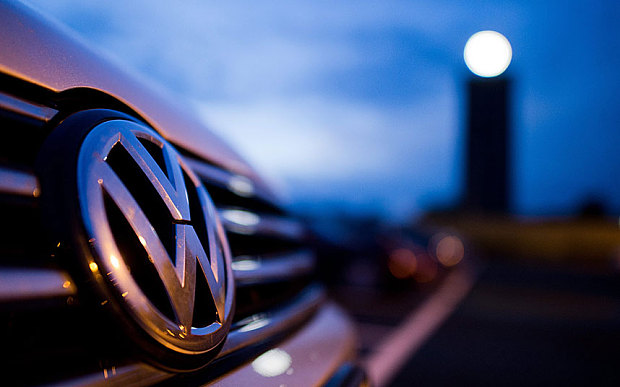 The Managing Director of Volkswagen UK claimed in parliament today that the scandal which saw it rig – or as he put it “mishandle” –  the emissions test results for millions of diesel cars has not resulted in any extra emissions of Nitrogen Oxides (NOx) compared to what people may have expected.

VW boss claims that there was no extra NOx #emissions put in atmosphere despite use of defeat devices in car testing pic.twitter.com/TVtd2IZIdc

In an astonishing admission Volkswagen’s Paul Willis claimed that he – and everyone else – always knew his vehicles emitted far more pollutants than test results showed, so how his company rigged them is essentially irrelevant to public health.

The utterly bizarre assertion came in response to repeated questioning by MPs – including Caroline Lucas – focusing on how much more NOx VW’s cars have emitted compared to what was claimed in test results.

This matters because NOx and its derived substances, such as ozone, can trigger asthma, reduce lung function and cause lung diseases including bronchitis, according to the World Health Organisation. It is also associated with increased incidence of heart disease and premature deaths.

A preliminary analysis by Unearthed suggested that the extra emissions not previously known about could have caused hundreds of additional deaths worldwide.

In response VW UK Managing Director, Paul Willis, accepted that the UK car industry did have a responsibility to reduce the approximately 50,000 deaths each year from air pollution and revealed that he and his family had asthma.

However he then flatly denied that any extra NOx had been emitted or that the company bore any responsibility at all for increased air pollution specifically as a result of the testing scam – because consumers must have known the tests were nonsense from the start.

In a contorted twist of logic Mr Willis argued that despite the firm deliberately misleading regulators on both sides of the Atlantic about the amount of NOx its cars emitted, and despite the fact it published these results to consumers, nobody could credibly believe the results of lab tests reflected real world driving conditions anyway, so VW cars had not – in fact – polluted cities any more than was claimed.

VW CEO on NOx emissions and health impacts “we’re talking about mishandling of a laboratory test” not real world emissions.

Like a desperate double-glazing salesman the embattled executive essentially claimed that your house isn’t any colder after installing his windows than he said it would be, even though it is.

When, shivering, you ask why, he explains that the test he used to prove to you that your house would be significantly warmer is merely a ‘lab’ test which nobody believes, so the fact he rigged it a little really doesn’t matter. Your house would have been cold anyway so really, it’s your fault your children have a cold.

In fact he went on to move the blame for the scandal towards the very regulators (and governments) the company’s engineers have gone to great lengths to mislead – claiming that their testing regime did little to help the industry.

It came as he and a representative of the motor industry association (part-funded by VW) argued that lab-testing was flawed and unhelpful. The volte-face comes after the motor industry has previously lobbied against changes to the testing regime designed to make results more closely reflect real world emissions.

It’s hard to say where this legally inspired line of argument will ultimately lead, but consumers beware. When VW tells you that official tests suggest its cars can brake within a certain distance or meet a certain number of miles per gallon, they may actually be relying on you to know that the data is complete nonsense.

What he said in quotes