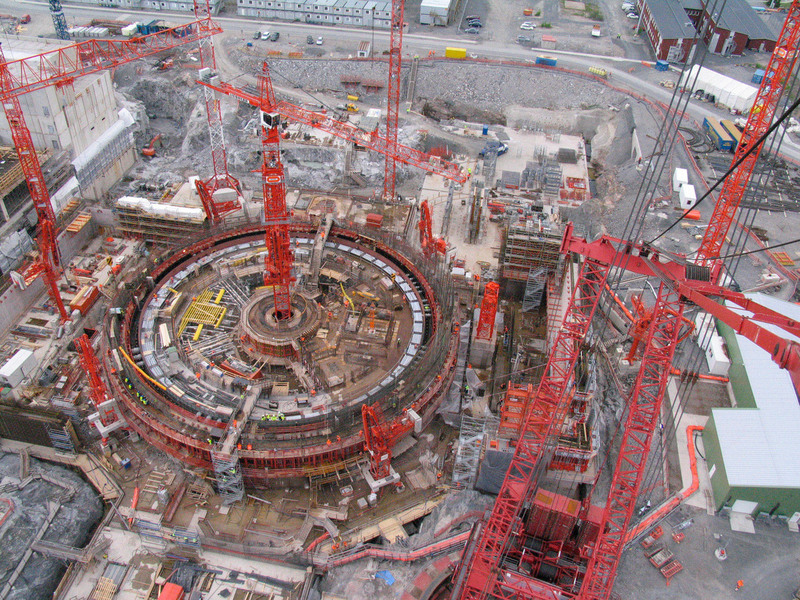 Firms drafted in to build the UK’s first nuclear plant in a generation have a history of failures and cost-overruns, according to an analysis by Unearthed.

Research also revealed evidence of poor working conditions and a failure to employ local workers at a similar project in Finland.

EDF has promised 60% of the workers for Hinkley will come from the UK.

This comes as EDF’s chief finance officer has quit over the company’s decision to pursue Hinkley in the face of a series of crises.

He follows out the door the project director, who quit last month.

In a January meeting behind closed doors at the House of Commons, attended by the French energy company and stakeholders, the frustration in the room was tangible.

EDF’s nervousness follows a litany of failures at all three other recent attempts to build a European Pressurised Reactor (EPR), the design they hope to construct in Somerset.

Among those EPR failures is the Olkiluoto 3 (OL3) in Finland.

Hinkley Point supplier and EDF merger partner Areva is embroiled in complex legal action over delays and costs at the nuclear plant owned by Teollisuuden Voima (TVO), the Finnish company with whom they partnered.

The nuclear energy power plant was supposed to come online in 2010, but its earliest deadline is now 2018.

Partly responsible for the delay is Areva’s dispute with TVO at the International Arbitration Court over increased costs, with TVO seeking compensations of 2.6 billion euros from the Areva-Siemens consortium, while Areva is counter-claiming 3.5 billion euros.

At the APPG, EDF suggested mistakes were made in the contract with the signatory parties not understanding each other’s duties.

EDF is now looking at a similar contract, this time with China’s CGN.

Areva and EDF have not responded to requests for comment. We will update if they do.

Another Hinkley firm involved in Finland is Bouygues, one of Areva’s OL3 subcontractors.

Bouygues is another French construction company with a worldwide reach and a track record of difficulties, including the only other European EPR projects Flamanville and Olkiluoto.

Infrastructure projects like the Channel Tunnel or the Guatrain railway network in South Africa, the Port Miami undersea road tunnel in Florida and the EPR construction at the nuclear power plant in Flamanville make up an unexhausted list of projects affected by delays, fines, overcosts and arbitration disputes.

Research commissioned by Greenpeace in 2009 featured interviews of Olkiluoto 3 workers.

Ex-OL3 workers, who spoke with Greenpeace under the condition of anonymity, said some Bouygues and other companies’ supervisors had sometimes ordered workers to pour concrete over technical faults, such as broken welds, in a rush to carry out the works.

The interviewed workers lacked the expertise to assess how important such faults were.

Another worker whose labour was overseen by Bouygues said that in some parts of power plant, reinforcement aluminium rods were missing.

A subsequent investigation by the Finnish Radiation and Nuclear Safety Authority (STUK) did find deficiencies in the welding systems but said they were swiftly addressed and that the responsibility did not lie with Bouygues.

Asked to comment on the catalogue of problems that occurred at OL3 and other construction sites, a Bouygues spokesperson said: “We will not respond to your proposal: as a policy, Bouygues Construction never comment on press rumors and/or during court proceedings.”

The revelations came in the context of widespread concern about working conditions on the OL3 plant under Areva’s leadership.

In fact, workers reported to Greenpeace that Bouygues was – by the standards of the project – the best subcontractor, as it was fair in terms of pay and benefits in comparison to other companies that contracted foreign workers for OL3.

“Finnish building workers were waiting for workplaces, but the plant was built by the thousands of posted foreign workers, from more than 60 countries.”

— Kyösti Suokas, the vice-president of the Finnish Building Workers Union

Workers reported that some contractors refused to pay sick leave, changed contracts after they had been signed, blacklisted those joining a union or withheld workers health cards or passports.

Anna Kontula, a Finnish researcher who was working for the University of Tampere at the time, spent a month in a barrack village in a forest observing the living conditions of migrant workers brought in from overseas to build the nuclear plant

She found evidence of workers being paid cash and said poor transportation to local healthcare facilities made it difficult for injured workers to claim sick leave.

The workers’ discontent and reports of cover-ups were widely circulated in the Finnish press at the time. The Finnish Radiation and Nuclear Safety Authority (STUK) was aware of the rumours and the related stories in the press which tied into their investigations, STUK told Unearthed in an email.

Kyösti Suokas, the vice-president of the Finnish Building Workers Union and a former welder at OL3 told Unearthed: “I can not say that the building work is made badly. Finnish authorities are controlling very strictly the building process and I believe that the errors noticed have been repaired.”

He also said the firms building OL3 hired workers from abroad, despite the reported availability of Finnish workers; many of these workers did not speak English, let alone Finnish.

Hinkley nuclear plant’s constructors have assured them that 60% of the working force needed to develop the facility is going to be recruited from the UK, trade union UNITE confirmed to Unearthed.