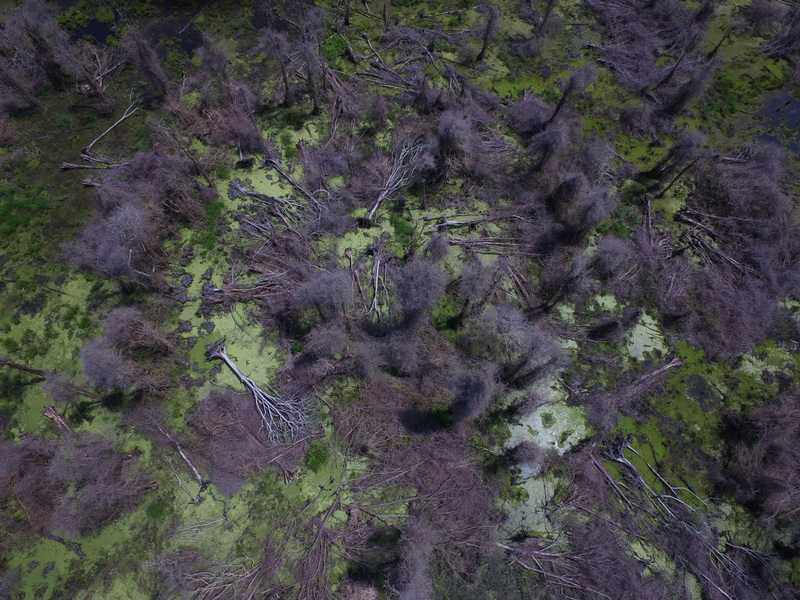 Palm oil giant IOI continues to drain and develop fire-prone peatland concessions in West Kalimantan despite an Indonesian government ban on peatland development, according to an investigation.

The company have faced sanctions from both the government and the Roundtable on Sustainable Palm Oil (RSPO), and recently had their RSPO certification revoked leading to a number of consumer firms cancelling contracts with the trader. 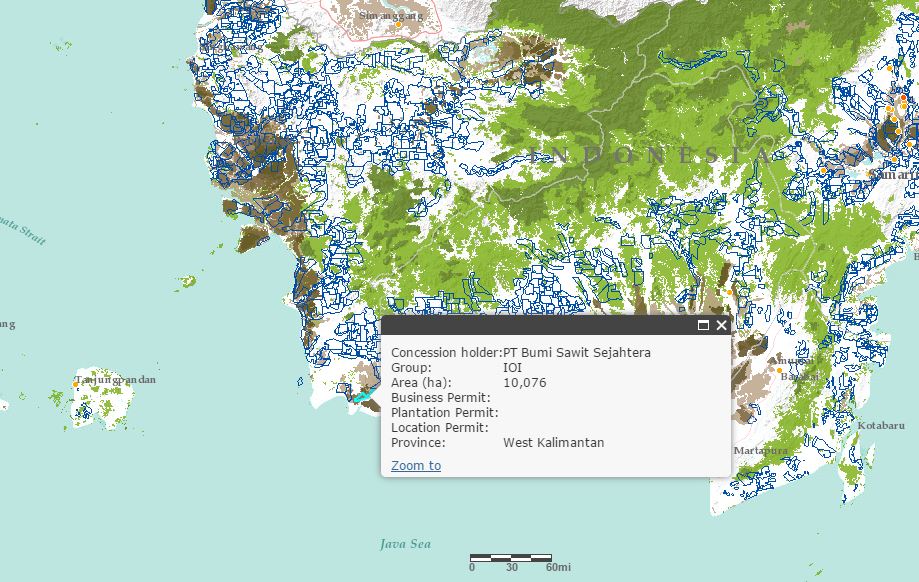 Taken from a live interactive map of Indonesia’s forests – click the image to explore the map in full.

Draining peatland is an essential first step in developing a palm oil plantation. But in drying out the land, it also increases the risk of forest fires.

Indonesia suffered widespread, severe fires – that could have emitted more carbon dioxide than the UK in a year – at the end of 2015.

In October last year PT BSS was sanctioned under the 2009 Environment Act for failing to prevent fires.

And in November 2015, the Indonesian president and Minister of Environment and Forestry instructed palm oil companies to dam primary canals used for drainage, halt all development on peat, and restore all burnt areas. 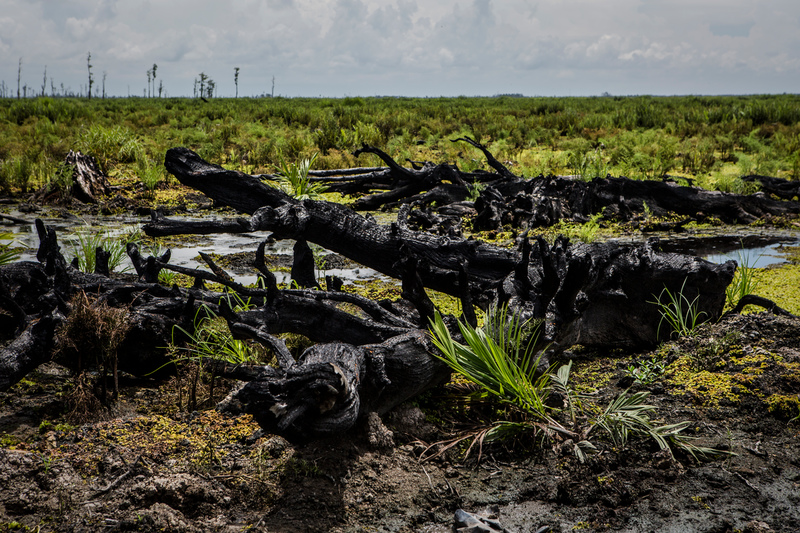 According to a local source the company has left more palm oil saplings in burned areas – ready for further planting in the burned area once conditions were dry again.

Fires in Indonesia impact upon the whole region. In response to this, in 2014 the Singaporean government passed the Transboundary Haze Pollution Act (THPA), making companies that fail to prevent fires liable for haze pollution.

Earlier this month, IOI was suspended from the RSPO for deforestation, peatland drainage, operating without proper licences, and failing to prevent fires in PT BSS and its other West Kalimantan concessions.

Greenpeace Indonesia is preparing a dossier of evidence including official land tenure documents, satellite images, NASA fire hotspot data, and field documentation to submit to the Indonesian and Singaporean governments.