Analysis: Is this the end of the road for the Amazon megadam? 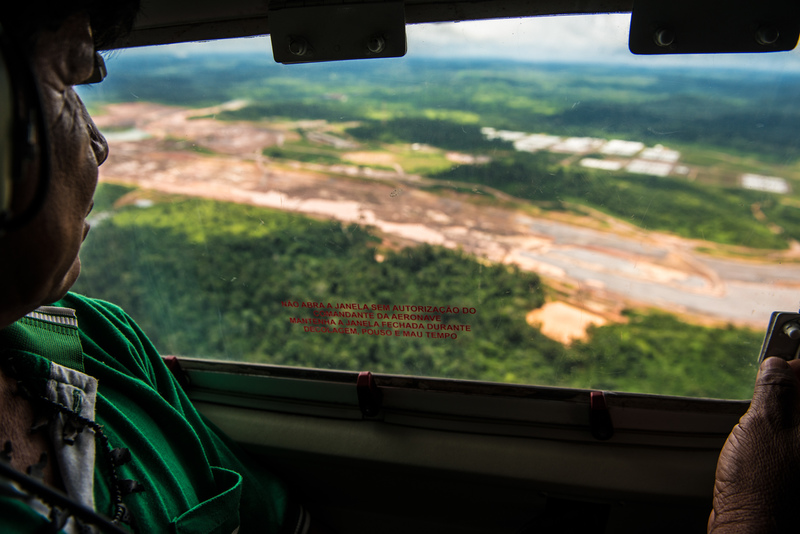 Brazil’s environmental authority IBAMA has suspended the licensing process for the planned São Luiz do Tapajós hydroelectric dam in the Amazon.

However the suspension may in fact prove temporary, and is subject to the ongoing political chaos in South America’s largest economy.

The move was a response to a notification from the Brazilian agency for indigenous issues, FUNAI, which identified the area as occupied by Indigenous Peoples.

The Munduruku are an Indigenous group numbering around 12,000 who live on the Tapajós, the Amazon’s fifth-largest tributary. They will have parts of their ancestral lands flooded if the 8000MW capacity dam goes ahead.

FUNAI finally published their report on the Munduruku land last week after years of delays.

The report published by FUNAI defines around 170,000 hectares of land in the Amazon as being traditionally occupied by the Munduruku. This is the first step towards resuming the official land demarcation process, which has been stalled for a decade.

If the land claim demarcation process is completed, the dam, if built, could be in violation of the Brazilian Constitution – which forbids the permanent removal of Indigenous Peoples from their lands except in cases of epidemics or war.

The unexpected developments come in the midst of an impeachment campaign which could see the Brazilian President Dilma Rousseff ousted as early as 12 May.

The suspension of the licensing process is, very crucially, not a cancellation of the project – each of the decisions can be reversed or overruled at any time.

The FUNAI report on the lands can be rejected by the much more powerful Ministry of Justice, or simply left unanalysed for years.

The Brazilian Congress is also currently attempting to revise this very licensing legislation – a strategic development law known as PLS 654/2015 – in order to fast-track the whole licensing process for such ‘strategic’ projects.

The new rules could weaken or even annul IBAMA’s decision to suspend the licensing process for the Tapajós dam.

With changes to the very licensing legislation that controls the process of developing such projects on the horizon, and in the hands of a shifting government, it is almost impossible to believe the dam is anywhere near being shelved.

Current political instability in the country makes this unlikely to be resolved quickly.

The current confusion comes as President Rousseff is facing impeachment.

She is accused by her critics of trying to plug budget gaps in the country’s finances with illegal loans from state-run banks, which her administration insists was above the law. Her party has also been accused of using graft money for funding electoral campaigns.

But her accusers also stand accused of more serious charges.

The key political figure leading the impeachment campaign, and second in line to the presidency, is Eduardo Cunha, the speaker of the lower house. He is himself facing multi-million dollar bribery charges.

First in line, Vice President Michel Temer, does not have widespread support amongst Brazilians – with one estimate suggesting he would only command 2% of the public vote.

Temer also allegedly received bribes from the construction company in line for the Tapajós contract, Camargo Corrêa, totalling $345,000 – according to documents seized from the company years ago. This relatively small case is credited with leading to the Lava Jato corruption probe.

They involve Brazil’s other major hydroelectric dam project, the Belo Monte dam, which is the third-biggest hydroelectric dam in the in the world in installed capacity after China’s Three Gorges and the Brazil–Paraguay Itaipu.

The former president of construction company Andrade Gutierrez said in his plea deal – details of which are supposed to be kept confidential – that contracts for Belo Monte were used to generate 150m reais ($41.4m) in donations to the ruling coalition.

The Belo Monte dam complex – which was built after it had its license suspended in 2012 and 2013 – was allegedly used to generate $41.4m in donations to leading coalition parties.

This helps to explain why the unpopular project was pushed through even when international and regional human rights bodies and a federal court deemed it inappropriate on the grounds of indigenous peoples’ rights.

As it nears operation however, Belo Monte is widely seen as an engineering disaster in Brazil, expected to produce far less than its intended 11,000MW capacity – and particularly in the dry season, when it will only produce around a tenth of that.

Licensing was pushed through for Belo Monte during a time of economic growth for Brazil, which has since stalled. The downturn is seen as one of the many triggers for the political upheaval facing the beleaguered President.

The land claim progress and licensing suspension is certainly positive news for the Munduruku – but given the historical and political context, it seems their struggle is not over yet.