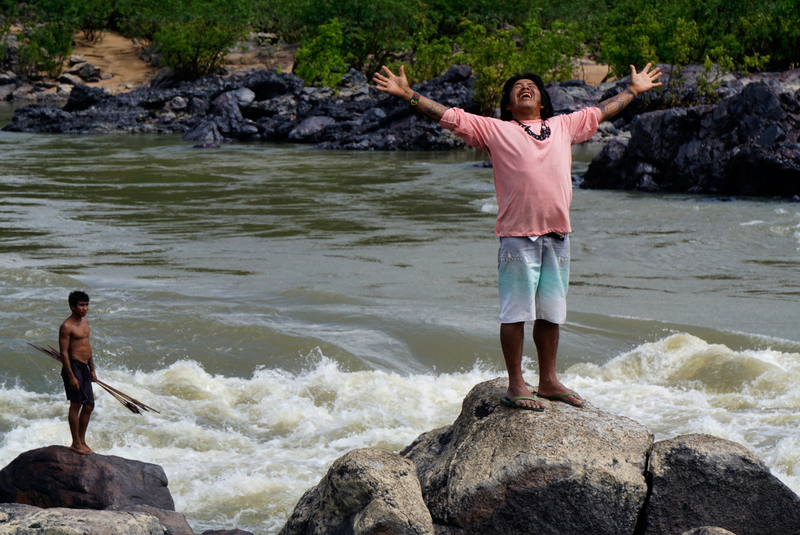 The license for the first of five “large” dams planned for the Tapajós River has just been cancelled by Brazil’s environmental agency, IBAMA.

More than 40 dams are planned for the Tapajós and its tributaries.

The agency cited concerns over the impact on the Amazon’s indigenous peoples and the environment.

The cancellation of the license for the 8000MW São Luiz do Tapajós hydroelectric dams is welcome news for the thousands of Munduruku indigenous people who live on the Tapajós River.

The news does not effect plans for further dams – or prevent plans for this project being re-submitted in a different form.

Listen to the first episode of Unearthed, our new podcast, to learn about the Munduruku’s ongoing campaign against dams in the Amazon.

Arnaldo Kabá Munduruku, General Chief of the Munduruku, said:
“We Munduruku people are very happy with the news. This is very important for us. Now we will continue to fight against other dams in our river.”

The Munduruku have been pressuring the Brazilian government to officially recognise their ancestral lands, in a bid to block such projects from being realised.

The building of dams on the Tapajós River, the fourth-largest tributary of the Amazon,would mean the relocation of Munduruku indigenous communities, which is forbidden by the Brazilian Constitution.