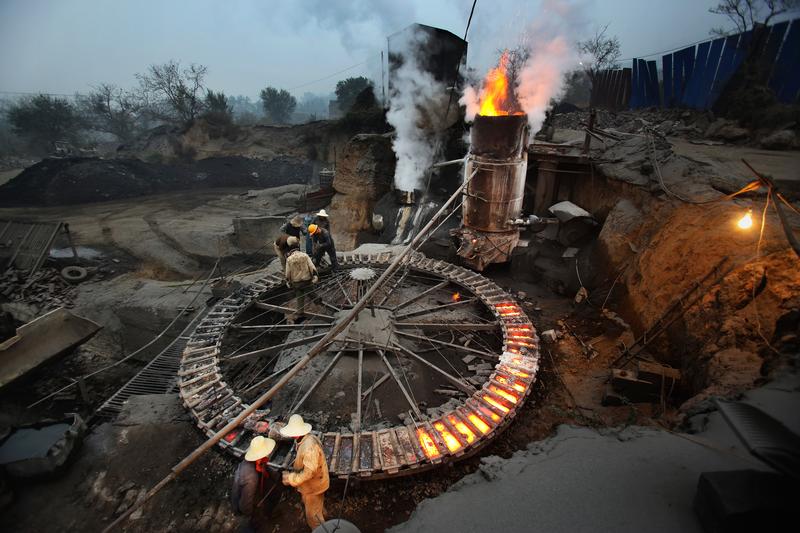 A huge number of steel mills across China were shut down last year – with capacity equal to that of Europe’s largest producers Germany and Italy – as Beijing grappled with an overcapacity crisis that threatens to harm the economy.

And yet the country’s operating steel capacity actually increased by 36.5 million tonnes — which is double the total steelmaking capacity of the United Kingdom.

The surge in heavy industry output contributed to worsening air pollution in the Beijing region last year, following years-long progress in cracking down on smog.

The alarming trend has continued into 2017, with year-to-date pollution levels a whopping 80% higher than year ago.

A new report from Greenpeace East Asia and consultancy Custeel reveals that many of the steel mills closed last year were already idle, and that other previously-shuttered mills came roaring back to life as the government shifted economic policy to favor smokestack industries and construction.

After years of slowing steel demand, China is forecast to see demand fall further in 2017, and thus the increased output will feed the global glut — and likely keep wholesale prices low.

Interactive map: based on documents from provincial governments as well as industry surveys carried out by the consultants.

A total of 10 Chinese provinces increased their steel operating capacity in 2016, with a particular upswing in the regions surrounding Beijing.

Meanwhile only 6 provinces saw capacity fall, most of them in the country’s southwest.

But despite all that, on paper, China surpassed its capacity elimination target for the year, and made a large dent in its 2020 goal.

That means there will likely be substantially less steel capacity cut in the coming years, unless the government changes tack.

Moreover, with 21Mt of new capacity in the pipeline and at least 42Mt of existing capacity lying idle, most of the capacity closures planned for the next few years could easily be offset.

China’s steel demand growth has been slowing since 2011, with 2014 seemingly its peak and a bumpy fall thereafter.

This shift, coupled with continued capacity additions, has created a massive overcapacity problem, with financial risks at home and a worsening global glut that keeps prices depressed.

Last year’s surge in steel production –  36.5Mt – came in spite of a government policy that successfully closed 85Mt of capacity.

Nearly three quarters of that 85Mt was already closed or idle, meaning that only 23Mt of actually operating capacity was shut down.

The fight against overcapacity became a game of whack-a-mole.

And most of that new activity happened in the provinces around Beijing, with 75% of restarts in just three provinces: Hebei, Shanxi and Tianjin. 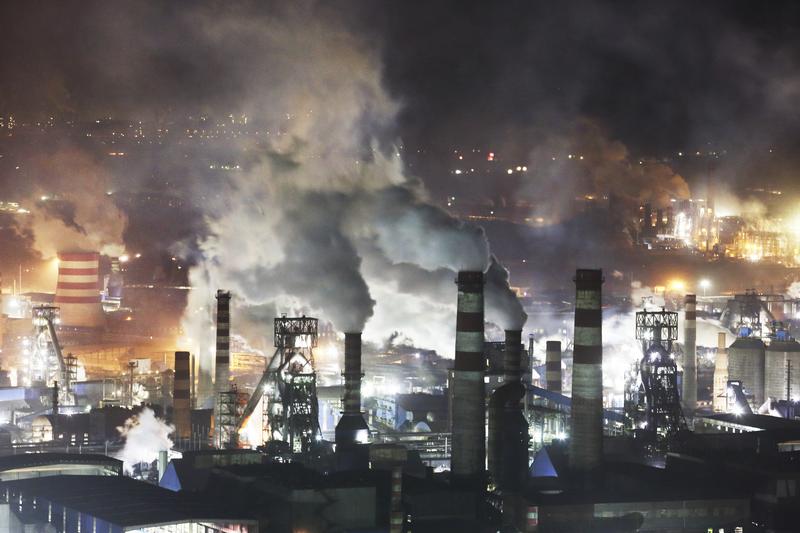 Which leads us to the environmental impacts of this steel surge: the smog.

After years of steady improvement, Beijing’s air was remarkably polluted this past winter.

It’s no coincidence that the steel sector is the number one source of air pollution in the region, whereas thermal coal is largely to blame elsewhere in the country.

That’s partly down the poor pollution controls, with the sector emitting twice as much particulate matter per tonne of steel in nearby Hebei than in similarly steel-strong Jiangsu, according to official data.

The report finds that capacity cuts failed to target the least efficient mills, missing an opportunity to eliminate the highest-polluting factories.

Late last year we revealed how resurgence in heavy industry volumes had started to undermine Beijing’s progress in tackling smog in northern China.

As a government-engineered construction surge pushed steel and cement volumes up in 2016, the rapid progress in air quality in the Beijing region stalled, and even reversed for certain months.

The change in the trend was already occurring in the second quarter of the year, and became particularly apparent with the severe air pollution episodes experienced in November and December.

This trend has continued into the new year, with Beijing’s PM2.5 levels in the last five weeks almost twice as high as in 2016.

The massive amount of slack – idle steel mills and under construction capacity – in China’s steel industry means that much larger capacity cuts will be needed than the government initially anticipated.

Local governments’ actions to prop up local industries are not properly scrutinised, and there is no transparent criteria established to eliminate the highest-polluting capacities.

There’s a lot that could still be done to improve the policy.

Ultimately, however, the problem can only be resolved by getting rid of contradictory economic policies that promote excessive output and investment on one hand, while trying to stem overcapacity on the other.