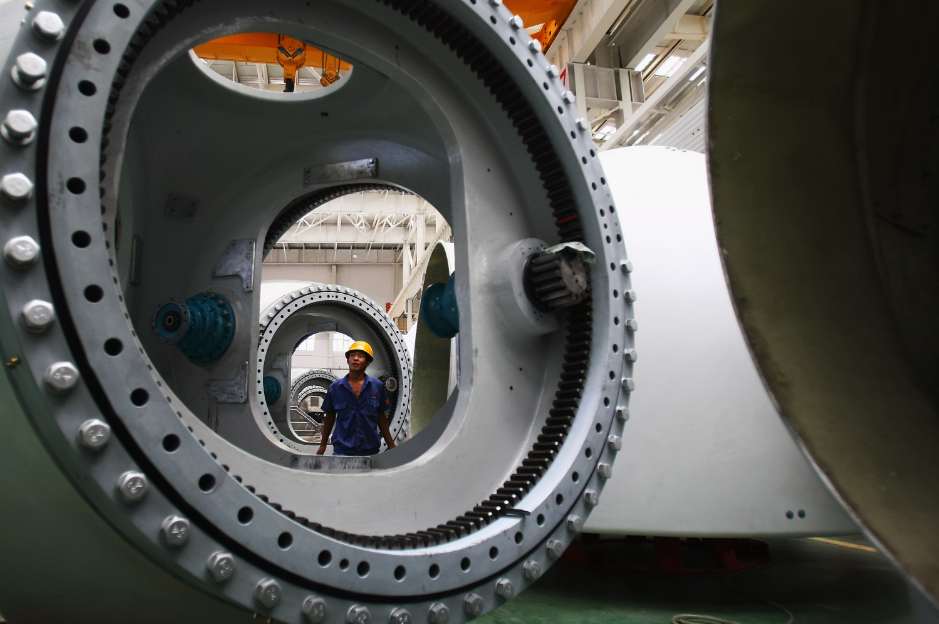 Wind and solar power generation is skyrocketing in China, but a large – and growing – proportion is going to waste, according to the latest data.

In 2016, China’s wind curtailment rate – the amount of wind power that could have have been generated and used but wasn’t – reached 17%, more than double what it was in 2014.

The amount of wasted wind energy over the past three years is roughly equal to Beijing’s annual electricity consumption.

Meanwhile China’s solar curtailment rose by 50% in 2015 and 2016, with last year’s curtailed power equivalent to the total amount of solar energy generated in France in 2015.

Because renewables rely on the sun shining and the wind blowing, the amount of energy they can produce can varies — from very little to a whole lot.

But sometimes solar panels and wind turbines stop producing power even when they are able to are able to produce more.

Surplus energy is lost — because either the grid isn’t equipped to handle it, there isn’t any way to store it or other types of energy like coal are given priority.

The latest load of curtailment data, courtesy of Greenpeace East Asia, reveals the scale of the problem.

Some provinces are grappling with the curtailment crisis more than others, with 43% of potential wind power in Gansu lost and 38% in Xinjiang wasted.

The solar sectors in these provinces are also hurting, with the curtailment rate reaching 30 and 32% respectively.

The cost of curtailment to the Chinese solar industry was RMB 9.4 billion (more than $1 billion) last year.

There’s no one single cause for all this curtailment, but here are a few reasons:

3. No formal means of punishing curtailment

To its credit, the Chinese government is trying to tackle the problem, last year pledging to reduce wind power curtailment to 5% by 2020 as part of its Five Year Plan.

But is it enough?

Coal vs Renewables: The battle for China’s grid