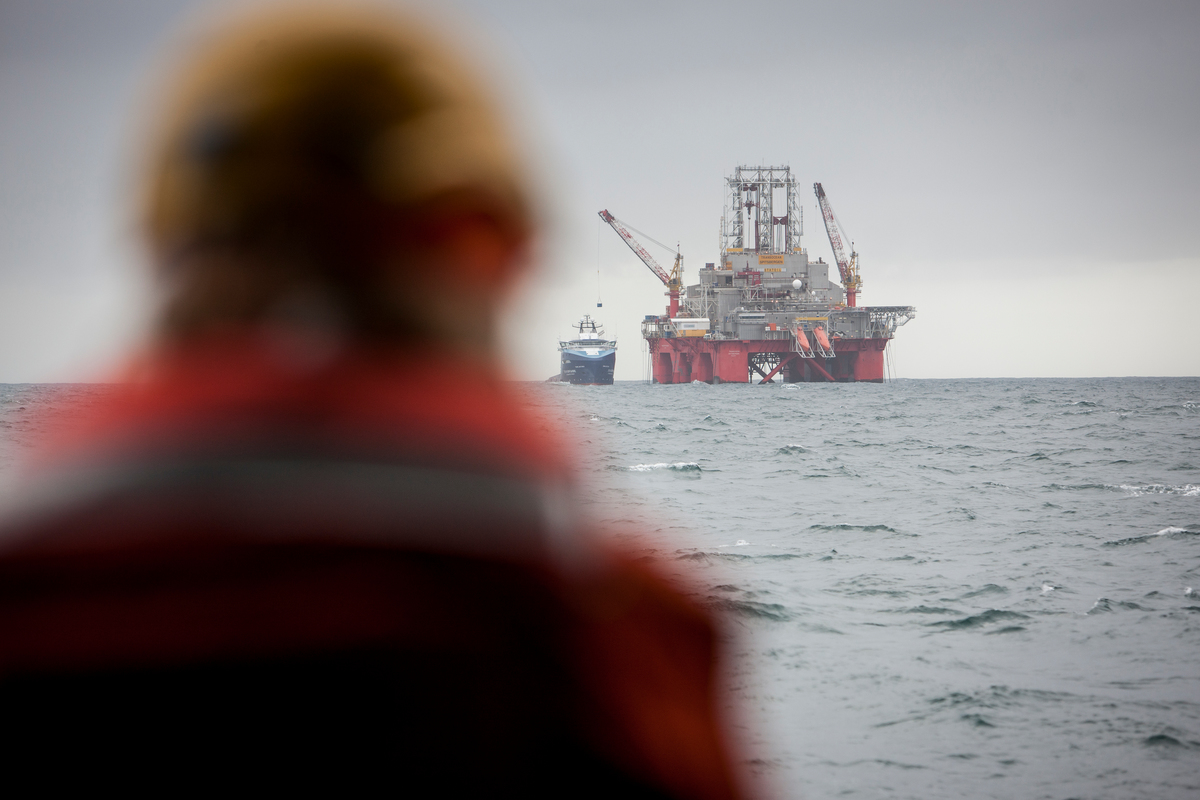 Norway’s oil regulator has voiced ‘concerns’ over a surge in serious safety incidents as the industry prepares for its latest Arctic drilling drive.

The warning comes as an Unearthed analysis of media reports highlights 14 major incidents state-owned Statoil has suffered over the past 18 months.

The rate of both potential and actual serious incidents also increased last year, whilst the amount of oil spilled nearly doubled from the year before, according to an analysis of company documents. 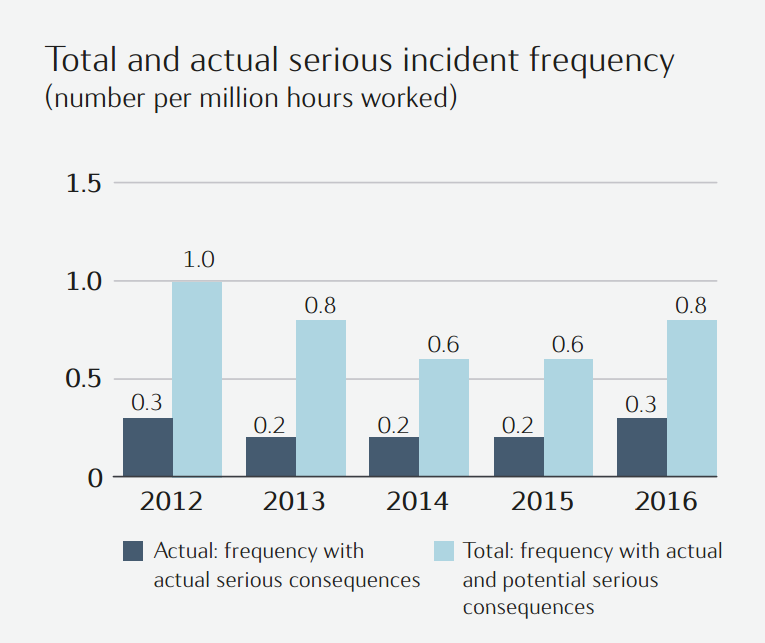 Norway’s oil industry as a whole suffered 11 significant leaks last year, the most since 2011, and 14 well control incidents, the highest rate for more than 5 years, according to a new report from the Petroleum Safety Authority (PSA).

“We are concerned because we see that a big change is taking place,” the PSA’s Eileen Brundtland told Unearthed.

“We had so many serious incidents last year and we see that a lot of conditions are moving in the wrong direction.”

“We see it in the investigations. We see it in more whistleblowing reports. There’s a totality to it.”

The PSA’s intervention is part its new ‘reversing the trend’ initiative — designed to raise awareness of the industry’s worsening safety record, including spending cuts in health, safety and the environment.

The news comes on the eve of Statoil’s annual general meeting, and just as the firm is set to start drilling the first of five new exploratory wells in the Arctic waters of the Barents Sea.

We have reached out to Statoil for comment and will update if and when they respond.

Statoil, by far the biggest operator in the Norwegian Arctic, has seen an increase in the rate of both potential and actual serious incidents last year — after a decade of safety improvement stalled the year before.

The deadliest event was a helicopter crash in the North Sea in April which killed 13 people.

But the firm’s safety issues went beyond this single tragic accident.

“We also experienced a number of serious incidents in 2016, two of which had a major accident potential,” Statoil admitted in its report, in reference to a poisonous gas leak at a Norway oil terminal and a well control incident in the North Sea.

An Unearthed analysis of media reports highlights 14 major incidents that Statoil has suffered over the past 18 months [mapped below].

This list of incidents – available in full here – includes 4 gas leaks, 2 fires and an oil spill.

People involved in Norway’s industry are seemingly alarmed by this trend, with the number of whistleblowers jumping from 20 in 2015 to 36 in 2015, according to the PSA.

“It’s not a big number, but it’s a huge increase,“ Brundtland said.

“They’re also more extensive than they were before [when] it was usually one whistleblower reporting on one incident at one facility, now we see that there’s more subtext on an industry level — and they’re more concerned about major accident risk.”

Towards the end of last year, the PSA asked Statoil if the flurry of safety incidents was related to recent cost-cutting measures.

Just a few months earlier the Norwegian oil giant had cut around 250 jobs, more than half of which were in health, safety and environment.

After meeting with Statoil executives, a PSA spokesperson said: “We know that they had quite large changes in their organization regarding cost cutting and efficiency.”

“The question is whether there is a link between these changes and the causes of these incidents.”

Brundtland downplayed the connection, insisting that “we can’t say there’s a direct link” but did admit that “there are always a number of factors in serious incidents — and cost cutting can be one of them.”

She also observed that “there is a change in the rhetoric of the [oil] companies.”

“Before they were always talking about continuous improvement in safety, now they are saying we will not compromise on safety when we cut costs.”

The issue has raised concerns amongst campaigners because Statoil is moving into potentially higher risk waters in the Barents Sea, also known as the Norwegian Arctic.

The Norwegian Petroleum Directorate expects the industry to deliver a record number of exploration wells this year in the Barents — and that starts with Blåmann, Statoil’s first of five new projects in the region, which is due to be drilled this month. 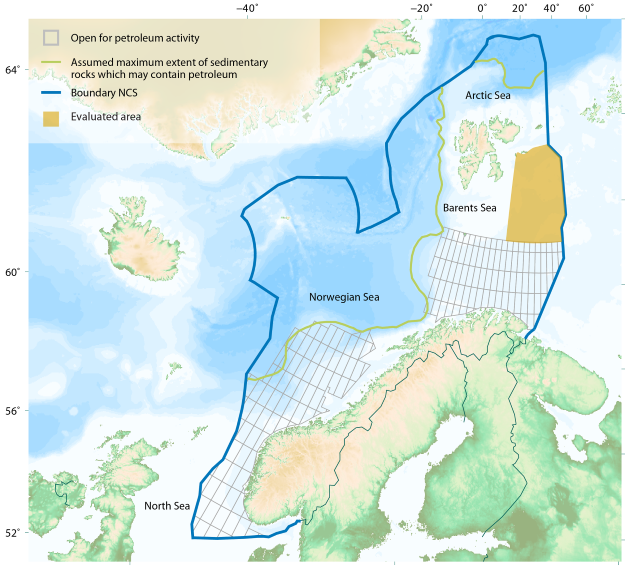 The NPD is also looking even further north, revising upwards the oil and gas reserves of the last untouched area of the Barents, one which borders the Arctic Sea.

This new area, which is not yet open for petroleum activity, neighbours the Svalbard island — home to a number of marine mammals, including whales and walruses.

It is an especially nearby the small Kong Karls Land, where polar bears roam.

“We’re worried that Statoil is pushing the limits of Arctic petroleum activity,” Sigurd Enge, Arctic adviser at the Bellona Foundation, told Unearthed, “and the Norwegian government seems to be in a hurry getting Arctic oil and gas out to the market.”

Indeed the Norwegian government lobbied vociferously and successfully against an EU resolution to phase-out Arctic drilling, as revealed by Unearthed earlier this year.

Enge continued, making the climate case against the oil exploration expansion: “Arctic oil and gas must be first in line to stay in ground to achieve the Paris Agreement.”

The Norwegian government is currently facing a unprecedented lawsuit from NGOs – including Greenpeace Nordic – over its potentially climate-busting project.

Enge also stressed that “the risk of accident is higher in the Arctic due to harsh weather conditions and lack of oil-spill preparedness.”

Brundtland, meanwhile, explained that “there are no special regulations that apply in the drilling activities in the far north.”

She concluded that the industry “cannot risk a major accident.”

“If it happens to one company it will really affect the whole industry.”