Mapped: Nearly half of China’s provinces have failed to clean up their water 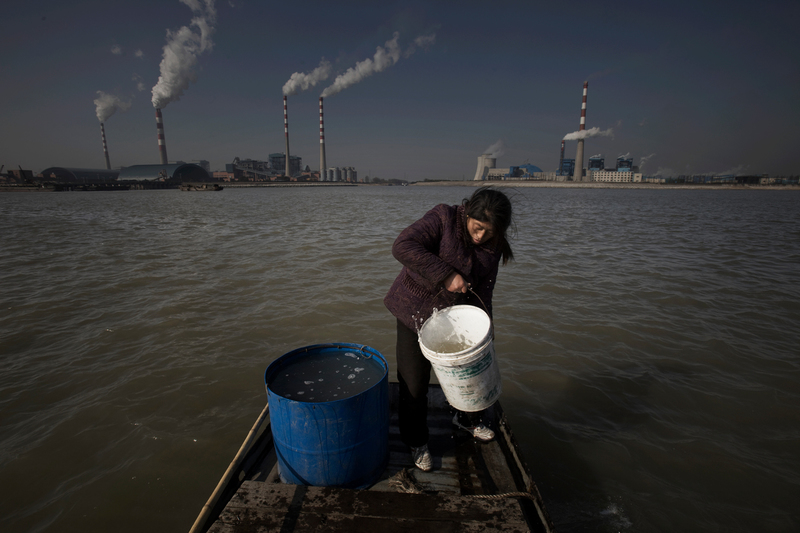 Much of the water flowing through the rivers of China’s major cities is ‘unfit for human contact,’ according to a new analysis of official government data.

In 2015, at the end of China’s last Five-Year Plan Period, more than 85% of the surface water in Shanghai was deemed unsafe to drink, while in Tianjin – a port city home to 15 million people – that figure reached 95%.

Over that period of time nearly half of China’s mainland provinces – 14 of 31 – failed to meet their water quality targets despite the improvements made in 2011 and 2012.

In its new water quality report, Greenpeace East Asia details the state of China’s urban water crisis — where the combination of lacking wastewater treatment and low sewage discharge standard have made the water largely undrinkable.

It comes as provinces have been tasked with meeting fresh surface water quality targets by the end of the decade.

Having parsed through a mammoth 145 datasets from provincial authorities, we can reveal – for the first time ever – which Chinese provinces have met their water quality targets set out in the 12th Five-Year-Plan.

Achieving those targets, however, doesn’t necessarily mean the surface water is clean; as you can see on the map, Shanghai actually met its Five-Year-Plan goal.

That said, there have been notable success stories, with Jiangsu province – for instance – seeing significant progress due to its investment in wastewater treatment infrastructure.

Debra Tan, director of the NGO China Water Risk, said: “Finally, a report card on provincial pollution targets which allows us to track local government performance on improving water quality.”
“While it’s good to see that half the provinces have met the targets, there is clearly still a long way to go.”
“Local efforts and enforcement must be stepped up if we are to make headway in the ‘war on pollution’ by 2020.”

The analysis uses the Chinese government’s own water quality grading system, in which grades I-III are safe for consumption, grade IV is for industry, grade V is for agriculture, while anything less has no functional use.

In eight provinces, more than half of water in major rivers was grade IVor below — meaning it is unsuitable for human contact as of 2015.

China’s largest cities fare worst, with 85% of Shanghai’s river water graded IV and below, 95% of Tianjin’s similarly unfit for purpose.

In Beijing 40% of total surface was worse than grade V, and in Hebei that number was 30%.

Vast swathes of the country are facing severe water shortages, and yet their diminished supplies are fuelling coal power plants, even as an overcapacity crisis bites.

Coal plants in China consume 7.4 billion m3 of water annually, and hundreds more are in pipeline despite recent government efforts to crackdown on unnecessary projects.

Last year we reported that nearly half of the then-proposed coal fired-power plants were slated for construction in ‘water over-withdrawal’ areas.

Those plants could consume an extra 1.8 billion  m3  of water, equivalent to the amount needed to meet basic needs of almost 100 million people.