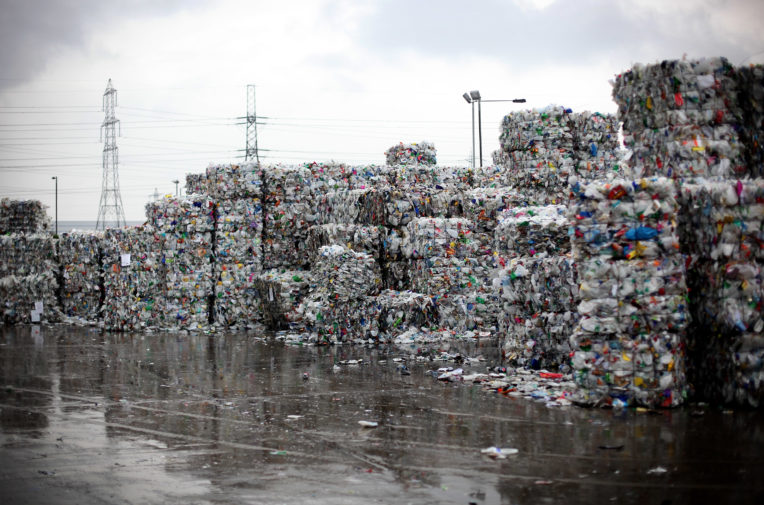 The trade bodies, which represent retailer and brands including Sainsbury’s, Tesco, Coca-Cola, Starbucks and McDonalds, urged environment minister Therese Coffey to oppose the EU rules despite Brexit, letters from September 2016 and February 2017 released under Freedom of Information (FOI) show.

The trade bodies also wrote they were “unanimous” in their opposition to deposit return schemes, where customers pay a small amount for bottles and cans, which is returned when they recycle them.

Packaging and recycling are under increased scrutiny over concerns about the scale of plastic pollution in the oceans. But the UK’s recycling rates are flagging: last year they fell slightly for the first time, and experts warn there is a risk of missing the EU’s target of recycling 50% of waste by 2020.

Under existing EU rules, companies pay towards recycling or disposing of the packaging they put on the market through “extended producer responsibility” (EPR) schemes.

The UK runs a complex, market-based scheme in which companies pay a fraction of the costs they face in France or Germany, with taxpayers footing most of the bill for collecting and recycling packaging.

Jakob Rindegren, policy advisor of the Environmental Services Association, told Unearthed the current system is “not fit for purpose to achieve higher packaging recycling targets beyond 2020.”

The new proposals would pass more of the costs of managing packaging waste onto the companies that produce the goods and make them pay more if their products are harder to recycle. The firms said they were concerned the measures would come in before Brexit which could “provide more flexibility” in future.

But the associations argued this would massively increase their costs with “no net environmental benefit”. Coffey later said in Brussels the rules should be “guidance only”.

Writing to Coffey the trade associations approved of this stance adding, “Through our respective European Associations we will endeavour to encourage the industry in some other key member states to lobby for a similar approach.”

Sam Harding of the Campaign to Protect Rural England said the letters showed the industry defending “outdated and unambitious positions”.

The British Retail Consortium has more recently criticised deposit return schemes in evidence to parliament and the Times, while the British Soft Drinks Association told parliament the schemes “may not be best suited to the UK”.

Coca-Cola, a member of three of the associations, reversed its initial opposition to the measures in February. A spokeswoman said: “Whilst we are a member of many trade bodies, these organisations have to reflect the view of their many members and we are aware our view on DRS is different to that of others in the industry.”

Deposit return schemes are gaining momentum as an idea: Michael Gove announced in October he will consider introducing a Britain-wide deposit-return scheme, a month after Nicola Sturgeon announced Scotland would go ahead with one. The Welsh government has said it may introduce a scheme “as early as next year”.

Gavin Partington, director general of the British Soft Drinks Association, told Unearthed: “As an industry, we are open to exploring whether a properly considered deposit-return scheme could be a part of an overall solution and we are ready to work with government and others on this.”

The Commission proposed toughening EPR to make companies foot the bill for the entire process of managing their packaging waste.

British companies pay a fifth of those in France and Belgium, and a tenth of those in Germany, the associations wrote. The proposals would increase payments “from the current average of £50-100m per annum to as much as £1 billion per annum,” they wrote, to “no net environmental benefit”.

But the Environmental Services Association said the UK’s current system is struggling to meet recycling targets. “So far the packaging recycling targets have primarily been achieved because of local authority funding and strong end markets [for recycled materials], both of which are facing pressures,” said Jakob Rindegren. Currently, “the funding fluctuates so much it’s unsuitable for infrastructure investments such as new sorting equipment.”

Andrew Opie of the British Retail Consortium said: “We have had an ongoing discussion with Defra and other organisations about this and have consistently said this needs to be addressed as part of a comprehensive environmental strategy.

“Low recycling rates and litter must be tackled head on but this needs to be done within the context of a broader approach, involving a cultural shift. Focusing on correcting one small component risks diverting resources from the wider circular economy.”

Gavin Partington, director general of the British Soft Drinks Association, said: “The ambition is for all our packaging in the UK to be 100% recyclable… We believe that working together with governments, NGOs and other stakeholders real progress can be achieved to make the UK the world leader in creating a truly circular economy.”

The Packaging Federation and Food and Drink Federation declined to comment on the letters when approached by Unearthed. Incpen did not respond by deadline.

Too high to be achievable

At a Brussels meeting in December 2016, Coffey warned against a rigid EPR system. “We believe the directorate should recognise that there are multiple valid approaches to achieving EPR,” she said, in remarks reported by trade publication MRW. “Market-based schemes like the ones in the UK should be allowed to continue… The provisions, we believe, should be for guidance only.”

Coffey has also written that the circular economy package’s target of recycling 65% of all waste by 2030 is “too high to be achievable”.

A Defra spokesman said: “We remain fully engaged in the negotiations on the EU Circular Economy Package and continue to liaise with industry and NGOs on a regular basis.

“We support the move towards greater resource efficiency and as set out in the Clean Growth Strategy, we will explore how we can better incentivise producers to manage resources more efficiently through producer responsibility.”

Read the full documents below: