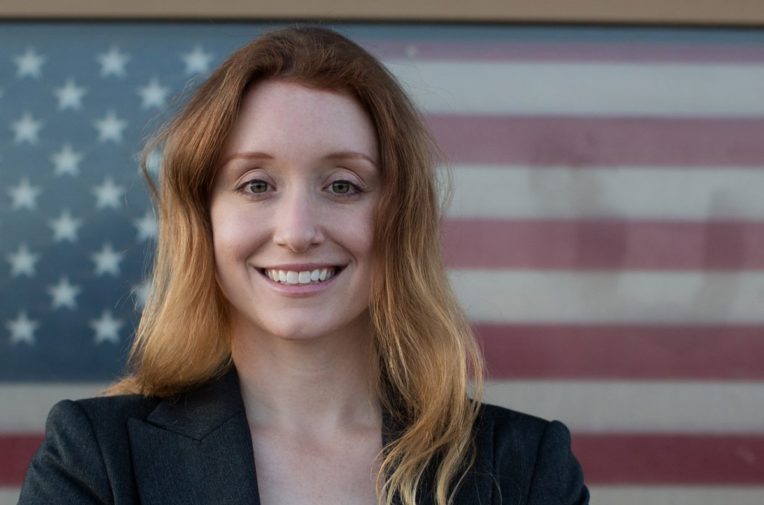 The cancer doctor and the volcano expert: meet the scientists running for Congress in the Trump era

Donald Trump’s election has given rise to a wave of political action from American researchers. But can they help the Democrats win the House?

The cancer doctor and the volcano expert: meet the scientists running for Congress in the Trump era

Donald Trump’s election has given rise to a wave of political action from American researchers. But can they help the Democrats win the House?

Jess Phoenix is one of America’s foremost volcano experts and now, thanks to Donald Trump, she’s running for Congress.

If she comes through a tough-looking primary in June, the volcanologist will run in a California district that hasn’t voted a Democrat into the House since the early 1990s, against Republican Steve Knight, a man who has bemoaned his state’s “rash mission to curtail global warming”.

Jason Westin, a celebrated researcher at one of America’s top cancer treatment centres, has also been pushed into politics. He’s paused his work as an oncologist and lymphoma doctor to run in a Texas district in the suburbs of Houston that hasn’t elected a Democrat since the passing of the Civil Rights Act. “Sometimes,” he reasons. “A crisis helps clarify things.”

Phoenix and Westin are part of a wave of scientists running for office on the Democratic ticket in 2018. They’ve been boosted by initiatives like 314 Action, a nonprofit with the goal of getting more people with a STEM background into politics. And both candidates are confident, boosted by national polls showing that Democrats have a 12 point lead in the generic congressional vote. But neither has much political experience – save for Westin’s brief internship in Senator Bob Graham’s office before medical school.

So will Americans go for campaigns celebrating knowledge and research in the age of Trump?

“I know a little something about cancer and let me tell you, there is a cancer eating away at America.” Dressed in a lab coat and sensible pale blue shirt, Westin sets out his campaign message in an ad that’s been shared thousands of times on Twitter. “That cancer is ignorance. Wilful ignorance.”

In just under three minutes, Westin decries everything from Texas’ maternal mortality rate to climate change denialism. “It doesn’t have to be this way,” he says, before celebrating America’s history of scientific achievements, black and white footage of the moon landing and all, ending with the line: “send a Doctor to the House”.

The past 12 months have given American scientists plenty to get mad about.

If Trump cuts funding for scientific research programmes, there’s going to be no way to work out how we make this planet livable for the next few decades

As well as removing the US from the Paris climate agreement, the Trump administration has moved to cut funding for a range of scientific research programmes, including many focused on the environment. Environmental Protection Agency (EPA) administrator Scott Pruitt has looked to get rid of a raft of Obama-era rules on everything from what coal companies are allowed to dump in streams to replacing laws which prevent lead contamination in water.

While the executive has been busy rowing back America’s environmental commitments, evidence of climate change in the US has never been more compelling.

Hurricanes devastated much of the southern United States this summer, while wildfires raged in California as late as Christmas. Extreme weather events in the US, linked to climate change, caused more than $300bn worth of damage in 2017.

Westin, who lives with his family in Houston, was caught up in Hurricane Harvey. He believes that the experience will make global warming more real to the people of Texas’ 7th District.

“Sometimes catastrophic events make things a lot more tangible,” he says, on the phone from Houston. “Hurricane Harvey was devastating to our city and Houston is still in a recovery process. Everybody either was affected or knows someone who was. My family was very fortunate. People a mile away from us had a foot of water in the house and effectively lost everything.”

Phoenix was caught up in the wildfires that hit California last year. In her own recent campaign video ‘Rise Up’, she talks to people who lost their homes in California’s 25th district.

What are the midterm elections?

The midterms are elections for the House and Senate that occur half-way through a President’s term. The elections – held on Tuesday, November 6th, 2018 – are being viewed as the first big electoral test of the Trump presidency, and offer Democrats the chance to take control of both houses of congress and provide a check on the executive.

“It still smells like a campfire around here,” she says, speaking from LA, before recounting how together with her husband she evacuated animals during the blaze.

Both candidates are running on the environment. Westin, using it as part of his anti-ignorance message and Phoenix as a way of talking up her background.

As well as being “knee deep in geology for 10 years”, she founded the education and scientific research non-profit Blueprint Earth with her husband in 2013.

She has observed during her 11 years of working as a geologist that scientists can be “too compartmentalised, too specialised and oftentimes we miss the forest for the trees.”

She’s running, she says, to get her message about the environment to the public.

“For people my age, and I’m using that as a blanket term for anyone under 40, we’re starting to realise that the previous generation has pretty much left us high and dry.

“If we don’t have any research funding, if Trump cuts funding for scientific research programmes, there’s going to be no way for scientists to work out how to make this planet livable for the next few decades.”

But even with the increased evidence of climate change, Americans appear unconvinced, or at least misinformed. A report by the Yale Program on Climate Change Communication and the George Mason University Center for Climate Change Communication in July found that close to 90% of Americans don’t know there’s a scientific consensus on climate change.

I love science and I want to go back at some point. But this war on facts and objective truth is just not acceptable

Phoenix feels that people in her district, are connected by concern for the environment, regardless of their party. Plus, she has experience convincing sceptics.

Her father a former FBI agent and registered Republican, spent years emailing her articles he felt disproved global warming, before she wore him down.

“My dad shared an interview I’d done on his Facebook page and one of his very right-wing former colleagues said: ‘no John, climate change is a scam and all these scientists are just crooked’. And he said: ‘well Jess still has lots of student loan debt, and she doesn’t get paid by anyone, so I’m pretty sure she believes what she’s saying’.

“For people who are just apathetic, the idea is just to bring the issue home to them, to find something local. You can say look at that burnt area on a hillside over there, wildfires are getting worse because in our changing climate winds are getting stronger and droughts are becoming longer.”

Do Westin and Phoenix have a chance of winning?

Both Westin and Phoenix are running in traditionally Republican districts that haven’t voted a Democrat into congress in decades. But Hillary Clinton won both districts in the 2016 presidential election, even as Knight and Culberson were elected into the House, meaning that Democrats are convinced they have a chance. Before they’ll have the opportunity to beat their respective Republican rivals though, Phoenix and Westin have to come through tough-looking primaries against more established Democratic candidates. Westin’s primary in Texas’ 7th district is on March 6th, while California’s 25th district primary is on June 5th.

For Westin – who is running in the suburbs of one of the world’s largest oil and gas hubs, against Congressman John Culberson a long-term Republican incumbent who believes that data showing human impact on climate change is incomplete – the challenge is possibly greater.

He’s keen to reassure workers in the fossil fuels industry that “a radical change isn’t going to happen today or tomorrow” and that oil and gas “remains a key part of the local and global economy”.

Both Westin and Phoenix are refusing ‘big money’ donations, choosing instead to rely on numerous small contributions from members of the public, the same method favoured by Bernie Sanders during the Democratic presidential primary.

Phoenix has built a coalition of nerdy celebrity supporters, from Judd Apatow to Joss Whedon and collected hundreds of thousands of dollars in campaign contributions.

“I’m not a career politician. I love science and I want to go back at some point,” she says. “But this war on facts and objective truth is just not acceptable and our politicians at the moment are playing with fire.”

Unearthed does not endorse any political candidates or political parties.