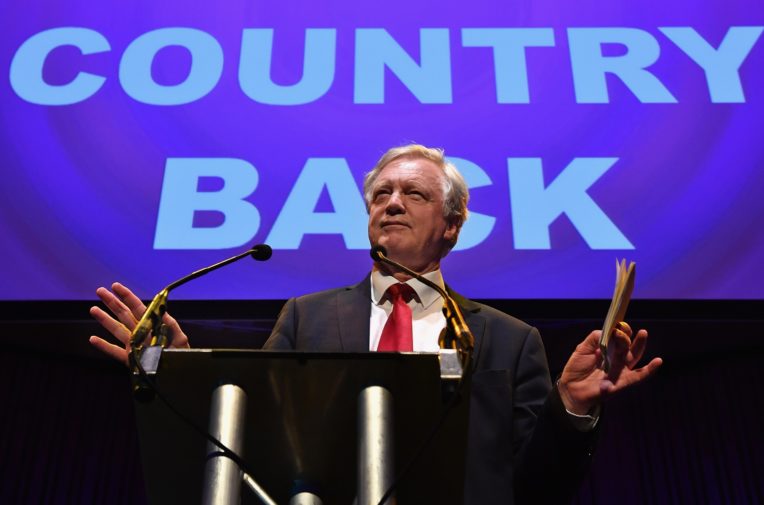 The government is facing a fresh Brexit row after refusing to release even basic details from a secret database which monitors the progress of hundreds of pieces of work aimed at delivering the UK’s departure from the EU.

The database, which houses all of the work being done across government to make Brexit happen, contains more than 300 “work streams” and is maintained by the Department for Exiting the European Union (DExEU) and the Cabinet Office.

Environmental rules and regulations are among the most significantly impacted – accounting for more than 120 secret strands of work – according to a recent National Audit Office (NAO) report. These may include such controversial areas as agriculture and fisheries and nuclear safeguards and food standards.

Last year, Unearthed asked DExEU and the Cabinet Office for limited information from the master database, including what each of the 313 work streams were, which department was responsible for which piece of work, and the progress status of each.

Both departments refused to release any information – even refusing to tell us what the pieces of work were – saying that it would risk “prejudic[ing] relations” between the UK and other states, and that it could not be released as it related to formulation of government policy.

The database includes details of the work being done, how high priority it is, and how much progress on each work stream has been made.

Some aspects of Brexit would require huge pieces of construction, new IT systems, or other efforts in the case of a no deal scenario – such as building huge new truck parks for customs waits near Dover, formulating a new farm subsidy system, or creating new IT systems to handle imports and exports – raising serious questions as to how ready government is to deliver if this is needed.

Each department is having to prepare for both “deal” and “no deal” scenarios for each of the 300 streams.

The government has suffered a string of embarrassing leaks and forced disclosures as it has sought to conduct its Brexit planning behind closed doors.

It was first forced to release 58 “sectoral analyses” on the impact of Brexit to parliament following a defeat in the Commons, then was faced by its secret impact assessment leaking to BuzzFeed News – leading to parliament voting to demand the release of that document, which was previously shown only to select cabinet ministers, to MPs.

Labour MP Hilary Benn, the chair of the parliamentary committee on leaving the EU – which secured the previous disclosures – told Unearthed the government should now disclose details from its master database on Brexit.

“The government is failing to give Parliament and the British people the information we need to judge what kind of future agreement with the EU will be best for the economy and jobs,” he said. “They should tell us what these work streams are looking at and publish the results.”

Labour’s frontbench also pledged to pressure the government to release information on the progress on Brexit from the DExEU database.

“Once again the government has been caught out trying to cover up vital information about its approach to Brexit,” shadow Brexit minister Paul Blomfield told Unearthed.

“Parliament has been very clear in its instruction to ministers: we need proper accountability and scrutiny at every stage of this process. It is not acceptable for ministers to withhold information that will affect our country’s future. MPs – on behalf of their constituents – need to know the implications of the choices the government is making.

“That is why Labour is putting government ministers on notice. If they don’t release this information to Parliament as a matter of urgency then we will pursue them rigorously.”

The Conservative MP and former cabinet minister Nicky Morgan also reiterated the need for ministers to follow their public commitments to keep the public informed. “Ministers have said they will keep Parliament informed so we can scrutinise them and that is exactly what they should be doing,” she said.

The government has also been criticised for ignoring Freedom of Information law by refusing to release any details of the workstreams.

Brexit, trade and the environment: What’s the deal?

“The government appears fundamentally prepared to ignore its legal obligations under Freedom of Information where it’s politically expedient for it to do so,” said Jolyon Maugham QC of the Good Law Project – who has acted in several legal efforts to provide clarity on the government’s plans for Brexit. “Everybody should be concerned about the world in which government takes the view it no longer needs to be subject to the law.”

The NAO – which scrutinises government departments on high-risk projects to make sure public money is well spent – wrote a little noticed report on the government’s Brexit database late in 2017, which noted there were 313 separate work streams being monitored as at 10 November 2017.

While the NAO report gave little information on any of the work streams, it did express concern that the burden of Brexit was falling heavily on modestly sized departments which could have difficulties handling the large volume of work concerned.

The NAO report also notes in general terms that the work streams tackle some of the most sensitive and contentious areas of Brexit. This includes trying to carry over the UK’s existing trade deals post-exit, developing a potential replacement for the EU’s Common Agricultural Policy of farm subsidies, and replacing the numerous areas of regulation currently handled by EU agencies – including agencies managing medicines regulation, chemical regulation, and food safety.

The particular scale of work facing Defra was highlighted last month after the department’s permanent secretary wrote a formal note to Michael Gove asking for permission to begin spending on a number of critical projects – likely to be among those tracked on the master database – before formal parliamentary authorisation to do so was given.

Unearthed asked DExEU for an explanation on why the information in their database was being kept secret, and a reply to the political criticism they had received but did not receive a response by the time of publication.