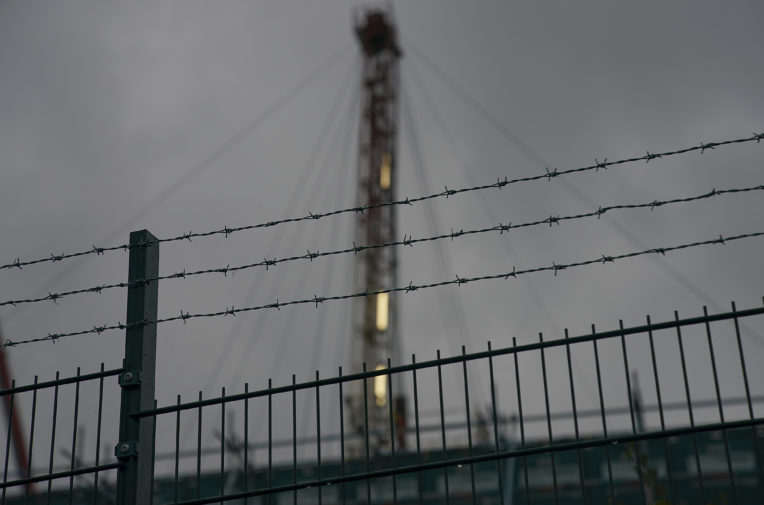 Do the UK’s fracking miniquakes matter?

You can’t feel 0.5 tremors but they trigger the fracking ‘red light’

Do the UK’s fracking miniquakes matter?

You can’t feel 0.5 tremors but they trigger the fracking ‘red light’

There have been 34 tremors in the Blackpool area since Cuadrilla began fracking at nearby Preston New Road three weeks ago, according to data from the British Geological Survey.

All of these seismic events have been imperceptible on the surface.

This begs the question: do they even matter?

From the driller’s perspective, they absolutely do. Any tremor over 0.5ML [local magnitude] on the richter scale requires fracking to stop and testing and monitoring to commence.

So far Cuadrilla has been given the so-called ‘red light’ twice, for a 0.8 quake a fortnight ago and a 1.1 seismic event last week. The company’s CEO has since called for the standards to be relaxed, claiming they are ‘strangling’ the industry.

For local people, however, the answer is less obvious. If they don’t feel the quake, should they care?

The traffic-light-system was brought in by the coalition government in 2014 in response to the 2011 Lancashire earthquake widely-attributed to Cuadrilla’s fracking operations, one which was felt at ground level.

The system put in place a series of checks to ensure seismicity is monitored, and requires drilling to stop for 18 hours in the event of tremor that exceeds 0.5ML, a standard recommended to government by three leading British geologists in a 2012 government-commissioned report.

The Preese Hall paper said the 1.7 threshold initially proposed was “undesirably high from the viewpoint of prudent conduct of future operations,” and that if it were in place it would mean “no action would have been taken before the magnitude 2.3” quake that Cuadrilla’s fracking operations triggered in 2011 since there hadn’t been a tremor larger than 1.7 in the weeks leading up.

Ed Davey, energy secretary at the time the policy was put in place, told Unearthed: “This was a key decision – based on the best science available – and after extensive consultation. Indeed, I insisted on consulting on the report itself and its recommendations to promote as much transparency as possible.”

Professor Peter Styles, one of the authors of the Preese Hall paper, told Unearthed: “The 0.5ML is a significant level as evidence from around the world shows that it is above that when we see the start of stimulation of movement of small (initially) faults and induced earthquakes which tend to increase in magnitude as more of the fault (or more faults) become involved. That is why we recommended fracking halt for further appraisal at that level.”

But fracking’s years-long interval has complicated matters: “Our original traffic light system then had a sequence of scenarios which might have permitted recommencement of fracking activities until a higher level of 1.0ML and then possibly if not very likely to 1.5ML. The current simplistic TLS which DECC selected has no plan built into it as to what to do next and so we see a sequence of stopping at 0.5ML, restarting after 18 hours and then stopping again etc etc.

“It should also be recognised that the initial traffic light system was devised 7 years ago when there was anticipation that there would be more wells drilled and fracked in the nearish future so that we (or someone else) could reevaluate the situation and perhaps modify the recommendation.”

A key reason experts supported such a strict red light rule is the prospect that even small quakes could signify that fracking is impacting existing faults (which are cracks in the earth’s crust).

This could (a) lead to more significant seismic events and (b) could have an attritional affect on important fracking components, such as well casing.

Styles, for instance, is concerned that the recent tremors could “indicate that the fracking process is interacting with existing faults and is causing them to move slightly, which may lead to higher seismicity if they weakened.”

Though he believes we are already witnessing such an interaction, he said: “we need to analyse the details of the fault mechanisms from the seismograms to be 100% sure.”

Not everyone agrees smaller tremors could signify larger ones to come, however. Professor Zoe Shipton from the University of Strathclyde said: “Almost certainly not, though you’ll never get a scientists in earthquake to give you a certain no.”

In any event it’s important to be clear about what we mean when we say a more significant quake. The quakes in the US can exceed 4 on the richter scale are thought to be caused less by drilling than the practice of wastewater reinjection.

“The clear difference for the UK though, is that the huge uptick in earthquakes in the US has very little to do with fracking and is actually more to do with reinjection of water produced from conventional oil and gas wells, as well as fracked wells,” Shipton said.

That’s not allowed in the UK which means the kind of tremors we could likely see here would be more comparable to those we’ve seen in the past from coal-mining.  The Preese Hall report suggested that existing evidence from coal-mining induced earthquakes suggests “a maximum magnitude of ~3.0 ML.”

You’d certainly feel that, but your house wouldn’t fall down. As the report notes: “There have been no reports of structural damage from mining-induced earthquakes of this magnitude in the UK, so an event induced by a hydraulic fracture treatment at a greater depth is unlikely to cause structural damage.”

That doesn’t mean it’s not a problem for people living in the area who like their plaster intact and their crockery where they left it.

“There are, however, examples of mining induced earthquakes of similar magnitudes in the UK that caused superficial damage, for example, minor cracks in plaster, though these occurred at shallower depths. Such an event would be strongly felt by people within a few kilometres from the epicenter and could cause some alarm.“

Indeed Blackpool South MP Gordon Marsden has said of his constituents: “As the tremors increase, so does the distress and worry to local people.”

For Dianne Westgarth, who lives not 800 metres from the Preston New Road site, the underground earthquakes represent yet another fracking-related headache for those in her community exhausted by the fight against fracking. Trust in industry and government is low.

“I’ve absolutely lost faith. We have a group of 16 people and we have all written individually as local residents at least twice and we’ve still not had a response with regards to the seismic activity.”

It’s a view shared by Susan Holliday, who lives even closer to the edge of Cuadrilla’s fracking site.

“We don’t know what damage is being caused beneath the ground, short or long term,” she told Unearthed.

“There are many small faults on the Fylde coast and we don’t know how much movement is or will be caused as fracking fluid migrates into them. As the fracks move along the horizontal well the seismic events are getting closer and closer to our home.”

Holliday noted that many of these minor seismic incidents are happening after fracking has ceased for the day, including a 0.7 tremor that occurred 48 hours after pumping had stopped.

The prospect of stronger quakes could pose particular hazard to the elderly residents of Carr Bridge, an estate of 366 people, many of whom are “really worried” by the reports of seismic activity, according to Westgarth.

“They’ve come out here to breathe the fresh air and live the rest of their lives in peace. I can’t speak for everybody, but most of them are really concerned about the seismic activity.”

But surface impacts are not the only concern. For Davey, the issue of well integrity was also important factor in his decision to adopt the 0.5 threshold: “Issues would have included the integrity of well casing but there is a long list of issues one would want any analysis to consider from fracking techniques to particular geologies and their implications.”

The 2012 Preese Hall report noted casing damage was found at Cuadrilla’s fracking site after the quake.

Professor Richard Davies, who runs ReFINE, the leading international consortium on fracking,  told Unearthed: “If the fault that shifts is the one that has been drilled through then it’s significant and the wellbore will shear or deform.

“A sheared wellbore would mean you lose well integrity and this could lead to contamination of surrounding rock layers.

“It’s happened in the North Sea and I know of an example in south east Asia but it’s a black swan event really – highly unlikely but possible.”

The importance of this is, again, debated. Fracking takes place well below the water table so any contaminants which do escape may struggle to reach the surface.

Shipton said: “Wells are designed with several barriers to stop any leakage into aquifers, and in the most sensitive layers there are regulations that state how many runs of casing are required to be cemented in.

“So in the unlikely event that well casing was sheared or the surrounding cement damaged (and the 2011 earthquakes were, and still are quite an unlikely event), any contaminants still have a long way to go before reaching the near surface, and when they get there, there are extra layers of protection.”

The debate over earthquakes comes as industry opposition to the seismic standards is rapidly rising.

Though it was mentioned at the time that the 0.5 red light threshold could be raised once industry and regulators had gathered enough information to understand the underground impacts of fracking, there are signs that government and drilling firms may want to accelerate that timeline.

Unearthed revealed that energy minister Claire Perry had written about the prospect of relaxing the tremor standards, but she has since rejected calls from industry to raise the threshold: “It would be a very foolish politician who would do things that would be considered to be relaxing regulatory standards when we are trying to reassure people about safety.”

This comes as Cuadrilla CEO Francis Egan has been making the media rounds casting aspersions on the conservative regulations, and warning that the industry “could be strangled before birth” unless the government acted “within weeks.”

A Cuadrilla spokesperson told Unearthed: “Micro seismic events such as these result in tiny movements that are way below anything that would be felt at surface, much less cause any harm or damage. Without the sophisticated monitoring in place at Cuadrilla, they would not be detected. It is reassuring that the monitoring and traffic light system is working as it should.

“There have been a series of micro-seismic events but it’s not true to say they have got bigger or increased, there has been no pattern. We have been testing different stages of the well and each has responded differently since we began on October 15. Some have been higher and some have been lower. All have been managed well using the traffic light system operated by the Oil and Gas Authority.”