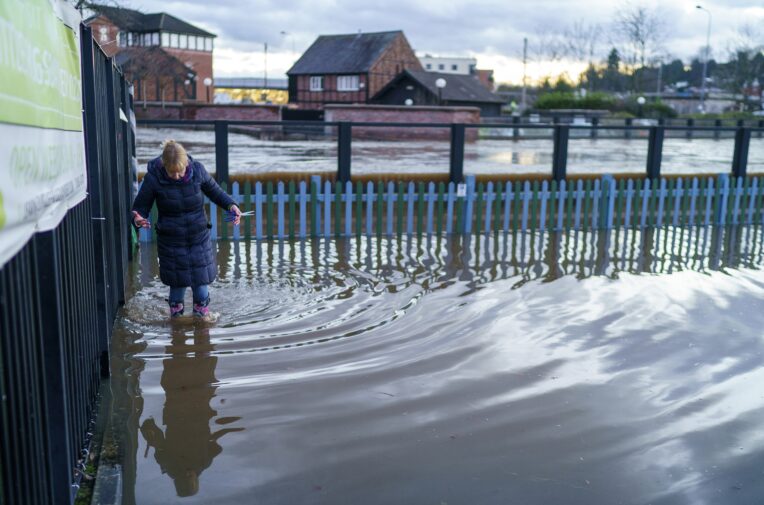 Inspections found that more than 3,400 crucial flood defence assets across England were in poor condition last year, according to figures seen by Unearthed.

The finding comes as communities across the north grapple with the consequences of flooding, with 53 flood alerts active across England as of Sunday afternoon.

New data, obtained from the Environment Agency (EA) using Freedom of Information rules, shows that 3,460 “high consequence” flood defence assets were rated as being in poor or very poor condition in 2019/20. That’s 6% of all such assets in England, an increase on the previous year after many defences were damaged in last winter’s flooding.

“High consequence” assets are defined by the EA as “flood defence assets that contribute to managing flood risk in a location where the consequence on people and property of an asset failing is high”.

More on flooding in the UK

Communities across northern England and the Midlands, as well as parts of Wales and Scotland, are currently reeling from recent floods after Storm Christoph brought heavy rainfall to several regions.

In Cheshire, Greater Manchester, Lancashire, Merseyside, Shropshire, South Yorkshire, the West Midlands, and Worcestershire, which have all had flood alerts in recent days, 831 crucial flood defences were found to be in a poor or very poor condition by inspections last year. That’s 9% of all the assets in these areas – compared to 6% of defences across England as a whole.

In Warrington, where homes were evacuated last week due to flooding, 88 of the Cheshire town’s 339 vital defences – more than a quarter – were found to be in a poor condition last year, making it the local authority with the second-highest number of flood defences in a bad state. South Lakeland, in Cumbria, topped the table, with 95 of its 644 assets – 15% – rated as poor or very poor.

Snow and cold weather is expected across much of England in the coming days, with temperatures forecast to drop as low as -10C in some areas, making life even more difficult for flood-hit communities.

The data also shows a disparity between the condition of defences maintained by third parties and those managed by the EA across these five areas.

Unearthed has learned that little can be done to compel these actors, which can range from private landowners and transport companies to local authorities, to improve the condition of vital flood defences.

In Cheshire, Greater Manchester, Lancashire, Merseyside, Shropshire, South Yorkshire, the West Midlands, and Worcestershire – the regions which saw flood alerts last week – two-thirds of assets are maintained by third parties. In these areas, 9% were rated as poor or very poor in 2019/20. This compares with 7% of those managed by the EA.

Across England, third party-managed flood defences were twice as likely to be in a poor condition last year as those managed by the EA – 8% compared to 4%.

Last year, the National Audit Office (NAO) suggested that the EA’s strategy to strengthen England’s flood defences is being undermined by the array of different actors tasked with maintaining them. The NAO recommended the EA step up communications with third party owners in a bid to get them to take better care of their flood defences.

The EA has blamed bad weather at the end of 2019 and in early 2020 for the deterioration in the quality of flood defences seen in the data. The number of EA-managed high-consequence flood defences found to be in poor or very poor condition leapt from 785 in 2018-2019 to 1,309 the following year.

In a statement, a spokesperson for the EA said that 95% of assets maintained by the watchdog are in good condition. Following £120m of government investment, “all of our assets are winter ready either through repairs or, where these have not been completed, robust contingency plans are in place.”