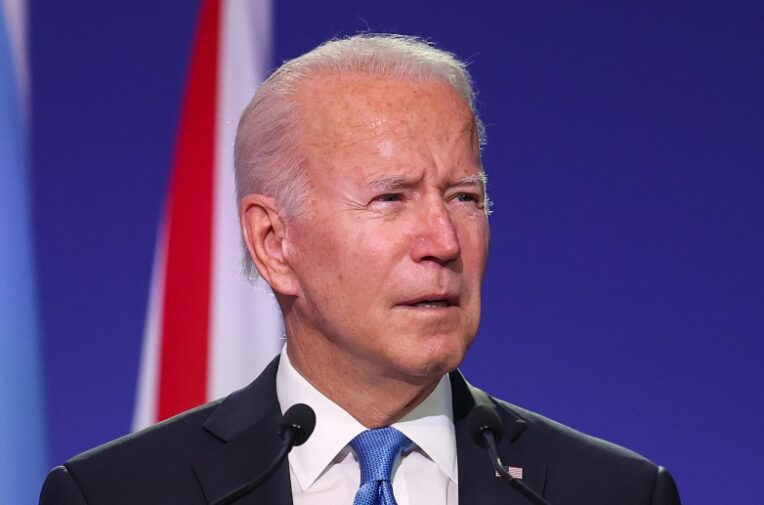 “Any way you slice it, that outcome from COP26 was a win for us”

“Any way you slice it, that outcome from COP26 was a win for us”

The American beef industry is “relatively unscathed” by the global methane pledge made at the Glasgow climate summit, leading livestock lobbyists said at an industry event last month.

The pledge, agreed by the United States and the European Union and signed by more than a hundred countries, aims to reduce methane emissions 30% by 2030, though the text only makes concrete demands of the energy and waste sectors. Methane is a more potent greenhouse gas than carbon dioxide, and agriculture is the leading man-made source globally.

“Any way you slice it, that outcome from COP26 was a win for us,” said Colin Woodall, the chief executive of the National Cattlemen’s Beef Association (NCBA) at its annual conference last month.

Mary Thomas Hart, the group’s deputy environmental counsel, said: “The President’s methane pledge could have gone badly for livestock production in the United States, badly for the cattle industry.”

“But this administration seems to recognise the positive value that we bring. Beyond research funding and encouraging technological innovation, there were no additional regulatory proposals.”

“We were really excited to get out relatively unscathed,” she concluded.

The NCBA represents over 175,000 cattle producers, and major food companies such as Cargill, Tyson Foods and McDonalds sit on its product board. It declined to comment for this piece.

“Methane pollution from the animal agriculture sector is as serious as methane pollution from the energy sector, but policymakers and regulators are not acting like it. We cannot afford to rely on giant agribusinesses to voluntarily reduce their methane pollution. These companies have spent enormous sums of money defending their ability to do business as usual, lobbying to undercut climate regulations, and supporting initiatives that downplay the climate impact of industrial animal farming.”

At the summit, industry lobbyists also described a campaign to change how the climate impact of the greenhouse gas methane is measured. The proposed metric could see the agricultural sector claim to be climate neutral without significantly cutting emissions.

The beef lobby’s ‘win’ at COP26 was but one example of the industry’s positive relationship with the Biden administration on climate issues.

NCBA president Don Schiefelbein said: “We were concerned about how we were going to be able to work with the Biden administration, I don’t think that’s a secret […] but I have to tell you it’s been a pleasant surprise.”

He continued: “In virtually every issue that impacts our industry they have sought input from us. I think they figured out if they want to get to where they want to go with voluntary initiatives in agriculture we have to be at the table.”

It was a sentiment echoed by Woodall and Thomas Hart in their conversation. Woodall recalled a memo circulated by Biden’s transition team before last year’s inauguration “that talked about the need for agriculture to be at the table if the President wanted to be successful in what he wants to achieve on climate.”

And the livestock industry is spending some of that political capital on an effort to have the climate impact of methane – the primary greenhouse gas produced by the agricultural industry – revised.

The metric known as GWP* focuses on changes in methane emission levels. Depending on how it is applied it could be used by farmers to claim they are “carbon neutral” while making only marginal cuts in their methane emissions.

At the event, NCBA President Don Schiefelbein said it’s “going to be pretty easy to” become carbon neutral by 2040 “without reducing the number of cattle” if the new system is adopted in the way they hope.

With scientists sounding the alarm over cascading climate impacts and already-baked in warming, there is fresh momentum to tackle methane, which is much more powerful than CO2 but that breaks down after about twelve years in the atmosphere.

Methane emissions are responsible for almost a quarter of global warming. Natural sources account for roughly 40% of current methane emissions, with the agriculture, energy, and waste sectors releasing significant amounts of the gas.

Methane, she said, is “the lowest hanging fruit” and cutting it is “one of the most effective things we can do to reduce near-term global warming.”

Though the global methane pledge commits to cutting methane emissions 30% by 2030, it explicitly focuses on “standards to achieve all feasible reductions in the energy and waste sectors.” Meanwhile it suggests curbing agricultural emissions “through technology innovation as well as incentives and partnerships with farmers.”