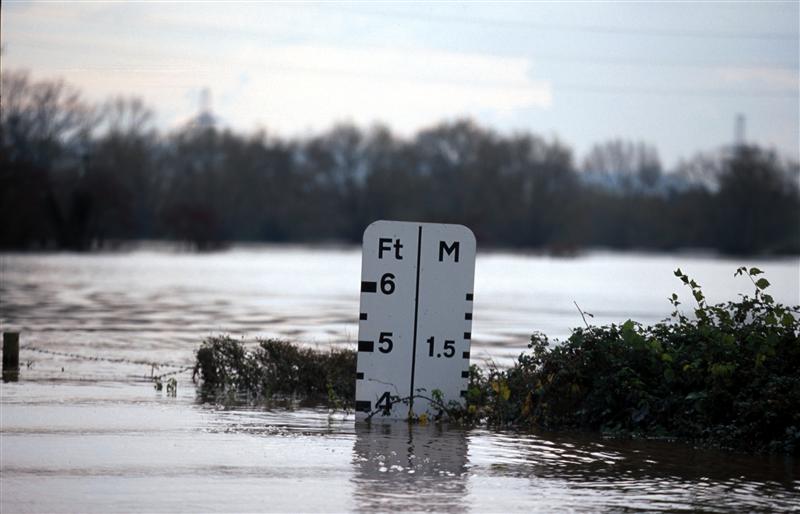 Barack Obama’s been talking a lot about climate lately.

After using World Earth Day to warn about the impact the changing climate is already having on the US, he used his annual stand-up routine in front of White House journalists to rant against his “stupid, short-sighted, irresponsible” climate skeptic opponents who throw snowballs in the Senate to illustrate global warming isn’t happening.

As polarised and unpleasant that debate is — it’s hard not to wonder why it is so absent in the UK. After all, the UK is a flood prone island not that much less economically dependent on fossil fuels than the US.

Whilst Hillary Clinton and her opponents make climate central to their polarised campaigns, the issue appeared 3 times in Paxman’s battle for No.10 with Miliband and Cameron.

In the actual debates it came up 3 times in the 7 way leaders debate (to Europe’s 26) and twice in the final “challengers” event. Had it not been for Natalie Bennett’s occasional remarks (about it not coming up) it wouldn’t have been raised at all; and even the Greens have relegated climate behind their anti-austerity drive.

The debate has become so niche its prime time slot was on the Daily Politics where a tedious discussion about energy and climate change policies turned into a even more tedious debate about the merits of climate science. No snowballs were thrown.

And the contrast isn’t just with the politics of US elections. Elsewhere climate has entered the political discourse in a way few other issues manage to.

In China – where Obama travelled to make a deal on climate last year – endemic smog and the whiff of an economic opportunity along with serious concerns about the impact of climate change on the world’s most populous country have driven climate to the top of the political agenda. China’s coal use is falling as the country races the US to dominate the global clean energy economy.

In India rising concern over smog, power blackouts and climate change has driven an active – if not exactly climate friendly –  policy. Prime Minister Modi’s longstanding commitment to solar power has helped put climate on the agenda — even if his government’s coal policy, and global negotiating stance, does little to support reducing emissions.

And in Germany where the renewables-led “Energiewende” has struggled to force the closer of many of the country’s coal plants, a fierce debate is underway over a new climate law which would set new emissions limits and could shut 8 coal plants in the country’s industrial heartlands.

Perhaps the issue here in the UK is simply that we all agree, it’s old news.

All about the science

The main parties all claim to back the science, they are all signed up to an act which says they must do something about it and, before the debates kicked off, a relatively little known think tank – Green Alliance – arranged an impressive – yet under-reported cross-party agreement to phase out coal from the UK’s power mix.

Though it didn’t contain a date it was an internationally vital signal – but the way it emerged reveals much about how the debate is now conducted.

The UK’s political discussion about climate has become ever more elite, as if the main principles are decided and it’s down to the geeks to sort out the details. But this is to miss the point of what climate means now.

Climate politics in the UK remains dominated by “the science”. It is a debate about what the science was and what principles and targets we should adopt. It’s the sort of thing you can do a charity concert about — but it no longer engenders real conflict or emotion.

Even phasing out coal is a promise to do something which – other than efficiency – comes at lowest cost in the climate range. It is important – but the UK will face tougher climate choices.

And yes, people in the US still argue about the science (though people in China largely don’t) but in there is also another discussion taking place — one which has barely started in the UK. Climate change politics is no longer just the argument over the science or what targets we should set, it’s now a discussion about power, economics, social justice and political choices — and that’s far messier.

It’s about floods, storms or droughts and how to deal with them. About which coastlines, which industries and which companies will survive and which won’t; which technologies we develop and which economic models we use. The way our economy works is – after all – inherently tied up with the energy that drives it.

It’s about the risks a changing climate poses to the poor and vulnerable and how to tackle that without undermining the economic livelihoods of those same people by driving up their bills or depriving them of power.

The problem is, those of us who talk about climate (campaigners, journalists and politicians alike) often don’t talk about it  in those terms.

In the hunt for discreet, winnable, issues the dots between the separate areas – from onshore wind to fracking to divestment and coal – are sometimes not joined and fights that seem insurmountable are left to a fuzzy consensus. Much is “left to the experts” but it is no longer men in white coats who will dictate the debate.

Without a fight over the most important issues – like the future business models of many of our largest firms – it’s hard to grasp what’s at stake, and why it should be an election issue.

In the US Obama talks about climate change in Florida’s everglades – highlighting the risk to a natural wonder and tourism. The Republicans lobby for the Keystone pipeline – arguing for jobs in the oil sector.

China and India’s renewable and nuclear plans are a big economic bet that the world is going to consume far more clean energy(even as the oil price falls), whilst Beijing’s decision to cut back on coal threatens hundreds of thousands of jobs in the name of clean air and avoiding droughts.

These are big fights, and they are not decided one way or the other. The rows in the UK are parochial and disjointed by comparison.

The controversies over flood defences, fracking and onshore wind could all be seen as proxies for the discussion about what we do about climate change. But they are a poor alternative to a meaningful debate. None have made it into the general election and – where they are discussed – it is as often in nimby as climate terms The bigger issues go un-discussed.

The UK’s stock market is so dominated by fossil fuel and mining firms it is almost impossible to find an ISA or a pension without them.  The importance of those industries to the UK economy is rarely analysed, yet deciding how to manage their decline in a world acting on climate change is probably one of our most pressing economic issues.

Unlike Obama’s opposition to Keystone on climate grounds, the UK’s climate consensus allows for action on climate and support for fossil fuel firms and oil extraction at the same time — removing the need for debate, at least on climate grounds.

And what role will the UK play in the coming crunch talks on climate change. The UK historically led global efforts but what will the US and China now find when they look to the UK for leadership beyond vague targets?

The decisions politicians make over the next decade will decide who’s bills rise and whose fall, which homes are protected from flooding, which hills are covered in turbines, which pensions rise or become worthless and which jobs are created or lost.

If we aren’t willing to make decisions, they will be made for us. The sense of this happening is part of what drives opposition to new turbines, new nuclear, new fracking. It may be part of what drives support for political parties which tap into an anti-politics, and in the case of UKIP, anti-climate action agenda.

Politics, after all, is about power and choices. The UK’s silent consensus to talk about climate – at some later date – simply means those choices will be made without debate, as though huge changes to our infrastructure, buildings, equipment, behaviours and food system can be delivered by a few technocrats working under the radar. If forced to choose I’d rather someone showed up at Parliament and threw a snowball.

Comment pieces do not reflect the view of Greenpeace.