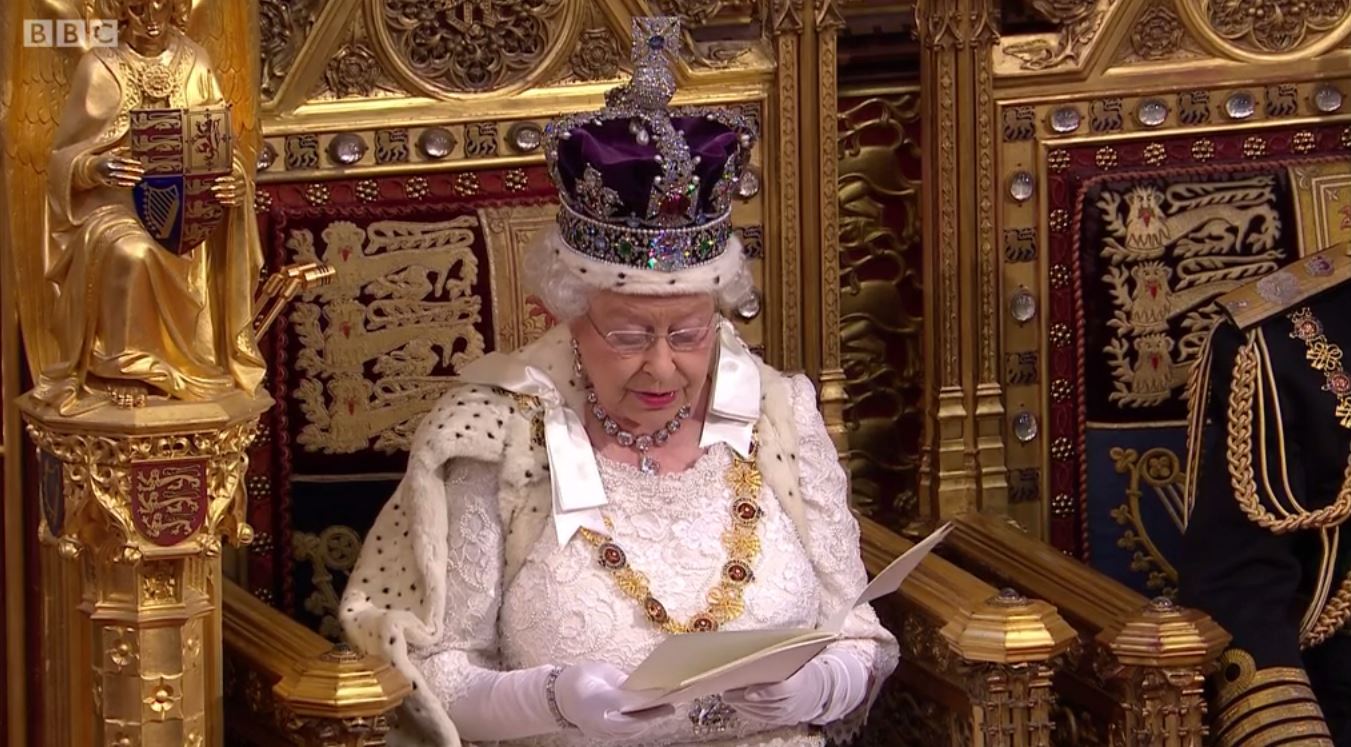 Nobody really knows what the UK government’s policy on onshore wind is anymore.

In its election manifesto, the Tories pledged to “halt the spread of onshore wind farms” — which most people took to mean an outright ban.

In the weeks after the election, energy secretary Amber Rudd said DECC would end onshore wind subsidies and give planning permission powers to local authorities (though if subsidies were ended there may not be much to give planning consent on).

But briefing notes attached to the government’s legislative programme officials revealed a raft of caveats which could mean, well – anything really.

Read the energy bill in its entirety — page 30

In the section entitled ‘Onshore Wind,’ the bill outlines the transfer of the planning veto from Communities Sec to local authorities — but only for wind farms larger than 50MW.

Planning decisions on wind farms smaller than that were already decided by local authorities.

Well it turns out there are a grand total of 0 onshore wind farms of that size in the English pipeline that haven’t already been approved.

But more significant than that, these rules won’t even apply in Scotland (big win for Sturgeon) or Northern Ireland — or maybe even Wales.

“These changes would not impact on the planning regime in Scotland and Northern Ireland,” says one of only a handful of bullet points detailing the policy.

And journey a bit further down the document and you’ll find the allowance for Wales, in which it says they “are considering how this will apply” in the context of the St David’s Day process.

It continues: “Changes proposed by the Silk Commission would mean that Wales will in future have the power to decide how they wish to manage planning applications for onshore wind up to 350MW.”

Well at least they count in England.

“We will halt the spread of onshore wind”. Except in Scotland, NI and maybe wales, and unless councils want it.

So that’s the planning business, what about the subsidies?

This one’s even less clear. All the bill says is: “The commitment to end new subsidy for onshore wind farms will be delivered separately.”

And the wording is pretty suspect. “End new subsidy”? How do you end a new thing?

If you get rid of subsidies for any new wind turbines then none will be built – anywhere – but if what you mean is ending “new subsidy schemes”, well that could allow quite a lot to get through under, um, existing subsidy schemes.

In fact, taken with the planning changes that don’t change much, that would effectively mean almost no change at all.

Confused, we phoned DECC where a spokesperson told us “we are looking at how to implement the Conservative party’s manifesto commitment,” to end “any new public subsidy”.

How are they looking to implement this commitment — and what does it mean?

Well it will involve, apparently, a process of consultation including with the devolved regions and taking in a look at the existing subsidy measures such as the Renewables Obligation, Feed in Tariff and Contracts for Difference.

Might that mean devolved regions have different onshore wind subsidy schemes? Will the existing scheme simply continue until its expiration date in 2020?

Who knows — but we seem a long way from the simplicity of the world “halt”.

UPDATE: A DECC spokesman has told The Telegraph they will “consult with the Scottish government” before taking steps to end any wind subsidies up there.

“There is no point doing a consultation without taking into account the outcomes of it,” he said.