Information Commissioner says censored fracking report should be made public 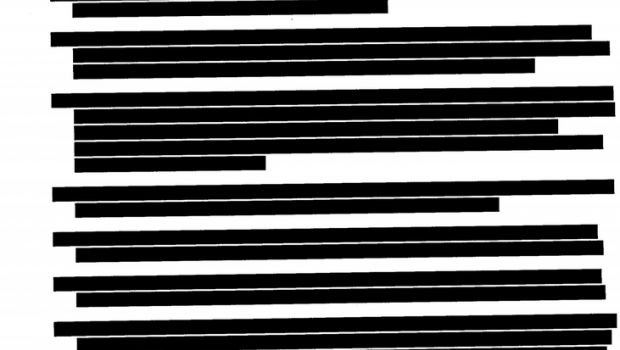 Isn’t it interesting that on a day when the environmental press corps is either reading a 190-page papal encyclical or trying to decode a new onshore wind policy, a damning transparency verdict on the UK’s government incendiary fracking report is published?

Last summer Unearthed asked the Department of Environment, Food and Rural Affairs (DEFRA) for a copy of an internal report called ‘Shale Gas: Rural Economy Impacts’. In return, we were given a document so ridiculously redacted that one of the “three major social impacts associated with shale gas drilling activities” was completely scrubbed.

Quite unbelievably, DEFRA defended their decision to make 62 redactions by claiming that releasing the government report in its entirety would “mislead and artificially distort the public debate thus hindering the formulation and development of government policy in relation to shale gas.”

Now the Information Commissioner’s Office (ICO) has weighed in, saying DEFRA ‘s reasons for redaction weren’t good enough and calling for the publication of the uncensored report. The decision, filed on June 8 but conveniently made public on this most hectic of days, is: “DEFRA has incorrectly withheld the information.”

To ensure compliance with Environmental Information Regulations (EIR), the Commissioner told DEFRA it should “disclose an unredacted copy of the report” in the next 35 days. If that doesn’t happen, it may be “dealt with as a contempt of court”.

A DEFRA spokesperson told Unearthed: “The Information Commissioner’s Office informed us of his decision which we will now consider in full.”

He said she said

On 20 August last year, a little over a week after the Energy Files article on the redacted report was published, we appealed to DEFRA to release the rest.

DEFRA declined, and in the months that followed provided a laundry list of reasons why the report should not be released:

The ICO, however, wasn’t convinced: “DEFRA’s submissions fail to specify why it is unable to provide a statement accompanying disclosure that explains that the information may be inaccurate or misleading and why.

“The Commissioner is not satisfied that the strength of DEFRA’s arguments is sufficient to outweigh the weight of the public interest arguments in disclosure.”

It concluded: “DEFRA had sought to consider the report at a granular level and isolate different parts of the report as environmental information.

“In this case the Commissioner does not consider that to be the right approach, it is important to consider the report as a whole, influencing a measure.”

Read more of The Energy Files