Paris in three easy parts: One, what will happen at the talks? 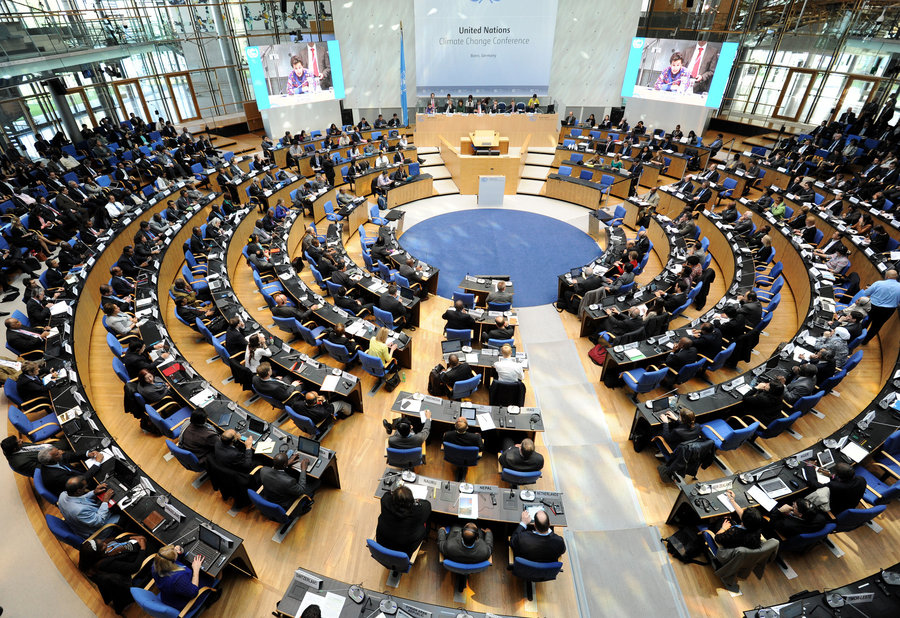 In theory, there is a relatively well-understood rhythm to a high-level negotiation of the kind planned for Paris. The reality is often a lot messier and more nerve-wracking.

But the French hosts will be hoping to limit the drama to a final standing ovation for the world’s first comprehensive, legally binding climate treaty.

So, how will the talks unfold?

Up to one million people are expected to take to the streets of Paris on the weekend before the talks open, with sister marches in cities around the world (including London).

Together, these will be the biggest ever manifestation of public support for action on climate change.  Prominent among the demands will be a call for the world to be powered entirely by clean, safe renewable energy within a generation.

Whilst Paris will stand and fall on the success of the formal negotiations, there will be a vast amount of other activity going on around the conference, ranging from the inspiring to the puzzling.

Mayors from around the world will be hosted by Anne Hidalgo of Paris and Michael Bloomberg of New York, in an event show-casing climate leadership in cities. Clean tech innovators and financiers will share ideas about re-booting the world’s energy systems.  Thousands will meet to discuss land use and forests. Civil society groups will stage hundreds of actions demanding greater urgency from politicians.

And while the French hosts have thankfully avoided a partnership with the global coal industry (as happened at COP 19), there will no doubt be both glitz and controversy surrounding the role of corporate sponsors at the talks.

Presidents Obama and Xi Jinping have confirmed that they will fly to Paris for the opening of the talks. Their presence, along with scores of other world leaders, will increase the price of failure; but also cause a few headaches for the French.

No-one wants a repeat of Copenhagen, where leaders milled around the Bella Centre accompanied by packs of security guards, and eventually ended up writing bits of the final communique themselves as the meeting descended into chaos.

The French hope to avoid echoes of that disaster by having them open the COP – but ideally they will have more to do than just make a three minute speech and jet out again.  As well as attending private meetings to help resolve crunch issues, they may be asked to signal their willingness to ‘be on the phone’ to fix any last-minute blockages and their personal commitment to accelerating the global transition to a clean economy.

Officials have been working for months now on a rough draft of the proposed deal; a cleaned up version of this should provide the basis for the opening discussions in Paris.

These will take place within the snappily named ‘Ad Hoc Working Group on the Advanced Durban Platform’, co-chaired by an Algerian and a US diplomat. As explained elsewhere, these co-chairs have the tricky task of trying to whittle the text down to a manageable length, with only a few unresolved issues left ‘open’ for ministers to fix when they arrive during the second week of the talks.

While the current draft agreement is not as long or messy as the text going into Copenhagen, many observers are concerned that insufficient progress has been in slimming it down, creating a significant hurdle on the way to a meaningful agreement.

From 9 December: the ‘high level segment’

In theory negotiators should have resolved all but the most difficult issues by the middle of the second week of the talks – leaving a few ‘square brackets’ around choices that are so tricky or sensitive, they need high-level political engagement to settle. (See ‘Part 2’ of this series for an outline of key issues.)

At this point, the Ad Hoc Working group (ADP) should formally close, and the actual COP – the Conference of the Parties to the UNFCCC – should begin its high-level negotiations.

Responsibility for managing the final stages of the talks is then handed over to the French hosts – with a senior minister (most likely foreign minister Laurent Fabius), taking on the role of ‘COP President’.  From now on, it is the president’s job, supported by the secretariat of the UNFCCC, to help politicians resolve any outstanding issues.

At this stage all the work is behind closed doors and generally goes on well into the night. The potential for rumours and mistrust is considerable.  A diplomatic misstep or a leaked text that seems to favour one side or another (as happened in Copenhagen), can have disastrous consequences.

Assuming that all has gone well (in diplomatic terms), and that ministers and leaders (on their phones) have resolved the outstanding issues, the COP presidency will call everyone together for a  final ‘plenary’ meeting – a meeting of all the countries at the most senior level. This is where decisions are made in a COP.

This final plenary is the moment of maximum drama, because the UN Climate Convention operates by consensus – meaning that every country in the room (at least in theory) has the chance to veto the deal. Saudi Arabia, Bolivia, India and Russia have all at different times ‘put up their flags’ to make objections of this kind in previous COPs.

As a result, plenaries have often been the scene of intense wrangling, with diplomats forming huddles (and sometimes scrums) in frantic attempts to over-come final hour disagreements. We assume the French will be hoping fervently to avoid ‘Le Huddle’, however exciting it might be for watching journalists.

If a deal is finally agreed, the president will say the magic words – ‘It is so decided’, the gavel will come down, and there will be a mixture of tears, jeers and cheers – and not a little astonishment.  And then will begin the long job of working out what it actually means.