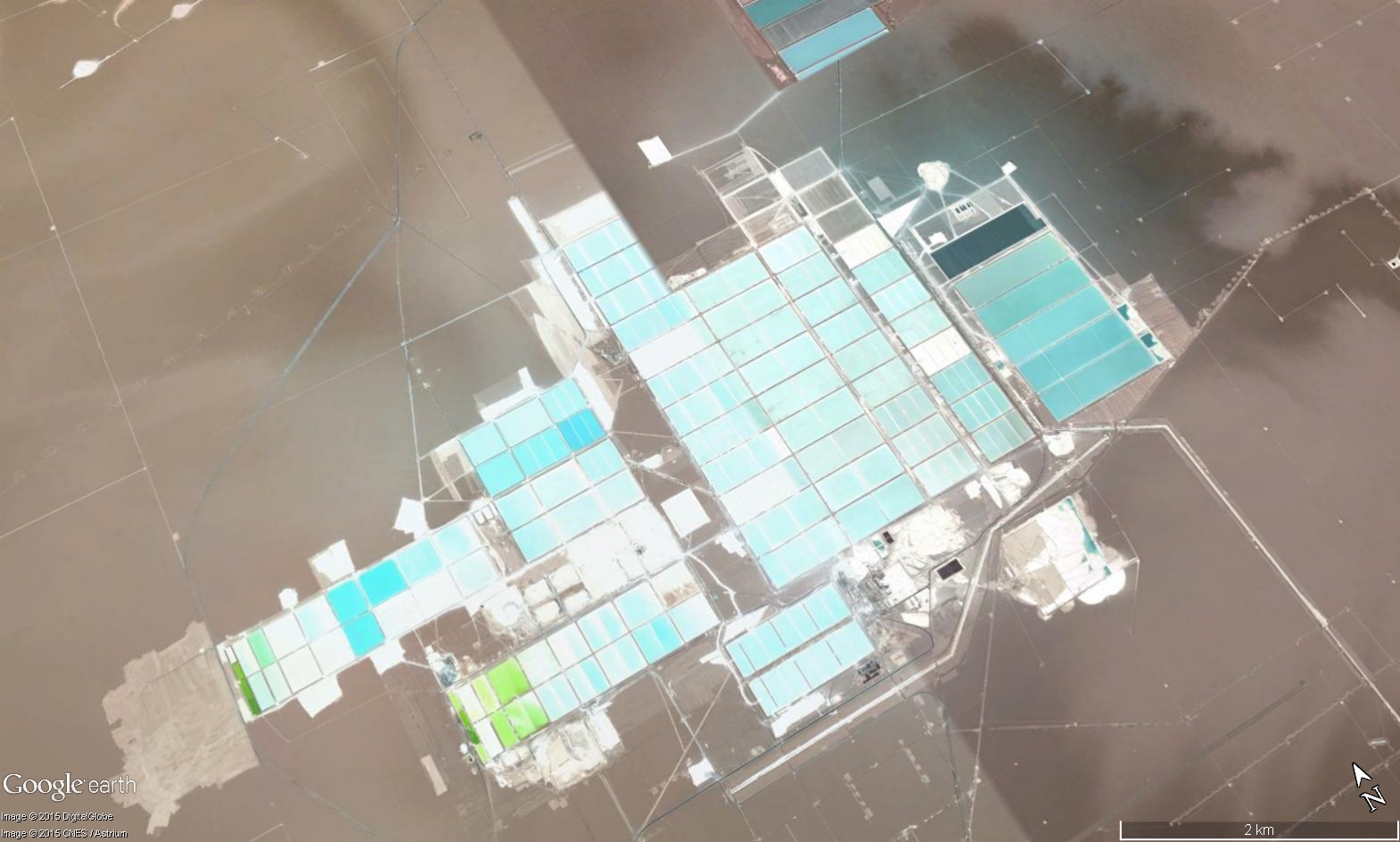 The signing of the Paris climate change accord was a pretty big deal within international diplomacy. Almost 200 countries agreed to take action to stop greenhouse gas emissions.

This was hailed as a great victory by some, and still a bit vague and unfair by others, but one thing was clear: Governments have made the first steps in affirming that the energy industry will need to be transformed – turning away from fossil fuels and towards renewables.

But that doesn’t mean the transition to renewables will be environmentally, economically, or socially perfect. Here are three pitfalls of the transformation to renewable energy – and how they may be overcome.

So the sun doesn’t always shine the wind doesn’t always blow. But there are quite a few other ways to get renewable energy, and added all together – with sound energy storage and grid balancing technologies in place – it should be possible to use renewables for all our energy needs.

Read more:
Here’s how the world can get to 100% renewable energy
4 ways the UK can get almost all its power from renewables – without Hinkley

Fortunately we do have quite a few other options besides solar and onshore wind farms, and numerous ways to store energy – though these are nearly all in their early stages of development.

There’s marine energy, like tidal and wave power; hydroelectric power (which comes with its own climate risks, but it generally works until there’s a severe drought) and pumped hydro storage; rooftop solar plus home battery storage; solar thermal plant plus molten salt storage; offshore wind plus compressed or liquid air storage – and more being invented all the time.

Here is one idea for how they could work together in the UK. And German think tank Fraunhofer Institute, has worked out how renewable sources can work together to provide Germany with 100% renewable energy all the time.

Even powering the cloudiest place in the industrialised world – that’s the UK – with solar power is possible. The former CEO of the National Grid, Steve Holliday, has expressed surprise at the solar capacity added just in the first half of 2015: “The amount of solar being added to the system is incredible. 1500 MW in the first three months of this year. That’s the capacity of two power stations. I made a comment to the Energy Minister four years ago that there was little probability we would have 20,000 MW of solar in the UK. Now three of our scenarios have more than 20,000 MW of solar by 2035.”

Add a few new utility-scale lithium-ion batteries to the mix, or another form of energy storage, and having the energy needed to get us through a long night (or winter) is actually fairly doable.

And industry doesn’t have to suffer either: There’s this steel manufacturing plant in Alabama in the US that runs on solar panels and Tesla batteries alone, making it completely off-grid.

Read more: Comment: Batteries — why you should believe the hype

It almost goes without saying that energy storage is a huge gamechanger for this particular problem. And tech for managing supply and demand is crucial too.

There are hundreds of energy storage and energy management tech startups working on the problem of getting energy to homes and business when they need it. Holliday notes that in an energy incubator program he works with at New York University, 25 of the 30 firms involved were software companies.

2. Too much of a good thing

Back in 2013, residents of Hawaii who had installed solar panels on their roofs at great personal cost – such as William Walker and Mi-Chong who spent $35,000 on a rooftop photovoltaic system – found themselves still paying for grid electricity. This was on top of the loan for the panels, which were lying idle.

This was far from what they expected to happen – which was to earn credits from the utility from extra power generated from their roof.

Hawaiian Electric (HECO), the utility that manages the grid, said that over-abundant solar and wind power on the islands was causing a crisis in the grid, overloading circuits and jeopardising safety.

A year later, HECO launched a request for energy storage firms to provide “one or more large-scale energy storage systems able to store 60 to 200 megawatts for up to 30 minutes” – the second-biggest energy storage procurement request ever made at the time, behind California’s huge state-mandated targets.

Hawaii has had to work on utility-scale and distributed storage – plus the inverters needed to make them work properly – because of the popularity of its solar PV, 97% of which is residential, and because it’s a collection of islands cut off from other power grids.

As the technologies roll out across the globe, other utilities can learn from HECO’s experience.

But even if best practice is shared everywhere, Hawaii’s overproduction of solar and wind power tells us something else: Our economies, and the businesses and government departments that run and administrate them, are simply not geared up for nearly-free electrons. The whole system has to be redesigned to accommodate this, and some industries will lose out.

Fortunately, unlike Hawaii, much of the world (including the UK) is connected to continent-wide power grids allowing excess power to be exported to where the sun is not shining or the wind blowing.

3. Low-carbon, but highly toxic or water-intensive?

Solar panel manufacturing is a toxic business. Firstly, a lot of photovoltaic solar panels are made from silicon, and the materials mined to create them puts workers at risk from lung disease silicosis.

Then there are the waste products from factories.

In 2008 a Washington Post investigation exposed a company supplying major solar cell manufacturer Suntech Power Holdings for dumping silicon tetrachloride on fields near its factory in Henan province in China, inflaming the noses and throats of nearby residents.

Publication of the investigation led to falling share prices. Investors don’t like this, so this led to better scrutiny of company practices and eventually ended up with China making laws about recycling silicon tetrachloride.

Innovations in chemical engineering can also solve these kinds of problems. Thin-film solar cells use highly toxic cadmium chloride, but last year researchers in the UK found that it could be replaced by cheaper and entirely benign magnesium chloride, which can even be extracted from seawater. This not only removes the toxic elements from the process, it saves on costs too.

Mining for the lithium in lithium-ion batteries can also harm the environment.

Lithium is found in brines underneath vast salt flats in places like Chile, Argentina, China, Bolivia, Tibet, Mexico, and California and Nevada in the US.

Although the process of evaporating the water to extract the lithium is itself non-toxic, pumping the brines out from under the flats can lower the water table permanently.

In dry regions – often already feeling the impacts of climate change – this impacts on communities’ access to water for the other areas of their economies such as tourism and agriculture.

A single electric car can use anything from 3kg to 30kg of lithium, and processing it into usable form for these batteries requires toxic solvents.

In Argentina, areas licensed for lithium mining cover 3,320 square kilometres of salt flats, about twice the size of greater London. With storage capacity growing all the time, and investors calling lithium the “new oil”, damage to the ecosystems and livelihoods in the salt flats of southwestern South America seems inevitable.

There is quite a lot of lithium, so the danger is that a lot of it will be mined, causing irreparable damage to the water table across large swathes of land. Mandatory battery recycling policies may help fix this, alongside sensible policies from mining zones on water replacement.

But like with any valuable natural resource, there can be upsides. A country like Bolivia – one of the poorest in the region – has the opportunity to be the biggest supplier of an essential new clean tech component, enhancing their own economy while fighting climate change. Unwilling to simply export lithium carbonate as a primary commodity, a lithium battery factory has been built on the edge of their vast Salar de Uyuni, home to the largest lithium reserves in the world.

Many of these problems can only be solved as they happen, or as companies and regulators have enough data to mitigate them.

Already there are clashes between utility companies, grid utilities and residential self-producers. And there have always been challenges in mining any material.

The hope has to be, that if the global community can be united against greenhouse gas emissions, it can also turn its hand to shaping the new energy economy in a way that doesn’t simply undo all this well-intentioned environmental action.