How is UK flooding linked with climate change? 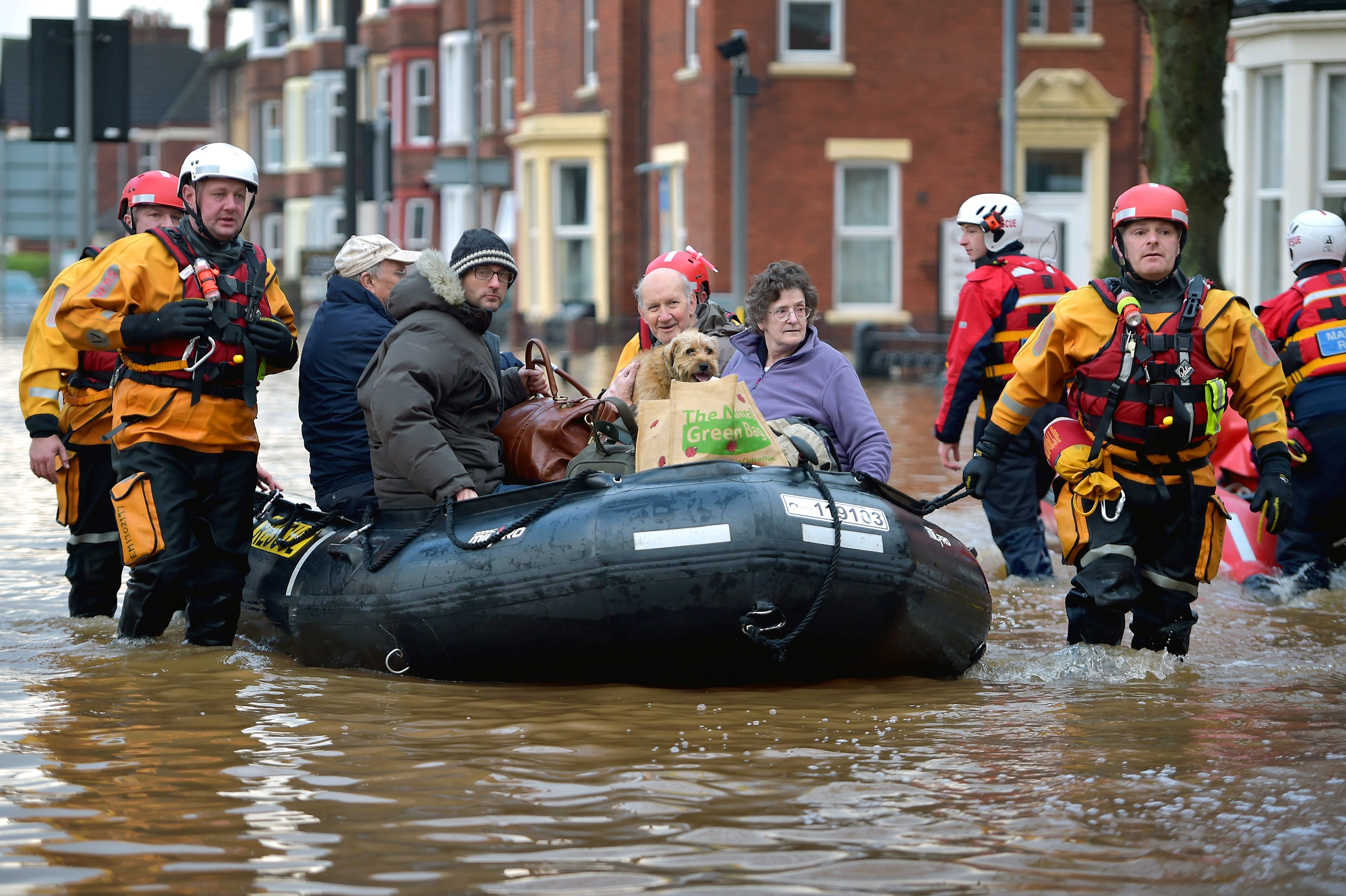 This story was updated on 4 January 2016

Over the past month there has been severe flooding in Cumbria, Lancashire, Yorkshire and Scotland.

Storm Desmond hit Cumbria and the north west of England in early December, followed by Storm Eva just before Christmas and Storm Frank ahead of the New Year.

December was not only the warmest on record in the UK, it was the wettest on record for Scotland and Wales, according to the Met Office.

Record-breaking rainfall was reported at several locations in north west England during the storms, especially during the torrential rains of Storm Desmond.

New rainfall record for a 24-hour period was broken at the weekend with 341.4mm recorded at Honister Pass https://t.co/A4udcXARae

So are the UK floods caused by climate change?

It’s still quite early – and tricky – to say for sure.

In general, attributing the contribution of global warming to individual extreme precipitation events remains inexact, although general trends are clearer, and new modelling is staring to give indicative numbers.

A recent modelling study in Nature Climate Change concluded “about 18% of the moderate daily precipitation extremes over land are attributable to the observed temperature increase” of 0.85 degrees. But this would more than double – to 40% attributable to manmade global warming – if warming reached 2 degrees (see below illustration).

The Paris agreement has the goal of “well below” 2 degrees and an aim of pursuing 1.5 degrees. The pledges countries contributed towards the Paris climate negotiations process last year add up to around 2.7 to 3.5 degrees according to analyses from various think tanks – though a ratcheting mechanism aims to increase ambition over time.

Looking specifically at the recent UK floods, there has been one quick fire reverse attribution paper published concluding that climate change made the Storm Desmond deluges 40% more likely – though the range was 5 to 80% more likely. The study – done by Oxford University and the Royal Netherlands Meteorological Institute – was published as a discussion paper, and in the process of open peer review.

A MET Office spokesperson said the agency is working on a comprehensive study on the storms and climate change. 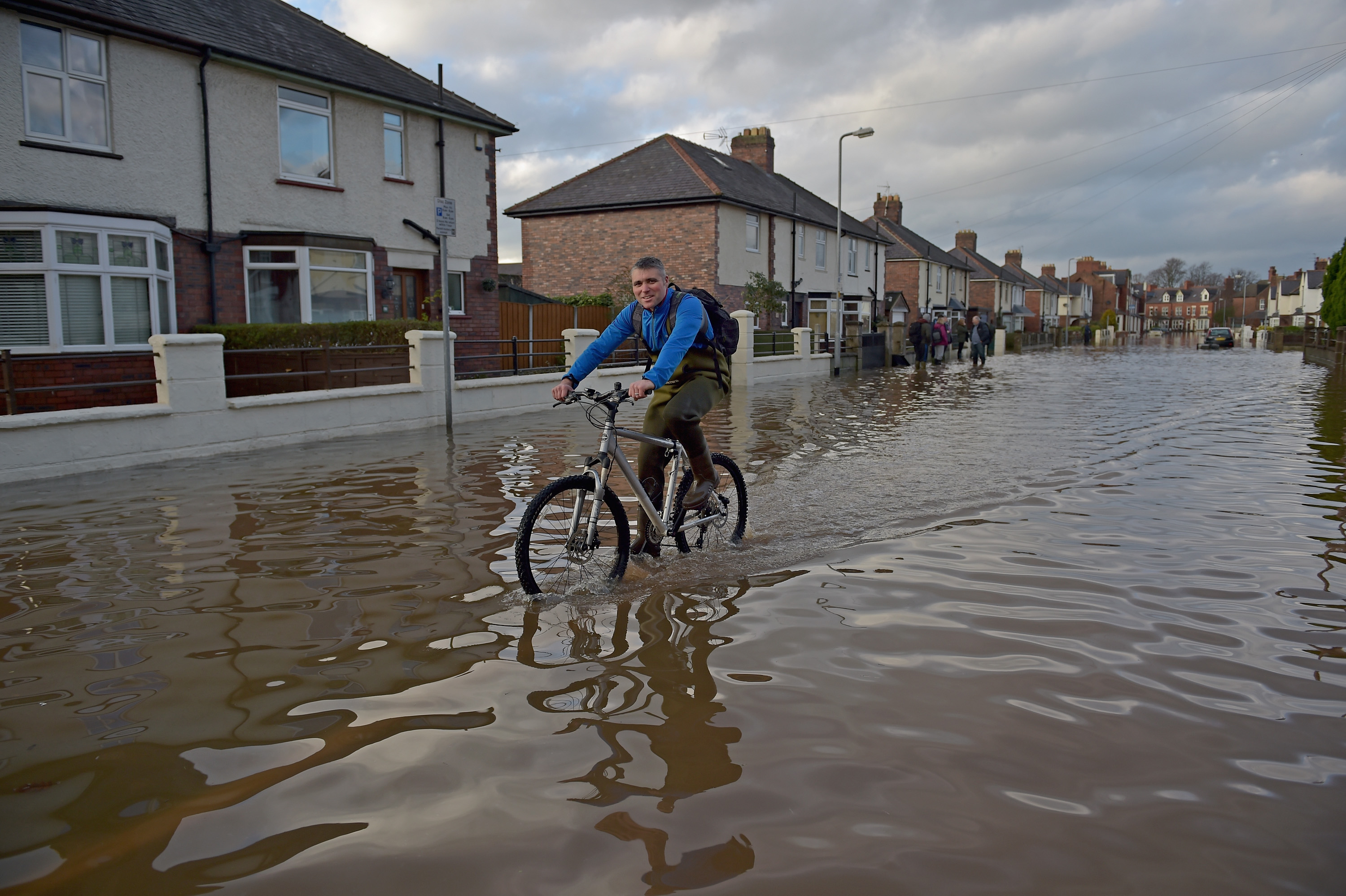 In the meantime, the MET Office’s chief scientist Professor Dame Julia Slingo has stated: “early analysis suggests that the specific nature of this December’s extreme weather might be linked to the detailed structure of this El Nino, to the warmth of the north-east Pacific Ocean and to their combined effects on the atmospheric circulation”.

So El Nino has a lot to do with the storms. But climate change could plausibly have exacerbated the storms, Slingo added.

This is because the warming of the oceans means for every 1 degree of warming (we were set to pass 1 degrees by the end of 2015) the moisture in the atmosphere increases by around 6%.

“This extra moisture provides additional energy to the developing weather system, enabling even more moisture to be drawn in to the system, so that the overall enhancement of rainfall when the moisture-laden air impinges on the mountains of Wales, northern England and Scotland may be even more significant,” Slingo said.

Five of the UK’s top six wettest years have happened since 2000, and winter 2013/2014 was the wettest since record began.

The Met Office’s Slingo has said: “The latest research we published last month looking back at the 2013/14 floods was that for the same weather pattern, heavy rainfall of the type we have seen this weekend is now seven times more likely than in a world without human emissions of greenhouse gases.”

The UK’s climate change advisors, the Committee on Climate Change, have said the UK floods fit with the trend you would expect to see in the UK: “Climate change [is] likely to increase frequency and magnitude of severe flooding events”.

This is in line with a seminal  MET Office report on the UK impacts of climate change that forecast an increase in flood risk in the UK with climate change, as well as saying “Rainfall extremes are generally projected to increase, particularly during winter”. 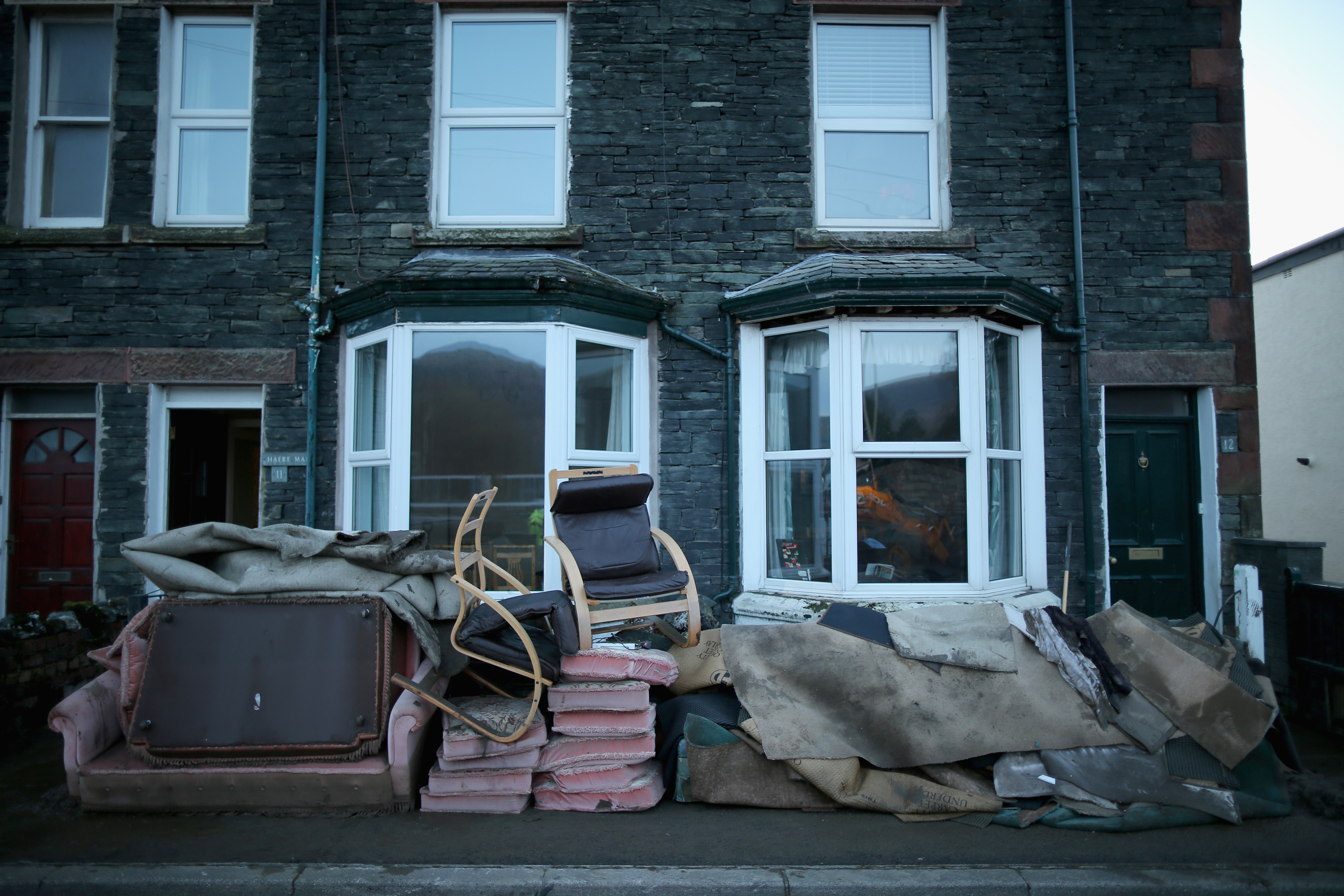 The UK-wide trend fits with the IPCC’s predictions for Northern Europe.  In its most important synthesis of climate change science so far – The IPPC’s fifth report (AR5) – it expresses high confidence in changes in temperature and rainfall in Europe “with projected increases in temperature throughout Europe and increasing precipitation in Northern Europe”.

Flood damages in Europe could increase 200% by the end of the century without efforts to reduce emissions, according to researchers.