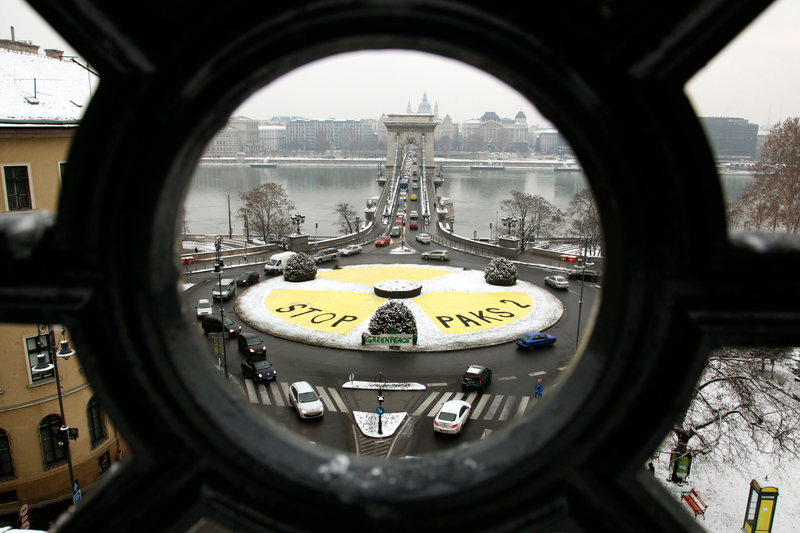 The power plant planned for Hinkley Point in the UK is not the only major nuclear project in the pipeline in Europe.

The reactors, to be built by Russian state-run firm Rosatom, are reportedly close to receiving European Commission approval for Kremlin-backed construction subsidies.

Apparently the Commission is ready to accept €10 billion worth of state investment, provided in this case via an intra-governmental loan from Moscow.

Hungary’s decision to build Paks II, which would be impossible under normal market conditions, assumes additional state investment in grids, reserve plants and other things.

Of course these subsidies don’t account for budget overruns or delays, which is kind of par-for-the-course for new nuclear plants these days.

The Hungarian press claims the Commission will require Hungary to meet two conditions designed to reduce the Paks II’s impact on competition, which is going to be kind of difficult seeing as the 4 old and 2 new nuclear reactors would together produce between 70 and 140% of current local power systems load.

It sounds as though the Commission wants organisational separation between the old reactors’ operator (100% state owned MVM) and the new project’s company (a different 100% state owned entity).

Bizarrely, it appears to be fine with different Ministries supervising these two nuclear companies — which will be operating at the very same site. That can’t end well.

Paks II would also have to sell its electricity to the electricity exchange, which a quick-fire market analysis suggests would lead to these relatively big reactors suffocating the small market.

It goes further than just competition issues, as well.

Experts ranging from Candole Partners, Energiaklub, previous energy state secretary Balázs Felsmann and another from an institute led by a founder of the government party (Corvinus University REKK) all foresee a need for large operational subsidies during the reactors’ 60-year lifetime and beyond.

It sure seems like the electricity from Paks II will outstrip its production costs.

Official figures suggest €50-60/MWh energy from Paks II — this is around twice as much as the market price today.

The aforementioned experts think the costs could be higher, even without the usual delays and overruns

And this assumes most of existing 1700 MW smaller capacities closed and not a new MW of wind or solar built – while in reality solar doubles every year.

So, if the Hungarian press is right, then the European Commission would be prepared to approve large investment subsidies for Paks II with weak conditions, which would lead to the elimination of any remaining competition on the Hungarian electricity market, the fragmentation of the EU internal energy market  and the need for a whole host of new subsidies.

The Paks experience lends credence to criticism of the sizeable financial package that underpins EDF’s troubled Hinkley project, including the high strike price for its power.

A recent revision by the UK government found that consumers will be paying an extra £20 billion for Hinkley power due to falling wholesale energy prices.

Not long after the government’s spending watchdog – National Audit Office – said ‘top up payments’ could reach £30 billion, and that renewables like wind and solar may make more financial sense.

Indeed, as a new Unearthed analysis shows, even offshore wind – the most expensive of conventional renewables – is competitive with Hinkley, and that’s after taking into account additional intermittency costs.

A few months ago, rumours circulated that EDF would pull out, and even Chinese backers saw the Brexit vote as a potential death knell for the project.

There was, however, one foreign country ready to step in and act as Hinkley’s white knight.

Earlier this year, as Rosatom officials held meetings with government, prominent Tory politician Tim Yeo called for Russia to be considered for a Hinkley role.

That’s unlikely happen now that EDF has dispatched its internal opposition, but new UK Prime Minister Theresa May has hit the brakes and is reassessing the project.

One lesson she could learn from Paks II: Nuclear subsidies are never enough.