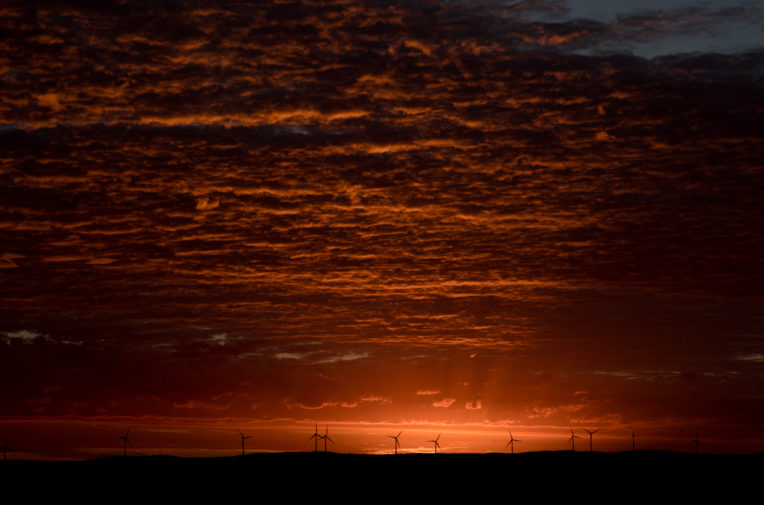 Nearly three years ago, the governments of the world met in Paris and agreed to not only tackle climate change but to “pursue efforts” to keep global warming limited to 1.5C rather than the previous 2C target.

Today the IPCC produced its eagerly-anticipated special report on the 1.5C goal — detailing why it’s better than 2C and sketching out how we could achieve it.

Here are some key takeaways from the report (and the wider literature around 1.5)

Parts of the world – Africa, the Middle East etc – are already very hot so an extra 0.5 degrees is kind of a big deal.

1.5, which is already half a degree warmer than what we have today, could lead to twice as many heatwaves in Africa by the end of the century — and 2C would lead to even more.

Indeed three sigma heatwaves (aka so hot it kills people) could be experienced quite often in a 2C world, like half the summer in tropical countries.

Some of those already very hot places could become virtually uninhabitable if we hit 2C.

Here’s a headline stat for you: Around 420 million more people could be frequently exposed to extreme heatwaves at 2C vs 1.5.

While the world’s hot places get hotter, the world’s coldest places are going to be significantly less cold.

The Arctic is warming at twice the rate of the rest of the world, with record-low sea ice levels becoming a regular occurrence in recent years.

Now if the world were to warm by 2C, we’re looking at the prospect of ice-free Arctic seas once-per-decade rather than a one-per-century happening under 1.5.

And then there’s the permafrost…

1.5 could save roughly 2 million km2 of the permafrost, the frozen rocks and soil at the Earth’s poles.

That’s especially important because buried within that permafrost are vast reserves of carbon and methane, which if released could pack the atmosphere with fresh greenhouse gases that would accelerate climate change.

Recent research suggests 2C – once seen as tolerable – could trigger up to half of the world’s identified tipping points, leading to runaway climate change we would likely be unable to reign in.

Ice turns to water, and warm water expands, so changes in the Arctic and in the oceans are expected to drive sea levels significantly higher than they are now.

Even 1.5 warming could see 46 million people (who currently live in coastal regions) at risk of permanent inundation from higher sea levels.

But ultimately we’d be looking at roughly 8cm less sea level rise by the end of the century and up to 10 million fewer people exposed to the associated risks.

Coral reefs would be effectively wiped out under 2C

There are few places in the world feeling the brunt of higher temperatures more than warm-water coral reefs.

So naturally more warming will further damage the corals that host so much of the world’s underwater biodiversity.

Nine out of ten coral reefs are expected to suffer severe degradation in a 1.5C world, but an extra half degree could devastate the remaining 10%.

Twice as many species face dramatic loss of life

That half degree more warming could mean twice as many vertebrate species lose more than half of their hoard (4 vs 8%) and an even greater proportion of invertebrates (6 vs 18%).

That’s partly because roughly twice as much landed area could undergo ‘ecosystem transformation’ if we hit 2C.

In that scenario, about 25% of the 80,000 plant and animal species in the world’s most naturally rich areas, such as the Amazon and the Galapagos, could face local extinction by the end of the century.

The proportion of the world population exposed to a climate-induced increase in water scarcity could be reduced by up to 50% if warming stays put at 1.5.

If we hit 2C but don’t go any higher then we’re looking at roughly 8% of the global population facing severe water shortages.

Looking closer, even 1.5 could have serious impacts on parts of the world: available freshwater reserves could fall by 9% in the Mediterranean, 10% in Australia and 7% in north-east Brazil while the 800 million people in Asia who rely on the continent’s mountain glaciers for water could have to deal will ⅓ less of it.

And we could avoid the worst of the food crisis

The number of people exposed to lower crop yields around the world is 10x greater in a 2C world vs 1.5C.

And the decrease in global annual catch for marine fisheries is twice as severe.

1.5 is right around the corner

The planet is already 1C hotter than it was before the industrial era, and our still sky-high greenhouse gas emissions have already guaranteed warming for a while longer yet.

If global temperatures continue to rise at the current rate, we’re expected to cross the 1.5C threshold between 2030 and 2052 (that’s as soon as 12 years from now!)

The Paris Agreement in no way does the trick

While it’s certainly encouraging that pretty much every country in the world pledged to do something about their carbon emissions for the Paris Agreement, those pledges won’t limit climate change to 2C let alone 1.5C.

Basically take all the stuff mentioned above and multiply the risks, the knock-on impacts and the number of people whose lives will be upended.

Sticking to the current 2030 targets would mean we could forget about 1.5C. They would lead to emissions about double of where we’d need them to be.

So let’s get off coal now

Achieving 1.5 would require global CO2 emissions to be cut in half by 2030 and reach net zero by mid-century.

First up is the low-hanging fruit. Coal consumption should be cut by at least ⅔ by the end of next decade, according to the report’s authors.

In the report’s main scenario that doesn’t require loads of as-yet unproven carbon removal technologies (called BECCS, see below) global oil consumption is almost halved by 2030 and gas cut by one third.

Btw can BECCS even save the world?

Because the IPCC scientists are counting on it to. (Read our new feature on it here)