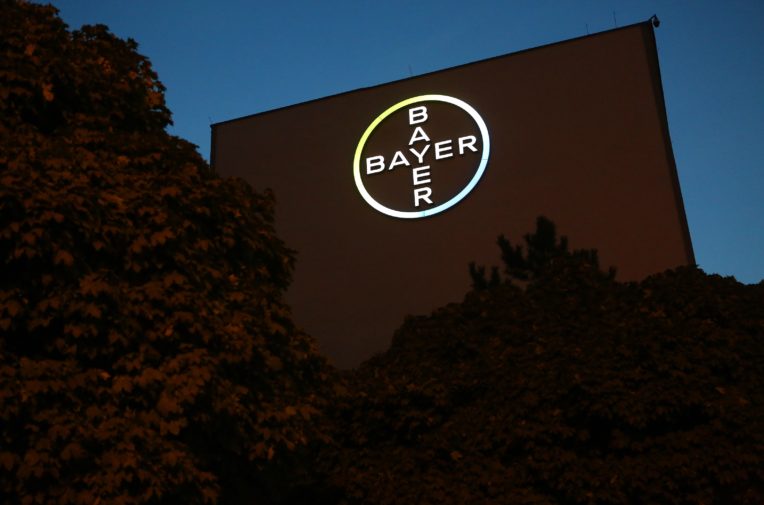 American agrochemical giant Monsanto paid a public-affairs consultancy up to €200,000 to set up a ‘grassroots farmers’ operation across Europe to oppose a prospective EU ban on glyphosate, Unearthed has learned.

Glyphosate is a key ingredient in Monsanto’s signature Roundup weedkiller.

Dublin-based political firm Red Flag Consulting led the pro-glyphosate campaign, quietly launching a wide-reaching PR drive and enlisting the support of thousands of farmers from stands at agricultural fairs in “the eight most important EU countries.”

In contemporaneous reviews seen by Unearthed, sales representatives working at the booths said that their job involved distributing “truth-clarification materials” about glyphosate, and gathering contact information and signatures.

In recent promotional literature Red Flag describes how it “won the single-biggest regulatory and public affairs campaign in the European Union,” using “non-traditional allies” in an attempt to change the positions of eight countries in the EU.

“Red Flag leveraged these efforts on identified targets through media and direct engagement to ultimately change votes in a key committee in Brussels to bring about a win for our client,” one brochure says. The firm did not confirm whether these claims referred to its work on glyphosate.

The firm’s campaign was run in tandem with a US consultancy, Lincoln Strategy, that worked on Donald Trump’s 2016 presidential campaign.

While Monsanto mostly uses Fleishman Hillard for its PR work in Brussels, Unearthed has established that they accepted an approach from Red Flag to orchestrate the influence drive, which was run at arm’s length from the firm.

Red Flag’s other big spending clients include US biotech company Anitox, which has been described as “extremely active” in its support of glyphosate in the EU, and British American Tobacco, according to the EU transparency register.

“Monsanto must have been desperate to use these methods,” Green Belgium MEP Bart Staes told Unearthed.

“It really is a scandal. Sadly, this is fully in line with Monsanto’s behaviour throughout the whole glyphosate [relicensing] campaign.”

A spokesperson for Monsanto confirmed to Unearthed that it –  along with a ”coalition of users and manufacturers of glyphosate and other plant protection products” – supported the Red Flag project.

“Thousands of farmers across Europe have supported this initiative and made their voices heard in support of maintaining access to this vital for modern and sustainable agriculture,” the spokesperson added.

Red Flag’s contribution to the campaign involved setting up entities such as Agriculture et Liberte in France, described by industry insiders as “a grassroots farming coalition.”

The firm’s CEO, Karl Brophy, said this was not a lobbying exercise.

Instead he told Unearthed Red Flag provided “factual information about the science on glyphosate” to farmers and other individuals who “elected to be educated” and who then “made their concerns known in their own voices and by their own volition.”

Reference to Agriculture et Liberte’s industry support can be found in a bulletin point at the bottom of their website.

But there is no mention of Red Flag – or its industry funding – on the group’s twitter account, which describes itself as “a group of French farmers who have come together to protect our way of life and livelihoods,” nor in its press coverage.

Unearthed has identified similar entities in six other EU countries that appear to be the localised branding in Red Flag’s ‘freedom to farm’ campaign.

It includes the names Free to Farm in the UK, Liberta di coltivare in Italy, Raum für Landwirtschaft in Germany, Libertad para consultar in Spain, Rolnictwo Dobrej Praktyki in Poland* and Vrijheid om te Boeren in the Netherlands.

These outfits – which are often registered to Red Flag’s Dublin address and an email account belonging to a Lincoln Strategy staffer – have appeared or are due to appear at 33 events since the start of 2017.

Brophy told Unearthed he does “not recognise a number of the groups you appear to be referring to,” but declined to elaborate. There had been no attempt to conceal the involvement of Red Flag or Lincoln Strategy, he said.

“Monsanto wants it to appear as though farmers are independently speaking out to support continued use of this chemical, when in reality these ‘farmer’ groups are actually little more than pawns in a public relations campaign drawn up by its hired spin agents,” said Carey Gillam, investigative journalist and author of Whitewash, which details Monsanto’s history and the rise of glyphosate herbicides.

“It has used these tactics in countries around the world to try to sway public opinion in support of its products, to downplay risks to human health and the environment, and to pressure and harass scientists and lawmakers who Monsanto perceives as a threat. It is well past time that these secrets are exposed.”

Unlike Red Flag, Lincoln does not have an EU transparency listing. Lincoln’s staff email accounts were used in Red Flag’s campaign as part of its role “providing logistical and operational support to the project.”

A Lincoln spokesperson said all of the firm’s campaigns – including its work in support of clean coal –  “rely solely on sharing information with genuine citizens and encouraging them to make their voices heard on topics that are important to them.”

The effects of glyphosate on farmers and gardeners who come into contact with it have been contentious ever since the World Health Organisation’s agency on cancer labelled the substance “probably carcinogenic” in 2015.

In August, a US court ordered Monsanto to pay $289 million in damages to a groundskeeper who claimed he contracted Non-Hodgkin’s Lymphoma from using Roundup, a landmark decision that could trigger an avalanche of similar verdicts in further cases.

Health concerns were at the heart of the EU’s apparent reticence to reauthorise glyphosate, although reports from regulatory agencies claimed that the chemical was safe.

Ultimately while the pesticides industry did not succeed in renewing glyphosate’s 15-year license in Europe – it was cut down to five years – a complete ban was averted.

In a lengthy statement supplied to UK news outlet The Independent, Brophy said:

“Red Flag is an agency with a number of clients in the food and agriculture sectors and a wide network of contacts in the agricultural community. We worked to bring a number of our clients and contacts together in order to help those people who would be most affected by a potential glyphosate ban – the  farmers who produce Europe’s food.”

“Last November, a very large majority of European Union countries voted to re-authorise glyphosate. We’re proud to have played a small part in providing the information that was used by many committed individuals to stand up for their livelihoods, their communities and for the future of Europe’s food supply.”