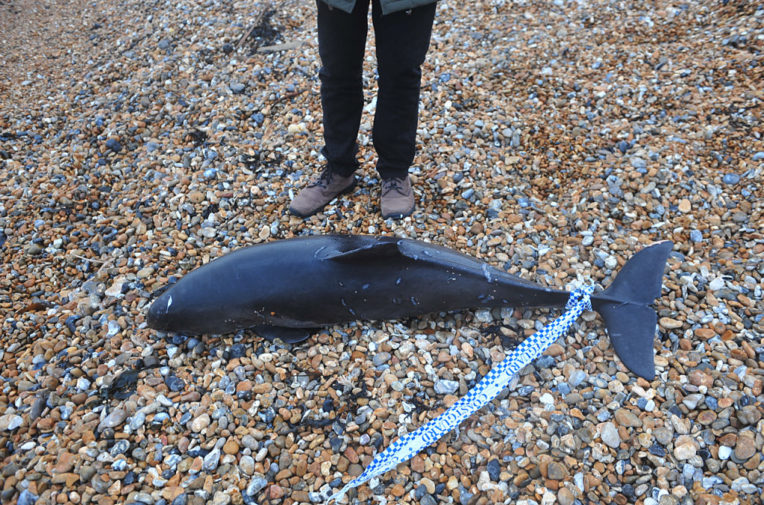 EU environment cases against UK left in limbo by Brexit

Cases against the government over air pollution, porpoises and damage to peat bogs could fall through the cracks after Brexit

EU environment cases against UK left in limbo by Brexit

Cases against the government over air pollution, porpoises and damage to peat bogs could fall through the cracks after Brexit

The British government could find itself off the hook in up to 11 key cases where the EU is pushing it to improve environmental protections if they are not taken up by a new UK regulator.

One such case focuses on ministers’ apparent reluctance to prevent the burning of peat in protected areas. As well as fuelling climate change the practice has been linked with flooding in Northern England. Campaigners have renewed their calls for action in recent weeks after three Yorkshire towns downstream from a major estate were flooded by Storm Ciara.

Other cases focus on areas such as air pollution where the UK has been failing for a decade to comply with EU laws; the failure to properly regulate water pollution; and multiple failures to implement and report on rules protecting the UK’s wildlife, including threatened porpoises.

The uncertainty, raised by experts, comes as the post-Brexit environment bill is set to return to parliament on Wednesday. The government has promised it will maintain or enhance environmental standards after Brexit and told Unearthed the bill will create “a world-leading system for environmental governance”.

Under the Withdrawal Agreement, the European Court of Justice (CJEU) will continue to have jurisdiction over all cases referred to them regarding breaches of EU law before the end of the transition period. Cases can continue to be launched up until the end of 2024.

But legal experts say that there is a risk that outstanding cases will end up “in a dead end” because for political and financial reasons the EU may do little in practice and any procedure to transfer them over to the new Office of Environmental Protection (OEP) – the UK’s post-Brexit environmental regulator – remains unclear.

And while the European Commission told Unearthed that they will continue to enforce during the transition period, they declined to comment on what would happen afterwards.

If the EU doesn’t continue to act because of Brexit, the government may not honour its commitment to conserve the UK’s peatlands

A spokesperson from the EU Commission told Unearthed: “As set out in the Withdrawal Agreement, EU law continues to apply in full to the UK for the duration of the transition period.”

Green MP Caroline Lucas said the cases are a “litmus test” for the government’s pledge to be a world leader on environmental protection.

She told Unearthed: “The government has an opportunity to fix this in the Environment Bill. It must transfer existing cases to the Office for Environmental Protection and, most crucially, grant the watchdog proper independence and real teeth, with enforcement powers similar or better than those of the EU courts and Commission.”

The cases faced by ministers essentially fall into two categories – those already referred to the EU court which may, or may not, be pursued and those still in development where the government is more likely still to face no sanctions.

One case centres on the UK’s failure to bring nitrogen dioxide pollution, much of which comes from diesel vehicles, within legal levels. The UK was referred to the European Court of Justice (CJEU) – Europe’s highest court – two years ago, but the court is yet to rule and lawyers at ClientEarth, who brought similar cases against the government, have raised concerns that it will not progress further to the stage where it could be heavily fined.

Their clean air lawyer Katie Nield told Unearthed: “The UK has been failing for ten years to comply with its obligations under air quality law derived from EU regulations. The fact that this could ultimately go unpunished by regulators is deeply worrying”.

Another case already in the courts relates to a failure to protect sites for harbour porpoises. A report from 2019 found that over 1,000 had died in a year, often from fishing nets. The UK has been ordered to create more conservation zones – but it is not clear if this will be enforced.

The three other cases that have already been referred to the CJEU are:

However it is the cases at an earlier stage of development which are least likely to be pursued. An EU source told Unearthed that the Commission always tries to resolve cases before taking them to the court.

One of those concerns the burning of peat bogs on protected areas in Northern England. It was originally brought by the RSPB and Yorkshire group Ban the Burn, in part because of concerns that the practice exacerbates local flooding.The bogs are globally rare and can store huge amounts of carbon, help to prevent wildfires and reduce air and water pollution but moorland owners burn them to support grouse shooting.

Since the Commission launched its case in 2016, the government has been in discussion with estates to encourage them to cut the practice and had pledged to introduce legislation to ban it, but efforts seem to have stalled. Documents obtained through freedom of information laws revealed last week that grouse moor owners have threatened the government with legal action over the ban.

The RSPB’s head of casework Andrew Dodd told Unearthed: “The Commission’s role in this case has been absolutely central in getting the government to look at this issue and to commit to bringing in a legal change to end burning, now that a voluntary approach has not succeeded. But this was promised 2 to 3 years ago and the UK government hasn’t yet taken this vital last step so it remains a risk that if the European Commission doesn’t continue to act because of Brexit, the government may not honour its commitment to conserve the UK’s peatlands.”

This case is one of six where the EU has begun infringement proceedings, but they have not yet referred the cases to the CJEU. Another, dating back more than two decades, warns that the UK has not given local authorities the power to fully tackle water pollution while three further cases relate to failures to protect wildlife and the marine environment. The four remaining cases are:

Experts say that the future of these cases is more uncertain because they may not be referred to the courts at all.

“The EU Commission says it is committed to more enforcement, but there is the issue of the EU’s budget and whether it’s wise for the Commission to invest in cases regarding a member state that is not contributing…really, it should be up to the UK authorities to ensure compliance with what is now UK law anyway. In some ways, these cases are the first test of whether environmental standards are to be maintained in the UK or whether the government is already seeking to escape enforcement action.”

ClientEarth’s UK environment spokesperson Tom West told Unearthed: “There is a risk that these cases could run into a dead end, if the Commission’s investigations don’t go anywhere and the process is not sorted out so that they get passed over to the OEP – there is nothing currently that guarantees that they will. It’s also unclear whether or not the EU courts and EU Commission will have the ability to impose fines on these cases.”

“The other question is what is going to be the political dynamic of these cases – in what circumstances is it going to be seen as worthwhile or expedient for the Commission to bring such a challenge?”

The UK is facing eight other infringement cases about failures to report to the EU about their transposition of exceptions to legislation restricting the use of hazardous materials such as lead in products like glass or aluminium.

The UK’s new Office for Environmental Protection, which is currently being legislated for through the Environment Bill in parliament will be able to start dealing with complaints from 1 January next year. The OEP will have the power to refer cases to the Upper Tribunal for a new legal remedy called an environmental review, but is not clear if and how current cases at the EU might be passed over to it. The tribunal will be able to order action to happen, but will not be able to impose fines.

A spokesperson from the environment department told Unearthed:

“The environment bill demonstrates our global leadership at a crucial time for the planet – creating a world-leading system for environmental governance, with the Office for Environmental Protection as our independent watchdog with the teeth to hold government and other public bodies to account. We have been clear we will not weaken any of our world-leading environmental standards. Now we have left the EU we will look to enhance these even further where possible.”

A version of this story appeared in HuffPost