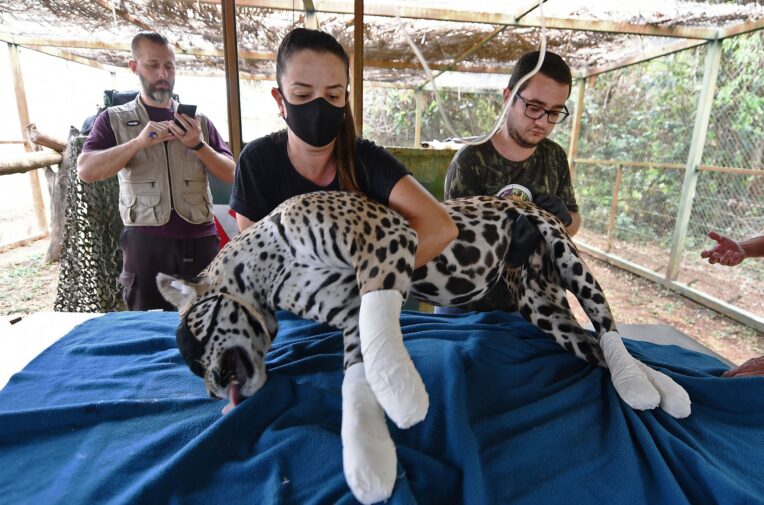 The best environmental journalism of 2020

Here are the stories we wish we had written this year, carefully selected by members of our team: Zach Boren, Emma Howard, Lucy Jordan, Damian Kahya, Alice Ross, and Joe Sandler Clarke

The best environmental journalism of 2020

Here are the stories we wish we had written this year, carefully selected by members of our team: Zach Boren, Emma Howard, Lucy Jordan, Damian Kahya, Alice Ross, and Joe Sandler Clarke

On the consequences of climate breakdown

In September, the 1,200-person town of Berry Creek, in north California’s mountains, was destroyed by a sudden wildfire. This piece tells the story of a small town’s devastation and the larger forces – namely, runaway climate change – that lie behind it. It combines evocative personal accounts with detailed scientific explanations of how the fires came to envelop the town, all wrapped up in an immersive digital package. Explainer journalism at its most gripping.

Floodlines: The story of an unnatural disaster – The Atlantic, Vann R Newkirk II

An absorbing eight-part podcast following perhaps the most infamous natural disaster to ever hit the United States: Hurricane Katrina. Listening to the tribulations of four New Orleanians as they battled nature, human error, misinformation, and racism, you begin to realise that the disaster of Katrina is a vivid snapshot of the future in which climate catastrophes are ever more frequent and ever more destructive.

A typically impressive and wonderfully detailed interactive from the team at Carbon Brief, setting out how everything from wildfires to hurricanes to wildfires was influenced by our changing climate.

Whether through fires, floods, or failing crops, climate change has already driven many from their homes. As the planet continues to warm, millions more will be forced to flee. This series looks at how the great climate migration has already begun, and how it might play out.

Ella Kissi-Debrah: how a mother’s fight for justice may help prevent other air pollution deaths – The Guardian, Sandra Laville

Air pollution has long seemed like a remote issue. Something to be concerned about only when more immediate problems are settled. Then there was Ella Kissi-Debra, a nine-year-old girl from south-east London who died after suffering repeated asthma attacks. Her home in Lewisham was just 25 metres from a major road. On December 16, a landmark ruling by Southwark Coroner’s Court recognised air pollution as a cause of her death. This sensitive piece in the Guardian tells Kissi-Debra’s story and speculates on the impact the ruling might have in the UK.

This year, Emily Atkin’s newsletter ‘Heated’ has become an invaluable resource for journalists covering the climate crisis. Atkin combines her acerbic wit with a forensic understanding of her subject. You should sign up.

The best of previous years

On the crisis in nature

What have we done to the whale? – New Yorker, Amia Srinivasan

Heartbreaking, nuanced, and totally gripping: this beautifully written feature explores the history of our relationship with whales, from an extractive resource to be hunted, to a symbol of our growing global eco-consciousness, to an unknowable victim of industrial shipping noise.

Along with The Guardian and TBIJ, Reporter Brasil has done an incredible job of holding beef giant JBS’s feet to the fire over Amazon deforestation over the past couple of years. This year Reporter Brasil put their impressive data analysis skills to work on this year’s devastating Pantanal wetland fires – the worst on record – showing that they started on farms belonging to suppliers of agribusiness giants including JBS, Marfrig and Minerva. Super important work.

The pesticide industry’s playbook for poisoning the earth – The Intercept, Lee Fang

Neonicotinoids are among the world’s most widely used pesticides, but a significant number of scientific papers has linked them to declines in bees and other pollinators. This deep dive reveals the breadth and depth of the pesticide industry’s strategy to distract and sow doubt about the cause of pollinator declines, alongside a campaign to position companies as champions of bee health in order to keep products on the US market.

The dolphin myth that refuses to die – The Atlantic, Sushma Subramanian

Brazil’s elusive Amazon river dolphins – botos – are critically threatened by hydropower projects, agricultural pollution, and over-fishing. Botos are also enmeshed with centuries of Amazon folklore linking them to sexual violence. These stories date from the rape of Indigenous women by white colonists – survivors sometimes claimed they had been seduced by botos that transformed into handsome men at night. This is a vivid exploration into the dark myths surrounding the botos, and how they affect efforts to save this extraordinary species.

This piece stood out among many stories about oil industry lobbying because it previews the kind of tactics which may now be deployed against an incoming Biden administration, as well as managing to provoke this flouncy response from ExxonMobil.

This eye-opening piece of reporting, with its arresting visuals, brings home the astonishing practice of gas flaring. Much of the natural gas produced by Iraq’s oil fields is flared, lighting up the skies of nearby communities day and night and spewing out chemicals linked to a range of health problems. Faced with an economy hit by war (and now a pandemic) Iraq imports gas – even though the gas wasted by flaring could be enough to power millions of homes.

Few people have as much invested in the continuation of the oil industry as Crown Prince Mohammad Bin Salman of Saudi Arabia. In order to pull off his “vision 2030” to rebuild his country’s economy and keep its young population in check, the Prince needs the state oil firm, Saudi Aramco, to thrive. But all is not well at the company. From concerns over safety, to the maltreatment of non-Saudi workers, this piece sets out why MBS has reasons to worry.

Rebecca Washington, a member of the online lobbying organisation Women for Natural Gas, wants you to know that natural gas “is a safe, reliable source of energy that provides countless numbers of jobs.” That’s great, but unfortunately, she’s not a real person. In fact, very few of those involved in Women for Natural Gas seem to exist. So what’s going on here? A really fun piece, which showcases Leber’s talent for telling climate stories with humour.

On the US election

Biden can rise to the challenge of our climate emergency – New Yorker, Elizabeth Kolbert

As the US Presidential election neared its climax, Democrats around Joe Biden began making a surprising claim about the former Vice President. He was planning an “FDR-sized” presidency, they said, with policies planned to be commensurate with the scale of the crises he will face. This article stood out, both for its examination of what Biden’s climate policy could look like and for its analysis of the position America and the world will find itself in come January 2021.

How maverick rewilders are trying to turn back the tide of extinction – The Guardian, Patrick Barkham

This long read is an escape into a community of people who have often dedicated their lives to the species they love. From butterflies to beavers, they spend their time researching, homing and instigating the release of species into the wild – often illegally. Their methods, and the question of their impact, is controversial and the result is an intriguing look at the debate about how to best save species that are facing a rapid accumulation of threats.

2020 has been a year of climate hype, much of it without foundation. Take Hydrogen: the latest saviour of the oil-industry, which could instead badly derail efforts to tackle climate change. Why isn’t hydrogen the solution to every single problem? Let energy analyst Michael Liebreich explain.

Carbon offsetting, whereby companies cancel out their emissions by investing in conservation or clean energy in another part of the world, has re-emerged in recent years, as firms try to make the sums in their climate plans add up. This piece from Bloomberg tells the story of the growth of this new industry from the perspective of those in a major media company’s offices, to ordinary people living in the Peruvian Amazon.

How do we stay calm in these anxious times? It’s tempting to retreat. To stay in our homes, practicing yoga, and making our way through new varieties of cleansing tea. There are certainly plenty of companies in the business of making this lifestyle seem tempting, even as anyone who has lived through the last nine months can tell you it’s a desperately dull way to live. This article is about how the billion dollar wellness industry is responding to the climate crisis and why we should be wary of it.