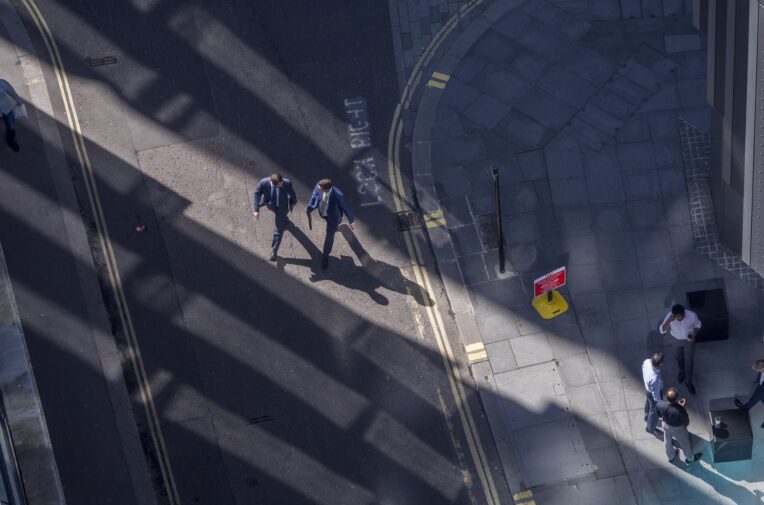 Our new investigation gives a rare insight into the booming carbon market, leading to calls for greater transparency

Our new investigation gives a rare insight into the booming carbon market, leading to calls for greater transparency

Payments for carbon offsets routinely end up in the hands of middlemen instead of the conservationists they are designed to fund.

A joint investigation by Unearthed and SourceMaterial found brokers buying carbon credits from forestry projects in poorer countries and selling them on to consumers and companies, including airlines and oil firms, at inflated prices.

Carbon markets are notoriously opaque and prices are secret but estimates by intelligence firm Allied Offsets, shared with Unearthed and SourceMaterial, identified almost 250 projects where brokers resold credits for at least three times the purchase price.

In one example, leaked emails show a broker claiming to a potential buyer that “typically 85-95%” of any purchase price goes to the project owner. But in the same exchange, the broker offered credits at a price seven times higher than they had originally paid. The broker rejected the suggestion that it was making “large and unfair margins at the expense of project developers” when contacted by Unearthed and SourceMaterial.

A consequence of the lack of transparency in the market is that consumers, who think they are paying to offset their emissions, are often sending the bulk of their payments to companies that do nothing to combat climate change.

“The idea that you’re just paying a large airline to enrich an investment fund is probably not what the customer booking a holiday had in mind,” said Kelsey Perlman, a forest and climate specialist at Fern, a campaign group.

Offsetting is seen by many policymakers as a vital tool to slow climate change and trade is flourishing. Transactions for 2021 are estimated at a record-breaking $1bn and Mark Carney, a former Bank of England governor and a UN climate envoy, has led a task force looking to expand the sector. Commodities giants Vitol, Glencore, and Trafigura all opened carbon trading desks last year.

Opacity and under-regulation mean the conservation projects that should benefit most from the boom are often missing out, according to Gilles Dufrasne of Carbon Market Watch, a non-profit that analyses the offsetting sector.

“We still cannot trust that money used to purchase carbon credits really is used to finance extra climate action,” he said. “This investigation shows again why transparency must be improved.”

Despite its rapid expansion, the carbon market “still operates like a cottage industry”, said Adrian Rimmer, an offsetting specialist at Finsbury Glover Hering, a public relations consultancy. “Prices are all over the place.”

Leaked emails show that one French broker, EcoAct — whose clients include Natwest, easyJet, Air France and Coca-Cola — was in late 2021 offering credits from the Ribeirinhos initiative, a forest protection project in northern Brazil, for £15 ($20) apiece. EcoAct told potential buyers that “typically 85-95%” of the purchase price goes to project owners, but that this varied according to the volume of credits sold and other factors.

Michael Greene, who heads the Ribeirinhos initiative, a project that looks to conserve a threatened area of the Amazon, said he sold credits to EcoAct in 2020 for just $2.75 (£2.10), which would give EcoAct 86% of the market price if sold at £15.

EcoAct’s parent company, Atos, is a French multinational that brought in 11 billion Euros in revenue in 2021. A spokeswoman for EcoAct said: “The suggestion of large and unfair margins at the expense of project developers is false. Factors influencing price, market dynamics, and services provided should also be taken into account.”

She added: “We adhere to all industry standards and have our own robust due diligence processes to ensure that the social and environmental benefits reported by our projects are indeed delivered.”

Asked specifically about the Ribeirinhos credit offer, she said: “We have no sales contract that corresponds to this price for this particular project.”

Greene did not resent the deal, in which his project sold credits to EcoAct. He said the price paid reflected the market at the time and EcoAct had simply benefited from trading, as with other commodities. Others disagree.

“If the money doesn’t get to the projects, what’s the point?” said Louis Redshaw, whose company Net Zero Markets sells offsetting price data. “Price transparency is important so that all participants in the chain can be aware of the numbers involved. That way they can make appropriate decisions about when to buy or sell.”

The market in offsets allows traders to make significant margins with little direct involvement in projects.

Dutch Green Business Group (DGB), which has Nigel Farage as a notable backer, last year sold credits from a reforestation scheme in Sierra Leone to a nameless “multinational energy company” for $10 per tonne at a 60.7% markup. Unearthed has learned that DGB was able to make this sale despite having no direct relationship with the project. Instead, the firm purchased credits from a carbon broker, sold them on, and banked the profit. DGB claimed profits from this trade went back into new projects, in response to a factchecking email from Unearthed.

This story was published with

Worldview, a foundation that runs a mangrove conservation project in Myanmar, said it sold carbon credits for around $10.70 to a Swiss reseller, MyClimate, which then offered for sale at more than $30.

A spokesman for MyClimate said the organisation set the price after “market fluctuations” and that it reflected the cost of replacement credits for its clients in the event the mangrove project failed. He noted that the political situation in Myanmar later caused customers to drop out.

Registered as a non-profit, MyClimate in 2020 made a surplus of 5.1m Swiss francs ($5.4 million), most of which it paid into a fund that has grown steadily since 2016 and in its latest annual report was recorded as being worth 23.7m francs ($25.3 million).

MyClimate says it sends 80% of its revenue to this fund and that this money is used to buy credits from other projects that are then sold to clients to “maximise climate impact”.

On its website, MyClimate does not mention that much of the money it receives for carbon credits may not go to the project itself and could instead be diverted to the investment fund.

A spokesman said he felt the organisation’s website was clear and reiterated that “80% of the offset revenues are earmarked for climate protection projects”.

Today, as the resale market thrives, conservationists pushed into signing long-term deals during a mid-2010s price slump are cut out of the bonanza.

Andrew Mahar, who runs a reforestation project in East Timor, said he was inundated with aggressive advances from several carbon brokers in 2015.

“They told us working with them was the only way to get into the market,” he said. “They were looking to drive the price to the bottom, rather than a drive to the top to make these projects work.”

Mahar was able to reject the approaches after gaining “no-strings” help from a donor and, unlike many of his peers, now sells credits for £35 per tonne of carbon dioxide removed from the atmosphere, funnelling 90% of his income back to local farmers.

“It was pretty outrageous that these companies would offer low and then go and sell for high when all they were doing was sitting on a computer making connections and the farmers were out there working to keep the trees alive,” he said.

Others who didn’t enjoy the same backing as Mahar were not as lucky.

One Asia-based conservationist, who is now locked into an exclusive contract with a Singaporean broker and asked not to be named for fear of alienating future buyers, said: “the broker got the deal of the century”.

The carbon market—which has grown significantly over the last 18 months or so—is packed with buyers out to make a quick killing, said Steve Wentzel, a co-founder of Carbon Green Investments, an organisation that runs a project in Zimbabwe.

“There’s a lot of people who are buying fairly large volumes of current stock and asking for futures,” Wentzel said. “Buy low, sell high. There’s a lot of demand from those kinds of buyers. We try not to get involved with them as much as possible because it doesn’t do us any good.”

The market needs a radical overhaul if it is to have the positive impact touted by advocates such as Carney, rather than simply offering a new mechanism for savvy traders to cash in, argued Dufrasne.

“If the broker gets several times more money than the company that is actually delivering the climate benefits, then something is clearly very wrong,” he said.

Even in a perfect world, there are concerns that carbon trading is just another false solution that ignores the root of the climate crisis.

“If you take a cut you have an incentive to sell as many credits as you can,” said Niklas Kaskeala of Compensate, a non-profit broker that charges clients a flat fee when selling them credits. “The danger of the market model is that brokers will encourage clients to offset emissions rather than reduce them.”

Cutting pollution is a more effective way of fighting climate change than offsetting, he said.