Cabinet reshuffle: What the Whitehall shake-up means for the environment 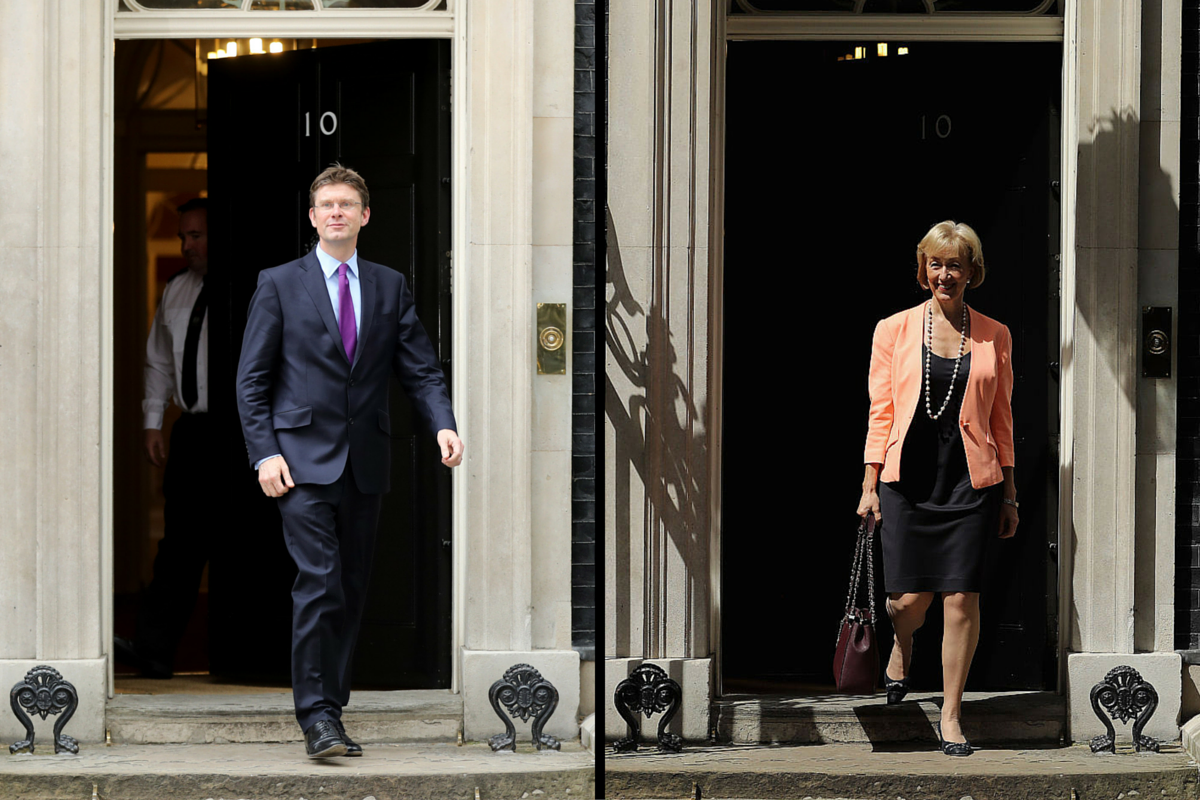 The Department of Energy of Climate Change (DECC) is gone, merged with a diminished Department of Business, with something new called ‘Industrial Strategy’ tacked on.

Climate change will stick with the energy brief instead of moving over to DEFRA, though it is no longer a headliner.

The Department of Business, Energy and Industrial Strategy (DBEIS, I guess?) will be led by ex-Communities Secretary and one-time Shadow Energy Minister Greg Clark

Let’s start with him.

‘Green Tory’ Clark has gotten a lot of stick during his time at Communities, where he was tasked with fast tracking fracking and halting the spread of onshore wind turbines.

That would mean local councils would be stripped of the ability to block planning applications for fracking wells in local communities, instead giving final say to unelected planning inspectors.

He also recently blocked the development of solar farms proposed for the green belt.

.@gregclarkmp an excellent appointment & has chance to align UK industry, energy & climate policy as never before

All that said, most people in the green sphere seem pretty keen on Clark, whose views on fracking and solar panels were – after all – towing the government line.

“Green policies do a lot more than protect our environment; they create immediate new jobs in construction, manufacturing and services, they reduce energy bills through greater efficiency and they will help reduce our balance of payments deficit in the longer term by reducing our dependence on imported fossil fuels,” he has said.

Our own reading shows that he champions EU air quality directives, expressing concern that London’s pollution problem could see it become the ‘Mexico City of Europe’.

He’s also been highly critical of plans to expand Heathrow, calling the airport a ‘single monster’ that is gobbling up the UK’s carbon budget.

Indeed climate change may no longer be in the name of his department — but everything we know about Greg Clark suggests that it will remain a priority for the Secretary of State.

Back when he was a shadow energy minister, he was a clear and clever advocate for the low carbon economy and stressed the significance of a strong climate policy.

On Hinkley, the deeply problematic nuclear project that Clark will oversee, it seems that he sees this as a key part of tackling climate change.

We know, for instance, that Clark signed off on a £270m deal designed to support the supersized power station.

The controversial former energy minister, who was runner-up in the recent the race to become PM, has been handed the Department of Environment, Food and Rural Affairs (DEFRA) as a consolation prize — or punishment, depending on how you look at it.

The Department will be especially hard to handle in the wake of Brexit, for which Leadsom was one of the biggest advocates.

EU subsidies are fairly key to the UK’s farming sector, and that funding is in doubt as the government negotiates its European exit.

In one of the EU referendum debates, Leadsom said the UK would “absolutely continue in the short term to provide those subsidies whilst we think about what makes sense”.

This is what @andrealeadsom said about farming subsidies in @guardian EU referendum debate https://t.co/fXJDmvw3OP pic.twitter.com/0Wb4L8KcX7

This was key to the National Farmers Union — which, by the way, supported Remain for this very reason.

She’s historically been interested in the topic, having blogged in 2007 about whether the UK really needs its own farming industry.

WOW. In Leadsom, Defra gets an environment secretary even more Eurosceptic than Paterson. Almost all policy derives from EU law/goals

She has promised to keep much of that EU policy which applies to everything from protection of parks and bird life to air pollution.

Speaking to the Countryside Alliance, she said: “I have no plans to change current levels of protection. We will tailor our Environment Policy to our own landscape and wildlife.”

But in her brief leadership campaign, she put the return of fox hunting front and centre.

However, before checking in with top dogs May and Hammond, let’s revisit Leadsom’s year at DECC, where she cultivated quite the reputation.

She arrived unsure of whether climate change was real, she is an ardent supporter of the government’s ban on onshore wind farms, and she was the face of the unpopular green subsidy cuts.

That, coupled with her ties to climate sceptics like Owen Paterson and right wing US groups like ALEC, does not paint the picture of an especially ‘green’ minister.

That said, she recently said she was now convinced that climate change is, indeed, a thing; a line she has toed ever since.

The new Prime Minister will obviously have something to say about the country’s energy and climate policy, as will her second-in-command at the Treasury.

May, who hasn’t been especially outspoken on these issues in a number of years, has indicated that she doesn’t support subsidies for nuclear power, opposes the development of a new runway at Heathrow, and frames the fight against climate change in terms of national security.

She was one of just 30 rebel MPs who abstained from the vote on whether to allow fracking under national parks (whereas the Tory majority voted for it).

In her only speech during the leadership campaign, however, she dropped the decarbonisation part of the UK’s trilemma, saying she wanted “an energy policy that emphasises the reliability of supply and lower costs for users”.

The Spectator speculates that she’ll be advised by the modern 2020conservatives thinktank, led by  Greg Barker, but her long-time aide blames the Climate Change Act for the UK’s steel crisis.

Meanwhile Hammond is likely to be a more climate-friendly chancellor than his predecessor — having said that tackling climate change is key to Conservative values.

On the specifics he has said Hinkley will go ahead and talked up the opportunities of mining in the Arctic.