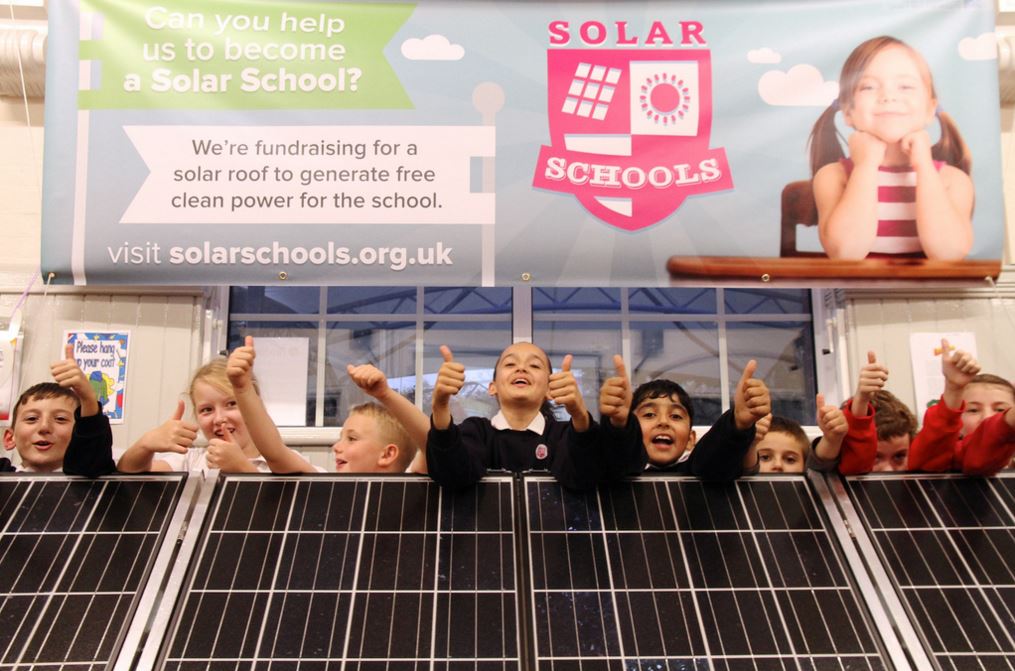 It was all going so well for solar in the UK.

By the summer of 2015, PV deployment and penetration were both way up, costs were way down, and storage was becoming ever-more viable.

In fact, the boom years helped set up a record-breaking 2016, in which solar power surpassed coal power for the first time — and then kept on doing it.

But now the industry is mired in a battle for its future as a change to tax rules threatens to increase the charge on solar panels for non-domestic use – including schools – by up to 8 times.

So what happened then?

The decline started when the new government took an axe to the Feed-in-Tariff (FiT), the subsidy scheme supporting small-scale solar.

What was originally conceived as an 87% cut was reduced to a still significant 64% following vociferous public backlash.

The move came hot on the heels of the decision to end early the Renewables Obligation subsidy, which had previously supported large-scale solar, thus marking the symbolic end of the so-called ‘greenest government ever.’

In an interview with Unearthed around that time, Juliet Davenport, CEO of Good Energy, admitted that changes were probably necessary to reflect the gains made in the sector (the cost of solar had fallen by 75% over five years) — but that the scale and speed of the cuts risked crushing the industry just as it was taking off.

“Whenever they change something it’s difficult,” she said, “and to a certain extent there was a need to change.”

“The way they’ve gone about it, however, feels a bit like a hatchet job.”

What did the subsidy cut do?

With confidence shattered, solar companies began shedding jobs at an alarming rate, and some even collapsed outright, most notably the Leicester-based Mark Group, where nearly 1,000 jobs were lost.

A report by PwC earlier this year put solar sector job losses at more than 12,000 — representing a third of industry jobs.

International solar giants such as SunEdison pulled out of the UK, claiming the cuts “will essentially eliminate the solar PV market.”

Hyperbole aside, the data actually bears out that criticism, with 2016 stats showing rooftop solar deployment plummeting vs the year before.

Though not everyone will think that’s a bad thing — some in government aren’t sure it ever made much sense for the UK to be pursuing solar at scale.

The FiT cuts also threaten the emergence of community-based energy projects, with one study saying more than £100m of investment in local schemes is under threat.

And it gets worse for the beleaguered sector.

Well, it’s about to become more expensive for businesses to put solar panels on the roof.

An unforeseen consequence to the subsidy cut has emerged: The government’s draft 2017 business rates (property tax for businesses) fail to take into account the changes made to the FiT.

This will impact the vast majority the 23,000 commercial rooftop installations in England — thousands of offices, schools and hospitals, many of which installed solar to help save money on their energy bills.

Basically, the government is set to raise rates on solar sites where the electricity is mainly used for self-consumption by up to 8 times what they currently are.

To give an example: a 100kW solar system will go from getting a bill of roughly £400 a year now to one topping £2,700 under the proposed rates.

Not only will it hit businesses like Ikea, but also state schools who are taking part in the solar schools initiative. In a bizarre quirk private schools won’t be effected.

That kind of cash would dwarf the cost it takes to operate and maintain such a system (which is around £1,000 a year) — meaning businesses may actually lose money year-on-year from their installed panels.

The new rates are still just a draft, and won’t take effect until April — so it’s not exactly set in stone.

If they wanted to, all the government needs to do to avoid the dramatic rise is introduce a piece of secondary legislation that would see self-consumption solar classified alongside solar projects that feed power into the grid.

This was pretty much already done for combined heat and power, so wouldn’t be especially complicated. It would, however, allow solar to remain a growing and viable part of the UK’s energy mix and it’s not entirely clear that’s what ministers want.

Still it would be a move championed by some businesses – including solar seller Ikea and solar user Sainsburys – who wrote to government demanding it stop the incoming solar tax hike and set more reasonable rates so the industry can keep growing.

We’ll see if that happens.