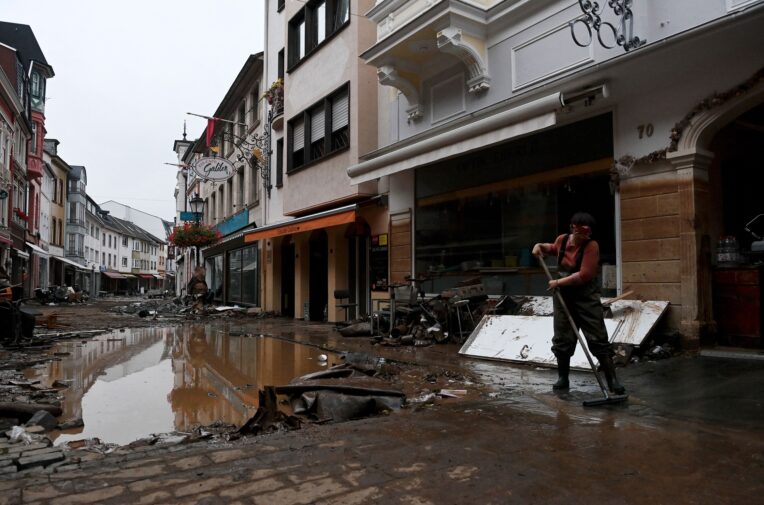 The best environmental journalism of 2021

The stories we wish we had written this year, selected by our reporters and readers

The best environmental journalism of 2021

The stories we wish we had written this year, selected by our reporters and readers

What’s it like to live in extreme heat? This year, the BBC travelled around the world looking to answer the question by speaking to ordinary people living in increasingly inhospitable areas. From struggles for water in Mexico to farmers escaping desertification in Mauritius, BBC journalists showed how rising temperatures as a result of climate change are changing people’s lives.

The climate crisis might affect us all, but it affects some more than others. This dispatch from Coachella Valley in California illustrates this perfectly. Focusing on a town called Thermal, where temperatures regularly surpass 35 degrees C, this piece is about an emerging climate gap in the rich world, or rather how wealthy individuals in southern California can insulate themselves from the worst impacts of our warming planet.

Hundreds of workers at a lead smelter in Tampa, Florida have been exposed to harmful chemicals, leading to permanent health consequences, according to this forensic investigation by the Tampa Bay Times, in collaboration with PBS Frontline. What makes this piece stand out is the level of detail. Not content with collecting decades-old documents to spot regulatory gaps at the plant, the reporters also obtained and analysed blood-lead tests of more than 500 Gopher employees from 2014 to 2018. Nearly every worker had been exposed to enough lead to be at risk of major health problems.

This summer Rebecca Leber, then of Mother Jones, looked at how for years the fossil fuel lobby has worked to get gas stoves into people’s homes – and to push back against research showing the public health impact of cooking with gas. Read the piece that got Americans wondering if it was time to get an induction hob.

‘When can we really rest?’, Nadja Drost, The California Sunday Magazine

“How many more days?” For the group of migrants looking to get to the US by hiking through the jungles of northern Colombia, this is one of the most frequently asked questions. An extraordinary piece of journalism by Nadja Drost on the horrors faced by people looking to find safety and opportunity in an increasingly unstable world. It won Drost the 2021 Pulitzer Prize for feature writing.

“The plan to save the world from the worst of climate change is built on data. But the data the world is relying on is inaccurate.” That’s the startling find from this investigation by the Washington Post, published in the middle of the UN climate summit in Glasgow. This piece looked at documents detailing climate mitigation efforts submitted to the UN by 196 countries. The reporters found that countries could be undercounting emissions by as much as 13.3 billion tons a year.

Carbon Brief’s internationalisation in recent years has been a boon for climate journalists. In the run-up to COP, a series of analysis pieces lifted the lid on how climate change is viewed by the Chinese leadership. From President Xi’s early environmentalism to how record-breaking smog in Beijing created a public call for climate action: this piece gave readers the longview of how the country became an unlikely climate action champion, as well as being the biggest emitter in the world.

The best of previous years

The threats faced by the Amazon have rarely been off the news agenda since President Jair Bolsonaro came to power. Deforestation in the Amazon is driven by illegal land-grabbing, and this powerful BBC Brasil investigation revealed how Facebook is playing a part, with plots of Amazon land found for sale on the site’s classified ads service. The protected areas included national forests and land reserved for Indigenous people, and invaders were secretly filmed boasting about the profit to be made by “investing” in the forest.

The destructive links between beef and the Amazon are common knowledge now, but what about leather? This rigorous cross-border supply chain investigation tracked leather produced by ranchers in the Amazon’s highly threatened Jaci-Paraná reserve to the luxury car industry in the United States. The reporters found that thousands of cattle illegally grazed in the reserve were sold to major meatpackers, which supply automakers in the US.

“Cobalt,” one Congo mining chief said, “it makes you dream.” How that dream became a nightmare for one of the world’s most troubled regions is truly riveting and deeply upsetting. A town that tore itself apart to get at the glut beneath its feet, children sent into mines, the practice of horrific superstitious sexual violence, and, inevitably, the arrival of global superpowers to hoover up all the money. A stunning illustration of why the green revolution must be different from the resource rushes of the fossil fuel age.

A Nonprofit promised it would preserve wildlife. Then it made millions claiming it could cut down trees, Lisa Song, James Temple, ProPublica and MIT technology review

As the corporations zeroed in on carbon credits based on planting or protecting trees to meet their net-zero promises, journalists searched far and wide for the most maddening case study. ProPublica may have found it with this story of a conservation NGO threatening to cut down the forest it protects in order to qualify for a significant new revenue stream. That threat doesn’t just mean money for the Massachusetts Audubon Society, however, it also means millions of tonnes of CO2 will be emitted whilst still complying with California’s climate regulations.

Launched near the start of the pandemic, the new nature publication Inkcap Journal has taken off in the last year, filling a significant gap in reporting on the UK environment. It kicked off 2021 with Future Land, a series of interviews with people thinking deeply about the UK’s land, taking on topics from regenerative farming to rural colonialism. This year we also enjoyed an investigation, which used freedom of information requests and dug into data to find out what councils are doing (or not doing) to act on the nature crisis. There was also a beautiful photo essay that used portraits to explore what nature means to people in England.

Texas and New Mexico are littered with abandoned oil wells. As well as spewing out greenhouse gases, these orphaned wells could cost over $1bn to clean up in the coming years, according to this well-presented investigation by Grist and Texas Observer. This detailed piece is lit up by testimonies from people living with decaying fossil fuel infrastructure in their backyards.

If you’ve ever wondered what happens to your clothes when you get rid of them – or send them to charity – then ABC has some depressing answers and startling imagery in this interactive look at the impact vast volumes of second-hand clothing that the Western world sends to Ghana. The eye-opening interviews explore the nuances of the problem and the storytelling is simply stunning. There’s even a short film if you want to dig deeper.

How does Europe get its gas?, The FT’s Visual Storytelling Team and David Sheppard, The FT

This autumn, as gas prices surged and millions of people in Europe struggled to pay their bills, the FT looked at where the continent gets its energy from. The result is a clear piece of explainer journalism on the complex geopolitics behind the power crisis, all illustrated beautifully by deceptively simple maps and diagrams.

One of a series of impressive investigations published by DeSmog this year, this piece was an overview of how chemical giants have looked to influence climate and environmental legislation in the EU in recent years. With much of the British press no longer focused on Brussels, this was a valuable piece of analysis, coming at a time when the EU was considering significant climate legislation.