Q&A: Is the UK getting off coal? 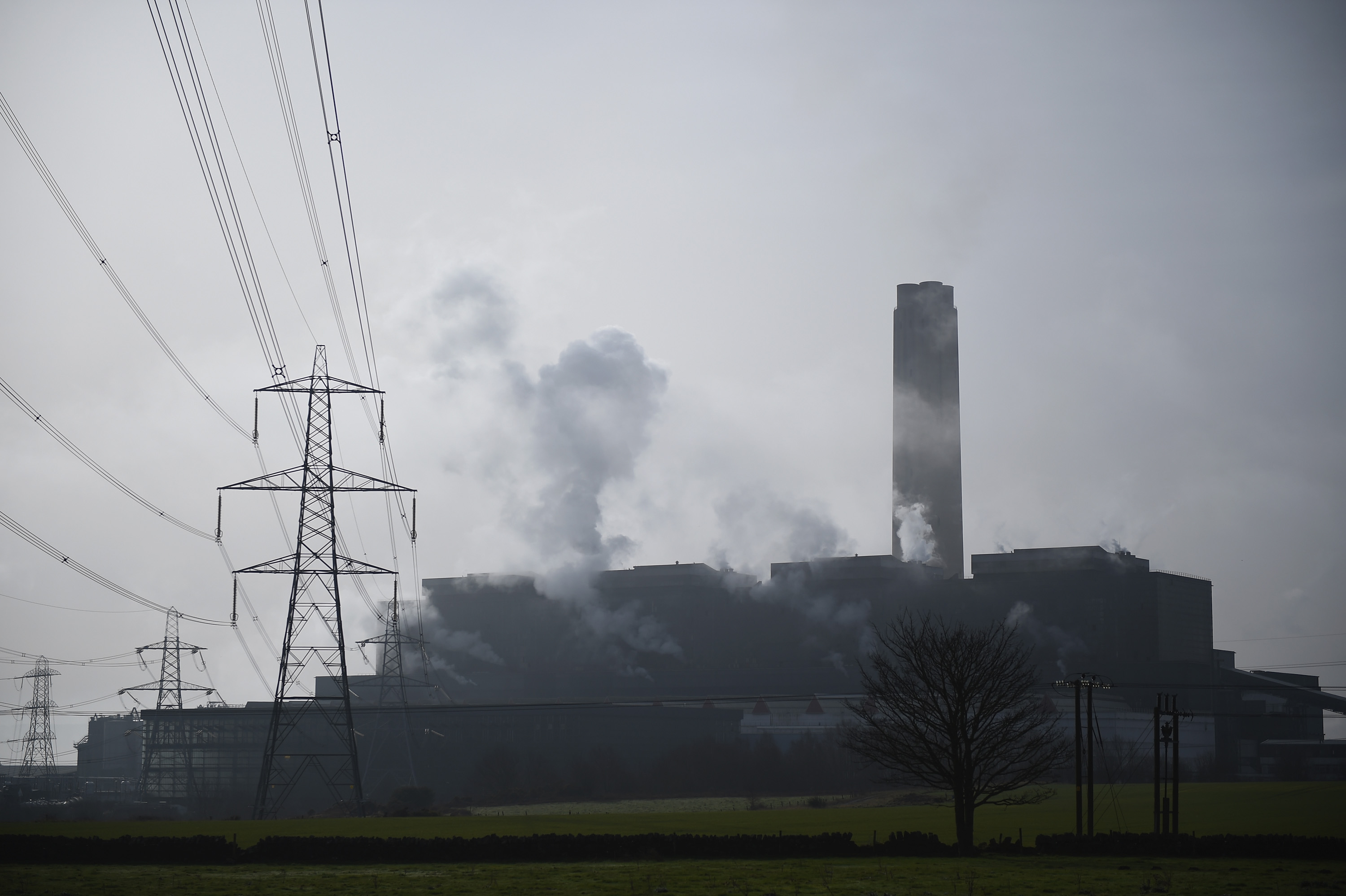 Coal is coming to an end in the UK.

For hundreds of years those little black rocks have fuelled the country’s development — from industrialisation all the way through to modernisation.

But today, in the 21st century, coal is anything but modern.

And like a kid cramming for an exam the night before, the UK is trying to do something about catastrophic climate change before it’s too late.

Essential to that ‘something’ is transitioning from using dirty fossil fuels – especially high carbon coal – to renewable energies like wind and solar.

In the UK the great coal phaseout appears to already be underway, with the Department of Energy and Climate Change (DECC) claiming the country will count on coal for just 1% of its energy by 2025.

There’s also only one remaining deep coal mine; and even Kellingley Colliery is set to shut up shop by end of year.

On the surface it looks like the UK is making that ‘something’ happen, but there’s more to it than meets the eye…

So first off, why would the UK want to get off coal?

You can’t really be burning coal if you’re serious about tackling climate change.

Not only is the number one source of carbon emissions around the world, it’s also way more carbon intensive than any other fossil fuel per unit of energy.

There is the prospect of Carbon Capture and Storage (CCS) – which does exactly what it says it does – but that pipe-dream may never happen as the collapse of the the UK’s leading project last week demonstrates.

So until – or if – that comes to fruition (in a cost effective way) we’re stuck with coal as it is. Which isn’t great for the planet, and especially not for the people who live on it.

If imminent climate catastrophe isn’t urgent reason enough for you, well how about that coal pollution is killing people right here right now.

A 2013 study by the Health and Environment Alliance (HEAL) found that pollution from UK coal power plants is responsible for 1,600 premature deaths every year.

A more recent analysis, this one by Climate Action Network Europe, claims coal pollution deaths cost the British economy up to £7 billion per annum.

All the coal power plants in the UK. The bigger the bubble, the greater the carbon emissions

But can we stop using coal and keep the lights on?

Actually yes, even if it isn’t exactly straightforward.

According to an IPPR report from this year, if the UK stopped using coal tomorrow then gas, demand-side management and a range of smaller measures could compensate for its absence.

Research by energy consultancy Trilemma has detailed how the UK could accelerate its coal phaseout, and take it off the grid entirely by 2022.

Right now, however, the government is actually paying to keep coal in the mix via the capacity market, which is designed to ensure security of electricity supply.

What was envisioned as a subsidy for gas-as-energy-insurance has been coopted by coal, with £290 million in taxpayer money going towards keeping it online in case of emergency.

Yikes, well how much do we actually use?

Still quite a bit.

The trend, however, is undoubtedly directed downwards.

It certainly looks like a phaseout. But there still remains a question over whether the country will stop there, and continue using the coal it currently does.

On the supply side of things, we’re not digging up much at home but we are shipping in tens of millions of tonnes from overseas (mostly from Russia).

We’re burning less coal too, with consumption lower in 2014 than at any point since the Industrial Revolution.

That was achieved due to a combination of factors; the rise of renewables; the price competitiveness of lower (but not low) carbon gas; and a shrinking fleet of coal-fired power stations.

After a raft of coal plant closures in recent years, there are only 11 currently operating in the UK. And they’re all really old.

By mid-2016, two more big coal power stations will have been put out to pasture.

That said, with the coal price at historic lows, household suppliers are increasingly sourcing their energy from coal.

It was revealed this summer that Big 6 giants British Gas and SSE – who together account for 40% of the UK energy market – use more coal-fired energy today than they did 10 years ago.

Even plucky upstarts like First Utility are predominantly coal-powered.

Didn’t David Cameron say he was going to phase out coal?

In February of this year, the Prime Minister, Labour leader Ed Miliband and Lib Dem head honcho Nick Clegg issued a joint statement promising to get the country off coal.

But actions speak louder than words and the Conservative government has taken a series of steps to protect the coal industry and undermine said pledge.

Firstly there’s the business of the carbon price floor. It was supposed to increase year-on-year, devastating the economic incentive for high carbon energy.

But, after some serious and secret big coal lobbying, the government chose to freeze the CPF in its 2014 budget at a measly £18. It doesn’t look as though it’s going to get much higher than that.

Remember that DECC said coal would only represent 1% of the energy mix by 2025?

Basically, since the primary mechanism for the phase-out isn’t happening the way they said it would, DECC’s coal calculations just don’t add up.

Until they update their projections, we won’t know when coal in the UK will actually end — and it probably won’t be by early 2020s.

That’s not the only thing Cameron and co have done to undermine the coal phaseout policy.

According to documents seen by Unearthed, the government has argued that the rules, which are already less stringent than equivalent ones in the US, Japan and even China, could potentially kill the country’s coal sector.

So much for wanting to move away from coal.

Wow. Well, the mining has stopped though?

Funny you should say that…

While all the deep coal mines in the UK are closed or closing, open cast is still alive and well — and it’s far dirtier.

The number of open pit mines in England and Scotland may be falling, but in Wales there’s something of a boom — despite strong local opposition.

But you’re right, the UK doesn’t have much native coal. Instead we just ship most of it in from elsewhere.